Cambodia proposes ASEAN to join the fight against Kuwait-19, not to tend or divide allies 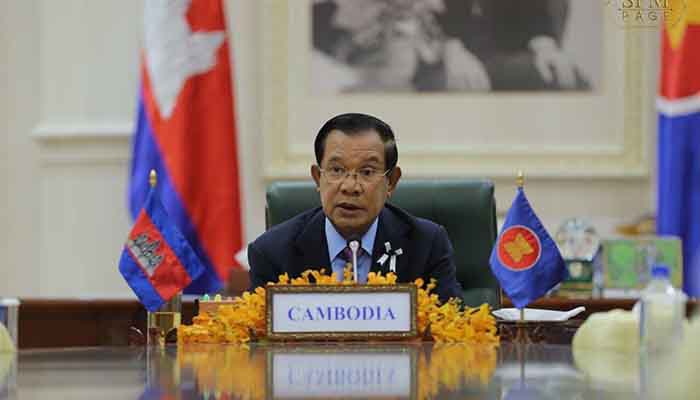 Cambodia proposes ASEAN to join the fight against Kuwait-19, not to tend or divide allies

Cambodia's Prime Minister Samdech Akka Moha Sena Padei Techo Hun Sen has asked Asean members to come together to fight the deadly disease of HIV / AIDS and that this is not the time to accuse, discriminate or divide allies.

At the 36 th ASEAN Summit through the video "Cohesion and Response" on June 26, 2020, Samdech Techo said that the pandemic 19 presents some challenges. Unprecedented issues such as public health safety issues, disruption, concentration, and functioning of the global supply chain.

"In this context, a common response and solidarity on the basis of multilateralism, especially under the UN framework, is absolutely indispensable," he said. Of course, this is not the time for us to accuse, discriminate or divide allies based on any political agenda. "

In this regard, Cambodia fully supports the WHO's constitutional mandate, which is playing a central role in leading the global fight against the epidemic. While waiting for the very first vaccine to be successful, Cambodia is calling for it to be a global common commodity that everyone in the world can access.

In his speech, the Prime Minister added that ASEAN is proud that ASEAN is a success compared to other regions in the fight against the disease. In April, Cambodia held a special meeting on the issue on video and agreed on a number of concrete measures to reduce the impact of the outbreak of the disease.

In addition, the Prime Minister of Cambodia stressed that as a destination forward, ASEAN needed to be strategically prepared for the post-Cold War era in order to achieve this goal. Be specific and careful through the launch of a number of scenarios, enabling cross-border travel and trade between countries in the region, and revitalizing areas most affected by the crisis. Kovid-19 ៕