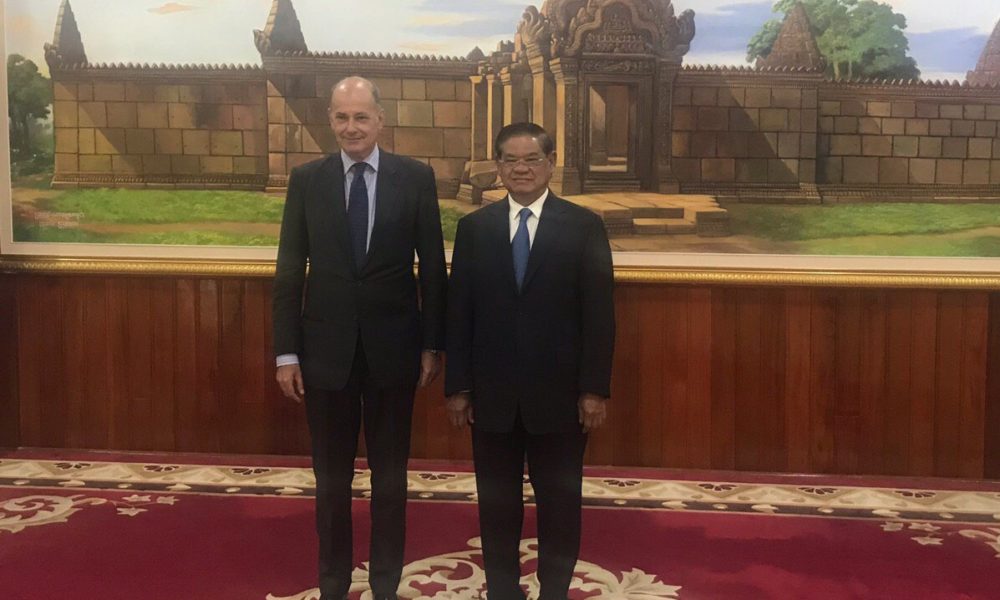 Cambodia has always worked with the United Nations High Commissioner for Refugees (UNHCR) for cooperation on refugee protection and asylum seekers.

Meeting with Mr. Giusepe de Vincentis, UNHCR's new representative on the afternoon of February 11, 2020, HE KRAM Kheng, Deputy Prime Minister, Minister of the Ministry of Interior, reminded that Cambodia Is a signatory of the 1951 Refugee Permit, so it has the responsibility to screen all persons who are subject to persecution, as well as Under political reasons or those who fled the war under the conditions as stated in the 1951 Convention.

"In general, Cambodia has always done well in cooperation with the UNHCR on the protection of refugees and asylum seekers," he said.

Giusepe de Vincentis praised Cambodia, which in the ASEAN region does not have many countries as signatory to the Refugee Convention, but Cambodia is one of the signatory states. He is committed to continuing to provide support and sharing experiences with the Ministry of Interior and other specialized units of the ministry to make this work more successful, especially the capacity building of officials and other work that the Ministry has the need to ask UNHCR for assistance. .

He emphasized the issue of refugees in the current context is becoming more complicated, with the latest figure reaching around 70 million people worldwide, and as a result of this war, economic crisis and other problems, UNHCR is trying to solve.