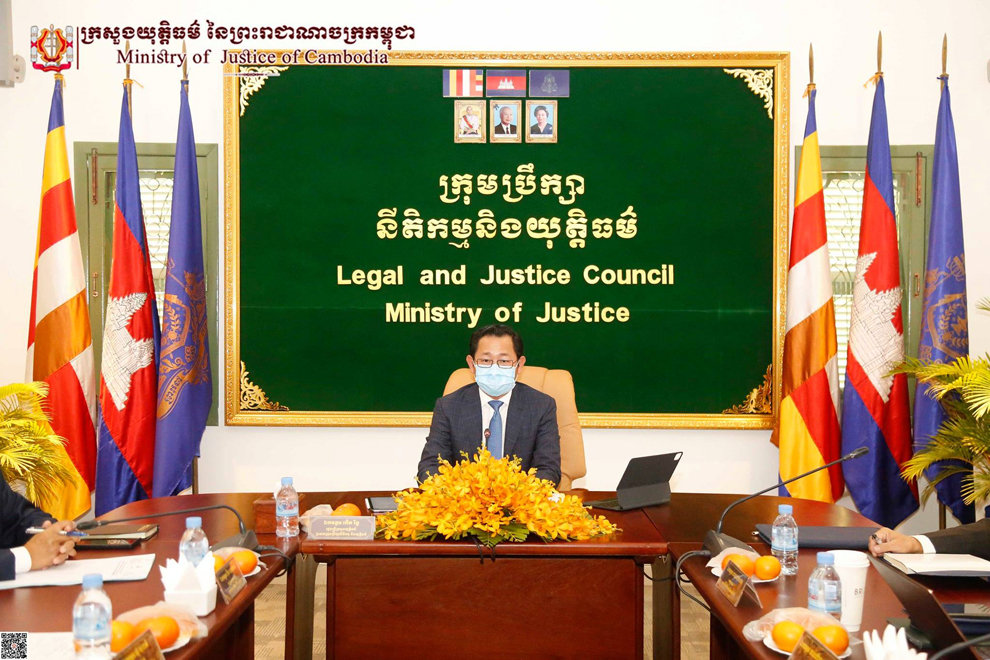 
Phnom Penh: The Minister of Justice, Mr. Keut Rith, on January 21 issued two separate decisions on the establishment of the Commission for the Management of Commercial Courts. And the Labor Court to address the necessity of the case, which is expected to be launched later this year, is what civil society That's good, but it should improve the selection of judges.

The two commission members are composed of 20 members from the Ministry of Justice, the Supreme Council of Magistracy, the Royal Government Delegation, the President of the Phnom Penh Municipal Court, the President of the Court of Appeal and officials. Some more relevant. According to Keut Rith's letter, the arrangements for the two courts are based on necessity.

For the preparation of the business court process, the 20 members are responsible for preparing the legal documents related to the operation of this court in the court. The lower court and the Chamber of Commerce of the High Court. The Commission shall also study and prepare locations for the courts, regulations, trade procedures, determine the types of trade disputes, human resources, budget for court proceedings and duties. The Minister advised.

For the organization of the labor court process, the same 20 members must perform the same work, but related to the field of labor. This decision allows the Commission to invite experts from ministries, national institutions, international institutions and the private sector to attend consultative meetings as necessary. .

He said: "Just now, under the leadership of the new Minister, he pays attention to how to prepare. "To operate these two courts in accordance with the law on the organization of our judicial organization by the end of 2021."

He added that the two courts are not separate from the existing ordinary courts, only divided into experts, with a division of judges. Go through the skills and divide the case according to the type of case. In the past, commercial and labor disputes have been settled by civil courts. After the Commercial Court and the Labor Court are processed, such cases will no longer go to the civil courts.

"The establishment of the labor court is for the effectiveness of the case," he said. The person who has to deal with him has clear skills and he is only in charge of the case, not necessarily in charge of the many cases that make him Difficult and not enough time to research. It also helps to resolve case congestion. ”

Sok Sam Oeun, a legal expert, said the establishment of such a specialized court would help judges avoid confusion over the handling of cases. Many things that make the trial unfair.

If the court is not good, good investors are less likely to come because they are afraid.

"Therefore, if we make the commercial court good, it is neutral, independent and impartial, it can make investors rich," he said. "Trust."

Similarly, Moeun Tola, executive director of the Center for Labor Alliances (Central), said the establishment of these two sectors would be a good thing if the courts Resolve those disputes on the basis of law and discretion. He believes that the law on the administration and functioning of the judiciary, the selection of judges should be improved to avoid corruption or influence. Politics.

"It is necessary to have separate courts in each sector, such as the general court, the labor court, the commercial court," he said. Karma. "But there is a further need for reform of the legal system to govern the entire judicial process."