By June 26, Cambodian peacekeepers infected with Kov-19 in Mali have completely recovered 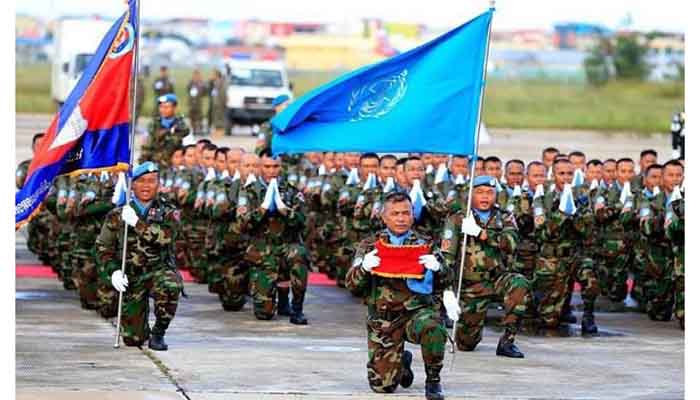 By June 26, Cambodian peacekeepers infected with Kov-19 in Mali have completely recovered

PHNOM PENH, June 26 (Xinhua) – Cambodian peacekeepers infected with the Kov-19 virus in the Republic of Mali have completely recovered without any new cases, a spokesman for the Ministry of National Defense said yesterday. No more.

According to General Chhum Socheat's Facebook page on June 26, "So far, June 26, Cambodian peacekeepers who contracted the 19-infected corpses in the Republic of Mali are hospitalized. “There is no such thing as a fresh infection of Cambodian soldiers anymore.”

He added that in Mali, 10 Cambodian peacekeepers were on a mission under the UN umbrella, following the outbreak of Kov-19. Nine of them were cured and one died on May 29, 2020.

He added that although the world has faced the outbreak of the disease 19, the Royal Government of Cambodia and the Ministry of Defense have not been slow in sending forces to carry out humanitarian work through the UN abroad.

So far, Cambodia has five forces totaling 787 men (76 women) on a peacekeeping mission under the UN umbrella, including Lebanon, Sudan, South Sudan, Mali and Central African Republic. Apart from Mali in four other countries, no Cambodian peacekeepers have contracted the disease.

The Ministry of Defense, through the Centers for Peacekeeping, UXO, and UXO continues to monitor and provide regular guidance and remind all forces to be vigilant and continue to follow the guidelines. The Ministry of Health and the government in the fight against the disease, Kov-19.