By July 20, more than 530,000 poor and vulnerable families will be subsidized during Kovid-19 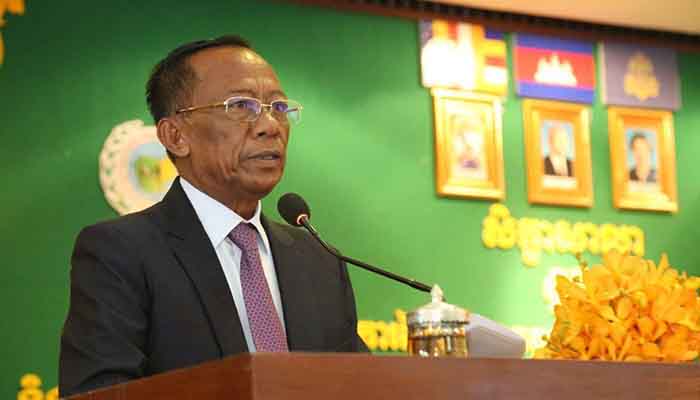 By July 20, more than 530,000 poor and vulnerable families will be subsidized during Kovid-19

Phnom Penh: Mr. Vong Soth, Minister of Social Affairs, Veterans and Youth Rehabilitation, said that as of July 20, 2020, more than 530,000 poor families were affected during the period of Kovid-19 disease on 56 Ten thousand families. According to the Ministry of Social Affairs' Facebook page.

On June 24, 2020, the Royal Government of Cambodia officially launched a cash subsidy program for poor and vulnerable families during the fight against Kovid-19.

During a workshop on the Procedures and Procedures for Implementing a Cash Support Program for Poor and Vulnerable Families During the Fight Against Kovid 19 on July 20, 2020, Mr. Vong Soth said: This July, the government of Cambodia will provide 530,000 out of 560,000 subsidies to poor and vulnerable people during the Kovid-19 disease.

He also reminded the people as well as the local authorities to inform the remaining local people who have not yet paid, please hurry to open before the deadline for the first round, which was implemented from the 24th. June 2020 to July 24, 2020.

He added that for people who have already opened in June (Round 1), please open the second round from July 25 to August 24, 2020, which is the opening month. Second (Round 2) of the Royal Government of Cambodia in the Wing agencies, there is no need to go to the commune.

Please note that in order to receive this allowance, poor and vulnerable families must have a valid equity card based on poverty level: poor level 1 (poor) or poor level 2 (poor) and go to verify the program list. Donate cash to poor families during the fight against Kovid 19 at the commune hall. By: Eng Bou Chheng