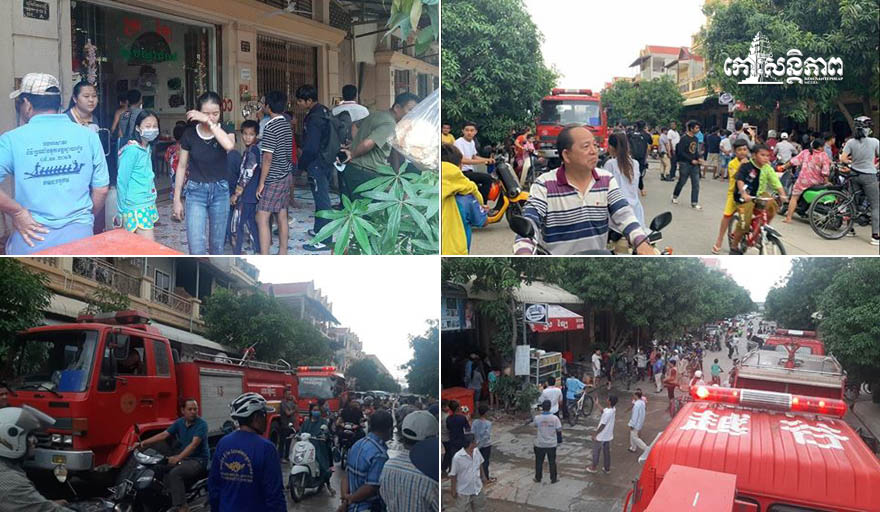 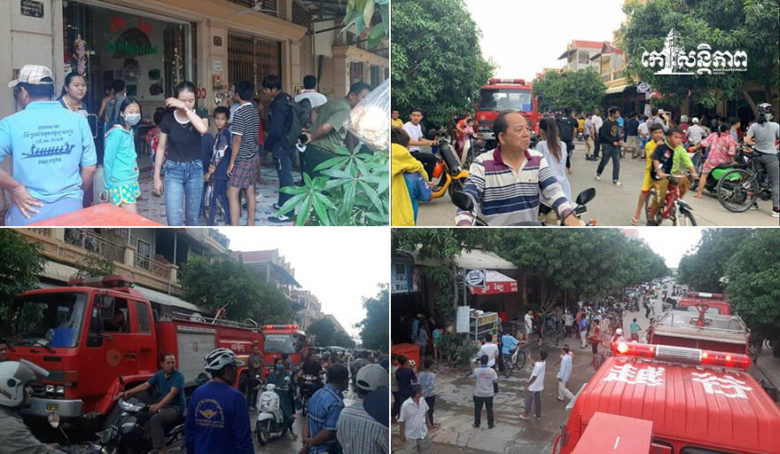 Phnom Penh: Many small gas canisters exploded in a row, causing a fire, causing a great surprise to the people Authorities called in a fire truck to put out the blaze as the soup owner set fire to a charcoal fire near a gas canister. . The incident happened at around 5 pm on July 21 at the soup shop brand (Mao Mao 99) located West of Chhouk Meas Market (New World Borey), # 191, Street A, Kraing Angkrang Village, Sangkat Kraing Thnong, Khan Sen Sok, Phnom Penh.

The owner of the soup shop is Sous Neang Soma, a 40-year-old woman. According to reports, small gas canisters exploded in a series, causing flames to ignite the smoke. Out came out to the surprise of the people and the authorities took fire hoses to help put out all 8 pipes and Call a car to intervene.

According to the owner of the house, before the incident, there were no guests and he burned charcoal to heat the soup. Near the gas canister, more than 10 cans, and he was traveling in front, suddenly the gas canister exploded, causing Fire at once. According to the owner, the fire destroyed only kitchen utensils and soup. No one was injured in the incident. According to the police, in that incident, two fire trucks went to intervene and fired one, the fire was not extinguished. Cause fire all the time. By: Meng Thea