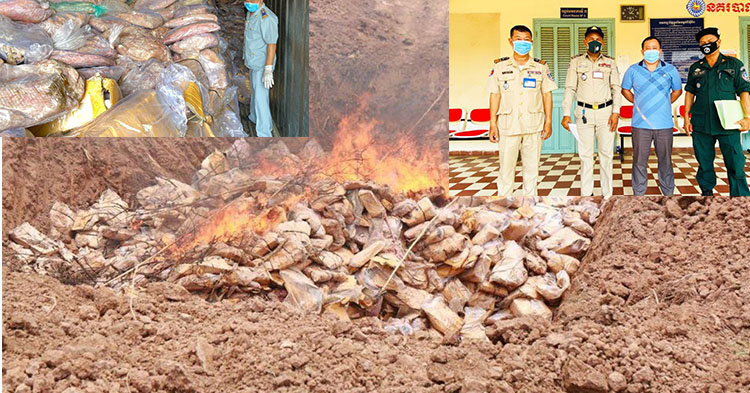 
Kandal Province: On Friday, April 10, 2020, branch officials of the General DepartmentProtecting consumers of competition and cracking down on fraud (KPRP) Kandal Province with the approval of the deputy prosecutor of the prosecution Accompanied by the Provincial Court, 32,925 kilograms of pigs were destroyed in Chey Udom village, Samrong Thom commune, Kien Svay district, Kandal province. 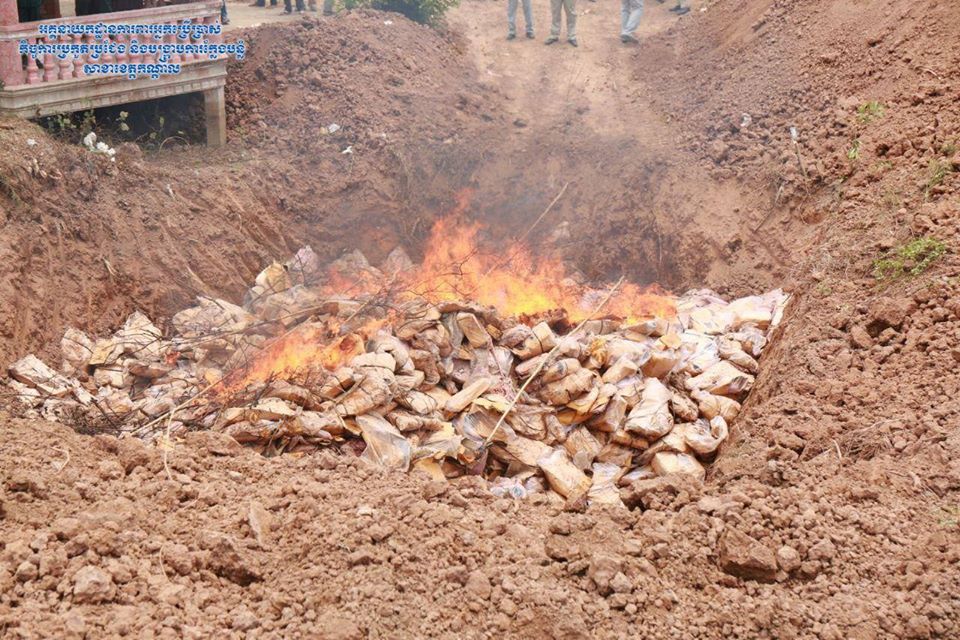 After cross-examination, the department found that the goods were undocumented and were contaminated by improper packaging and storage. In principle. Noting that these products were defective, could not be used as edible food, the mixed authorities decided to keep them. Temporary overhead at the above repository to complete the demolition procedure. The owner of the goods was taken to the Kandal police headquarters for questioning.

Suspected owner of warehouse and smuggling pig intestine in two container of chemicals weighing 3 tons This is in Chey Odom village, Samrong Thom commune, Kien Svay district, Kandal province, who was sent by the Kandal Provincial Police to the provincial court to take action. The procedure remains second The series of April 9, 2020.

The suspect, Him Sokhhoeun, 30, who smuggled two tons of pig meat into two containers, smelled of cocaine. Downloaded for import of notepad and infected by viruses 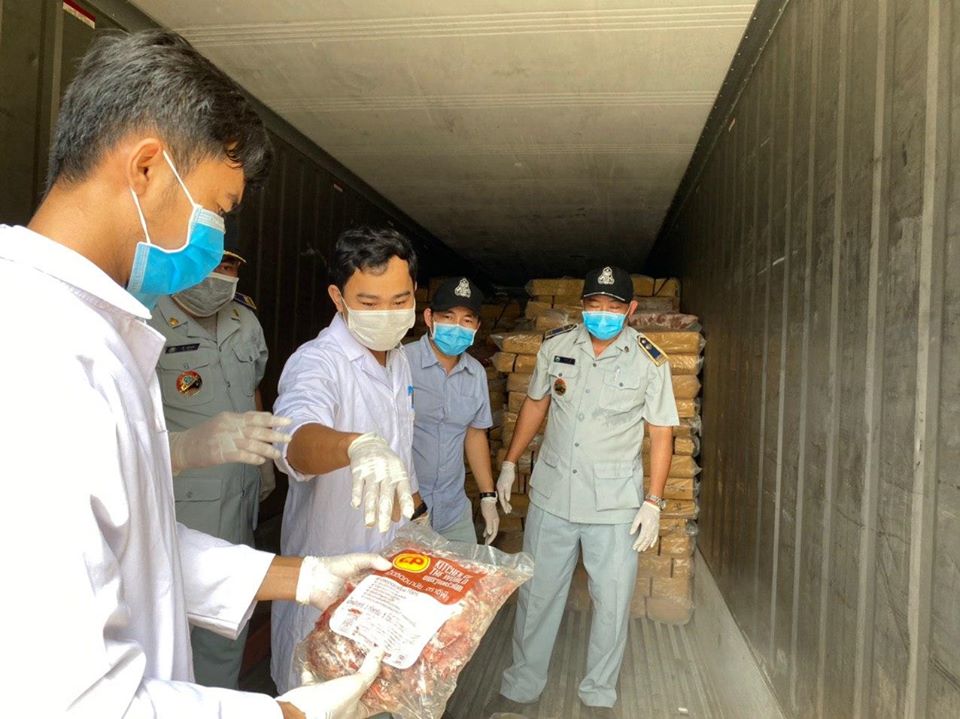 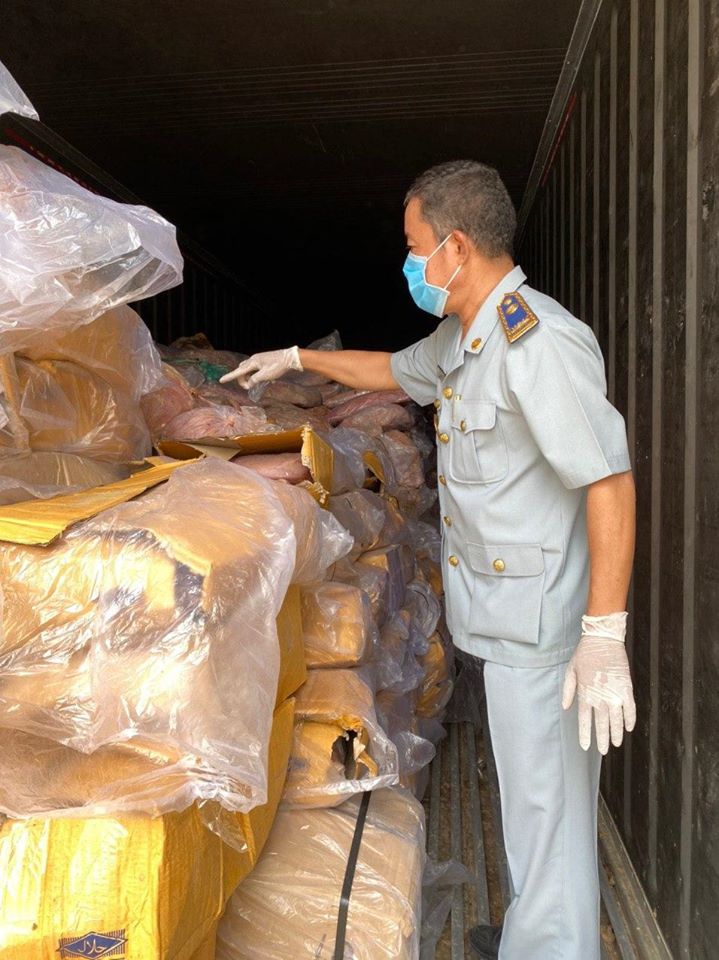 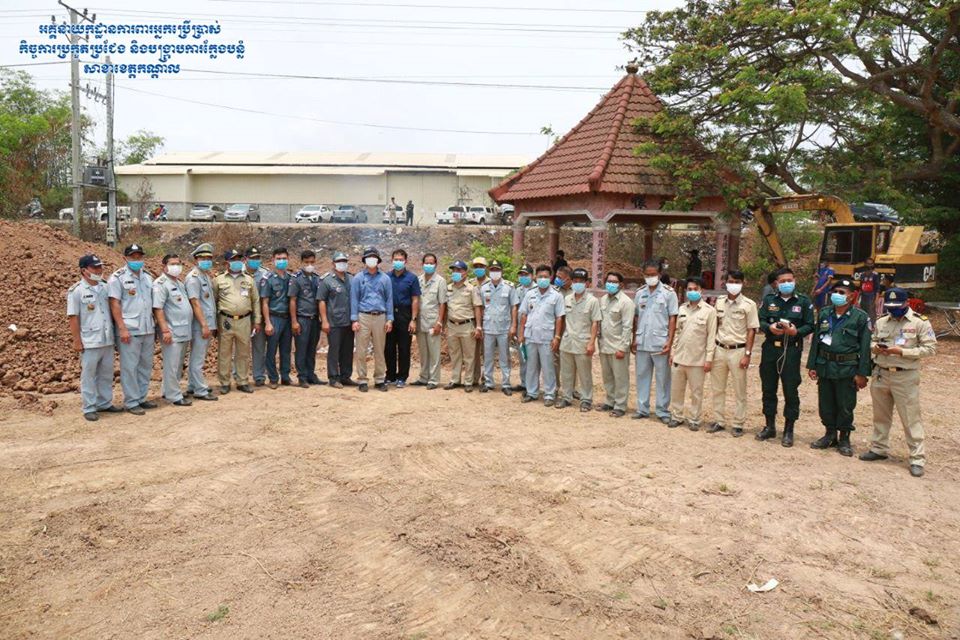 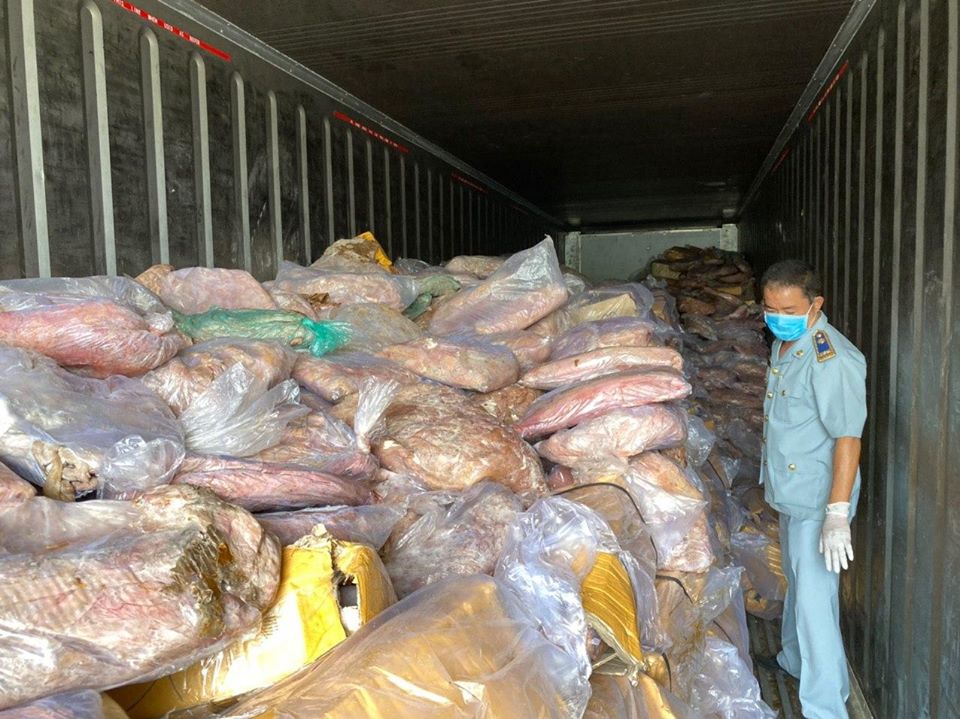 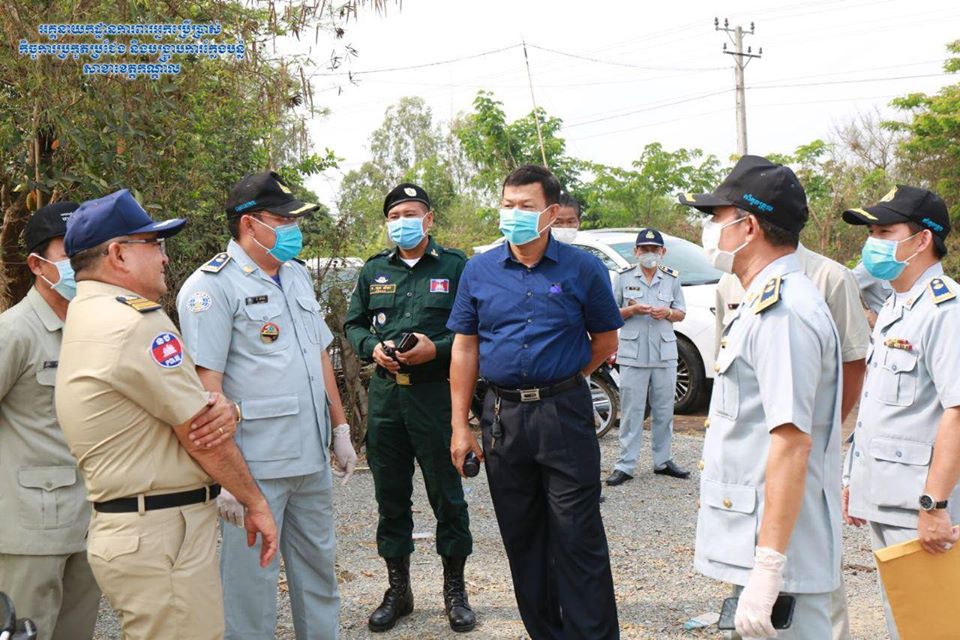 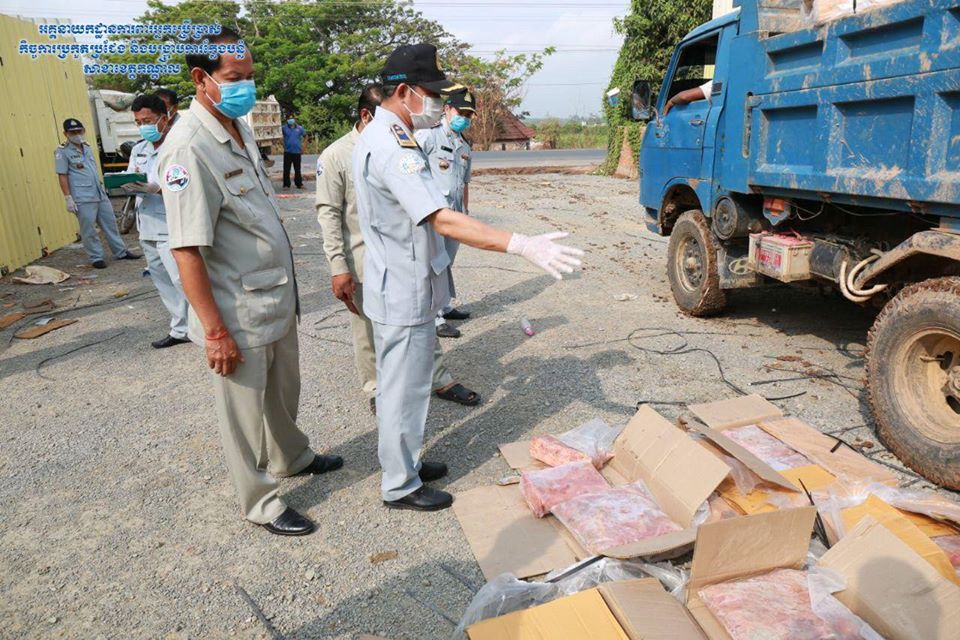 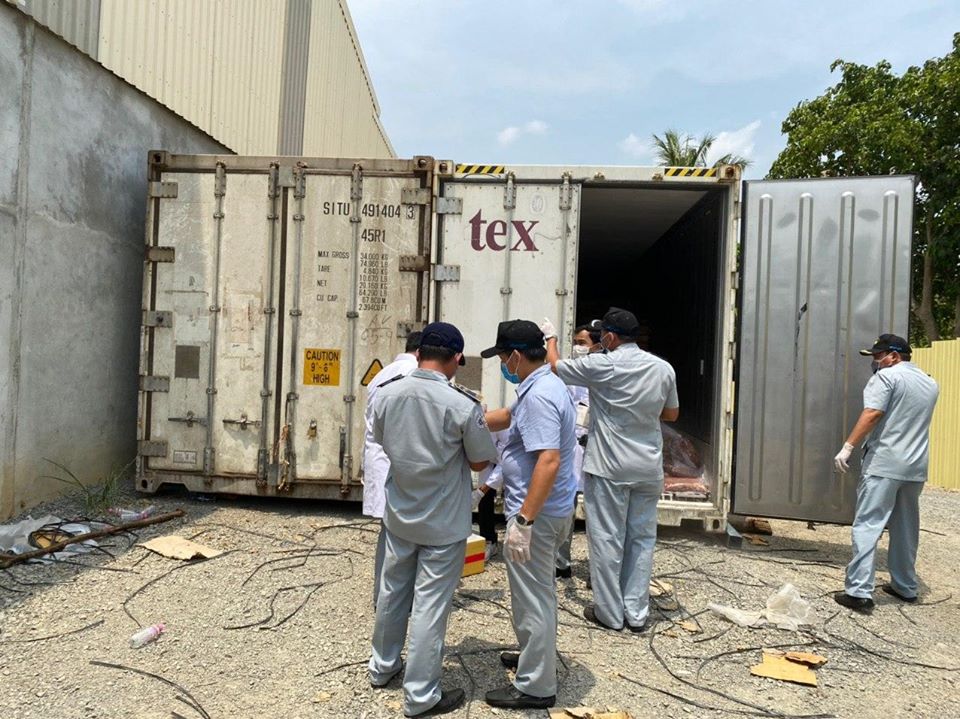 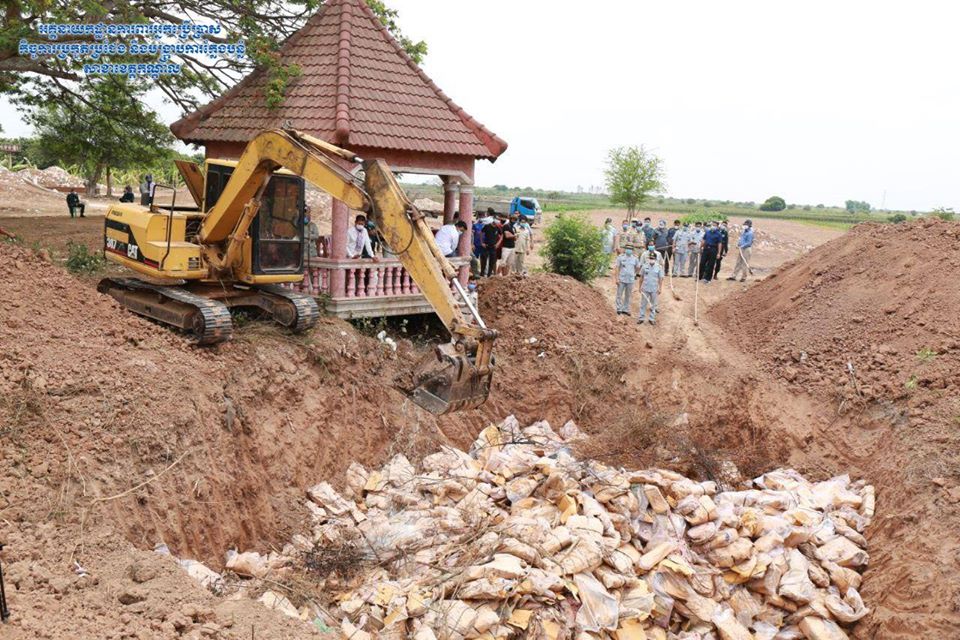 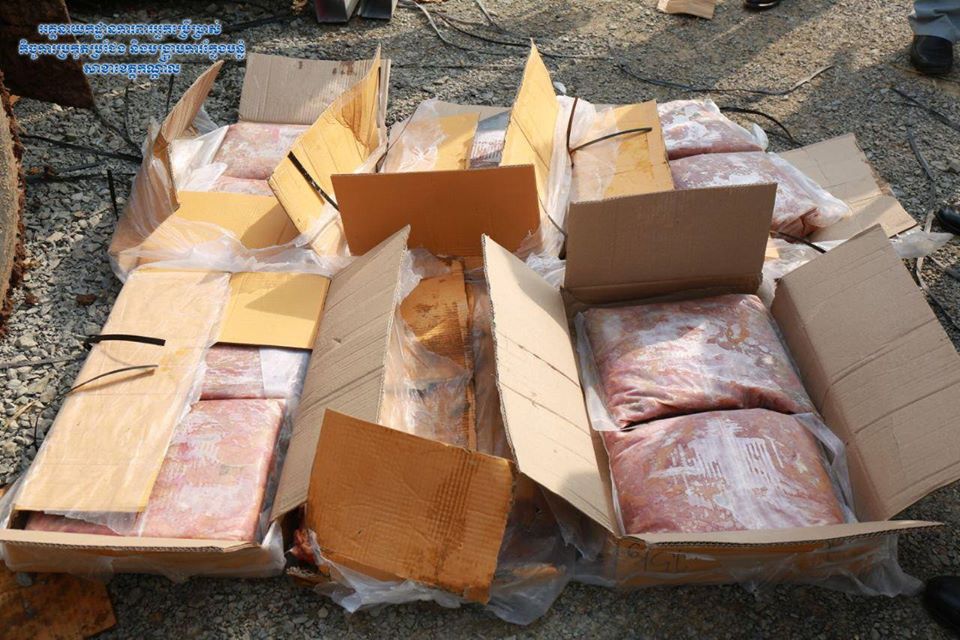 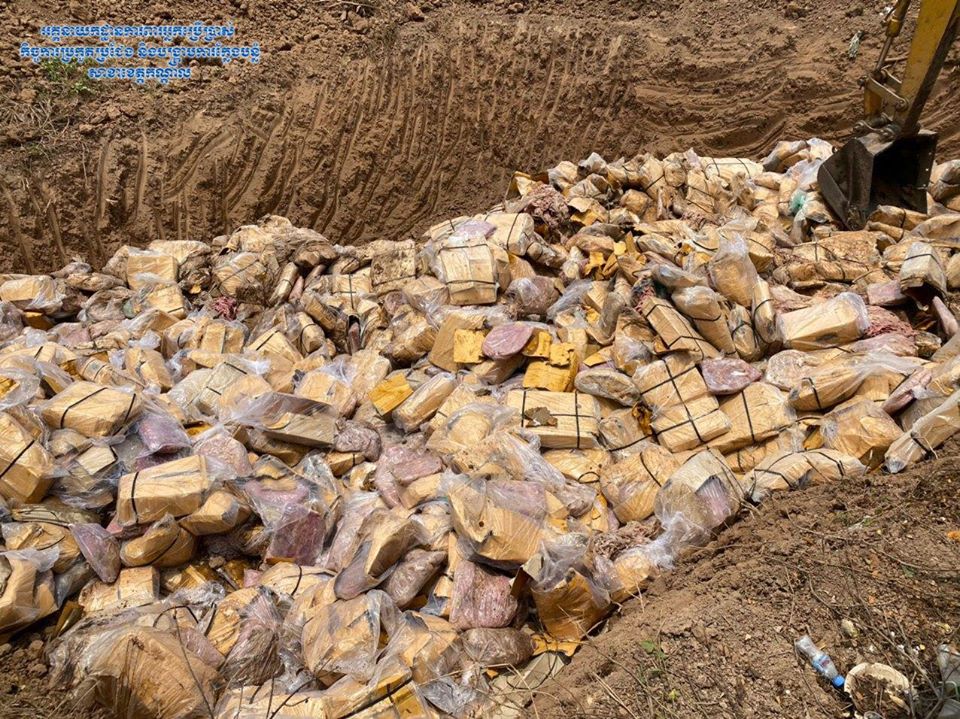 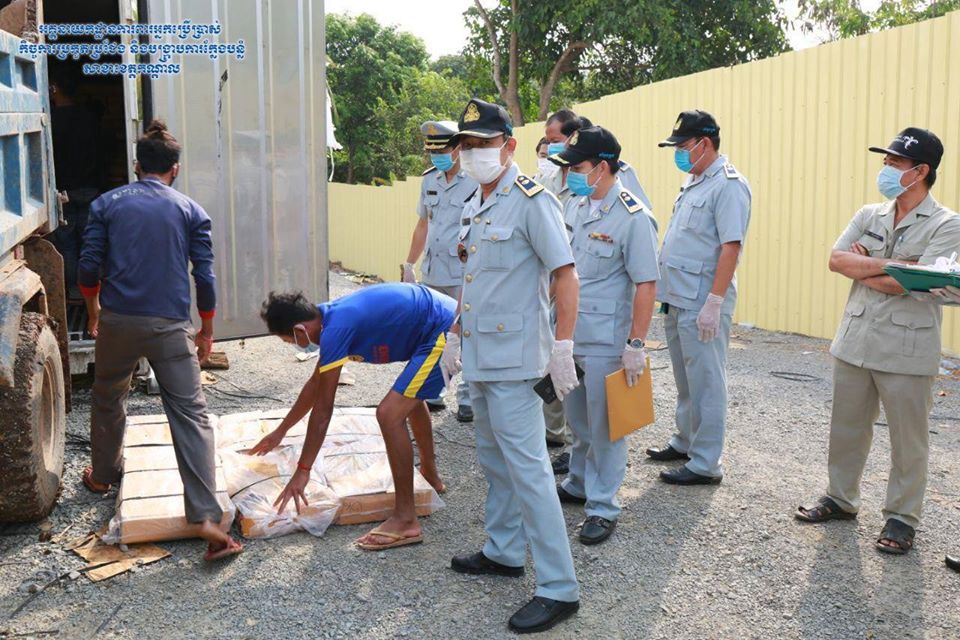 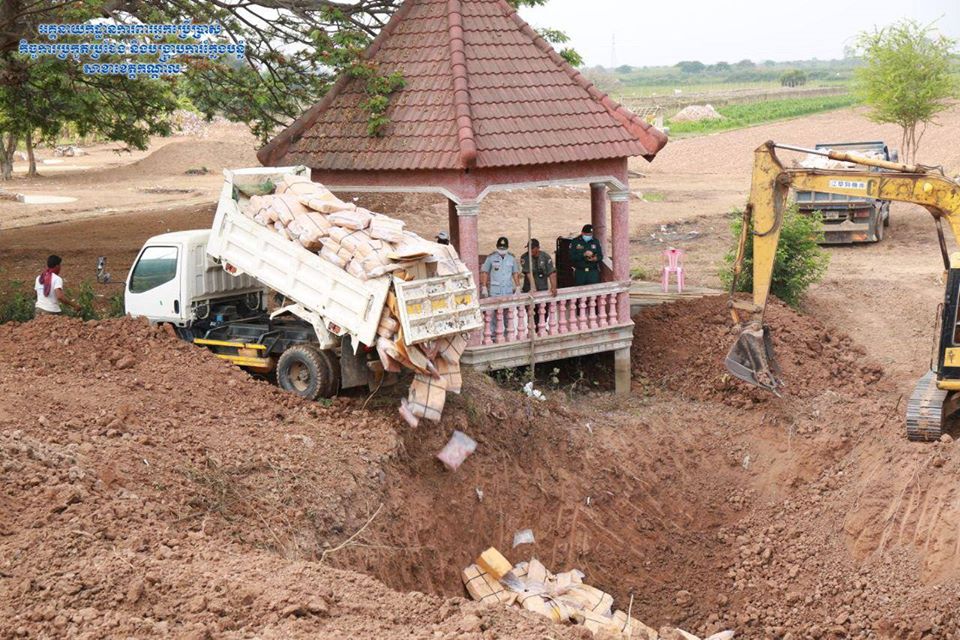 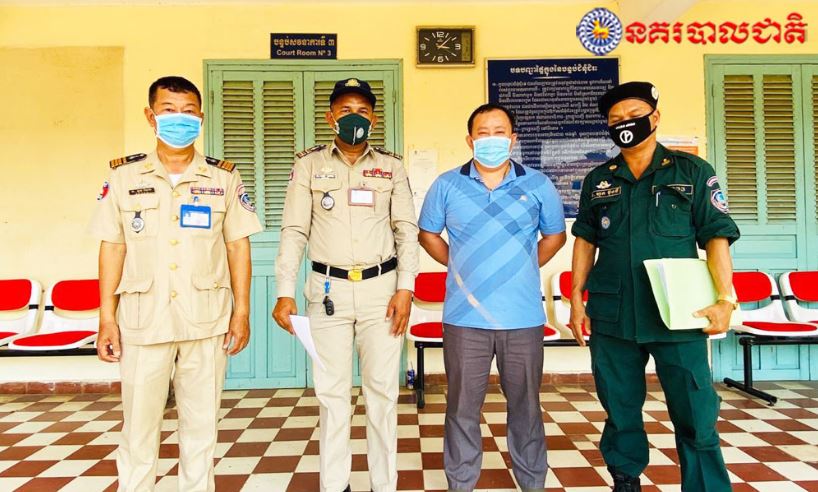