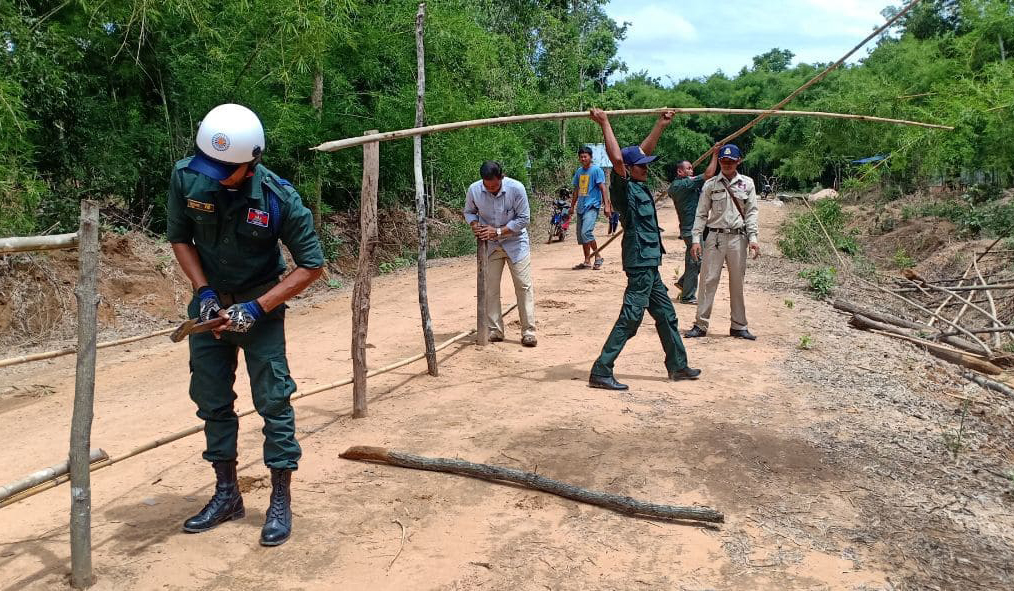 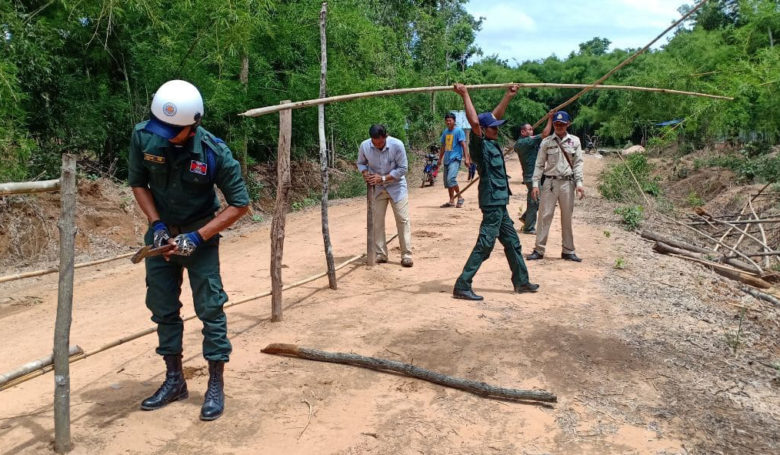 Siem Reap: The Nikothi district authorities have teamed up with a volunteer landowner to remove a fenced off road from the center of the road. This is a new phenomenon in Kampong Chhnang, where half of its land is swallowed, Resolved after surprise.

The same is true of the problem but also resolved after the reaction.
The reshuffle occurred at 2:00 pm on July 4, 2020 in Kok Mon village, Damdaek commune, Soth Nikum district, province. Siem Reap. Phan Say, the chief of the iron dome, said the owner of the fence was Thompson and his wife, Vina. Living in Kouk Mon village, Damdaek commune, Sot Nikum district, Siem Reap province

They have agreed with authorities and have removed the fence, ”he said, adding that in this case he had asked the landowner to have the property. Resolutions are being made according to the law, and this road, the district and provincial cadastral officials, has closed down the time for filing a complaint. If one month, it affects your property.


But they did not know what they were doing, and they set up a fence on the middle of the road without telling the authorities. However, he tried to explain to him more about the law because the land had no systematic ownership Yet.

In the case of Facebook, he said he had asked the coalition to look into the issue. The scene was removed and the poles that were left on the road were removed. He said that because the landowners put up a fence on the road, he was afraid he would lose his land because the policy had been extended. Open 15 meters is systematic.

So he was scared and came to the fence to defend his land without telling the authorities. Let's find out. He added that the authorities' expansion was for the common good, but if anyone who was dissatisfied could file a complaint in the commune or district Yes.

He requested that the people in the social media and authorities be informed and not be confused because in this case the authorities The district of Nikothon has been fully coordinated. The authorities will take measures to allow people to accept both sides impartially.