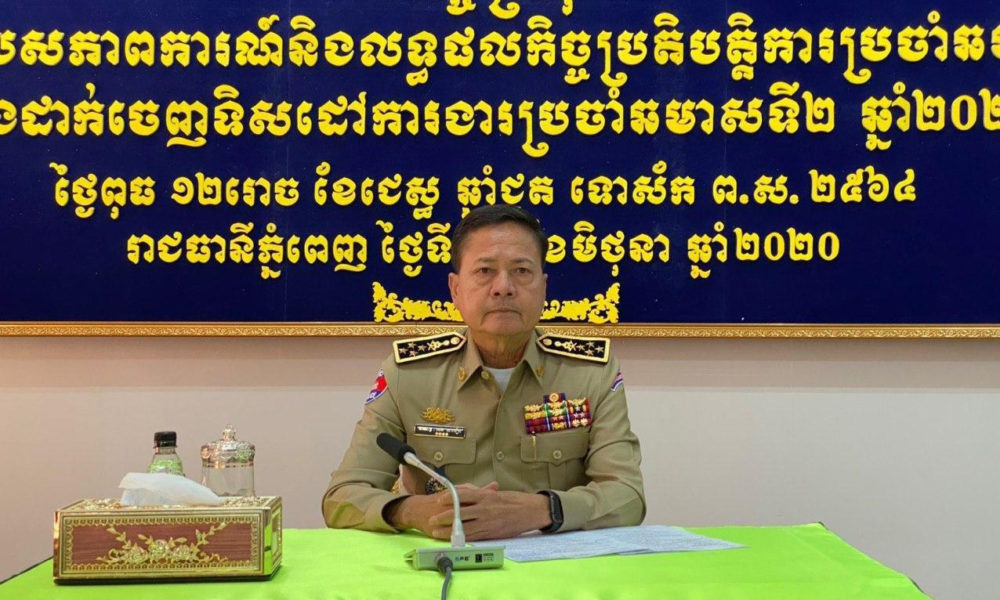 Speaking to reporters after the first quarterly meeting of the situation and results of the operation and setting out the second half of 2020, the National Police Commissariat, Lieutenant General Chhay Kimhoeun, Deputy Commissioner General “At the meeting, General Neth Savoeun told all the provincial and provincial police chiefs and police forces to increase the concentration of international terrorism and international terrorist organizations,” the police said. And in the region information sources that are relevant to national security and take preventative measures to be more effective. ”

Meanwhile, Gen. Naw Savoeun also called on all commissioners to increase their focus on domestic and international security situations to analyze, evaluate and host key events aimed at effectively curbing terrorism. , Money laundering, terrorism financing and attempts to use the territory of the Kingdom of Cambodia as a source of insecurity to neighboring countries.

The National Police Commissioner also asked all border police to continue to promote a spirit of solidarity with the Royal Cambodian Armed Forces to protect territorial integrity and national sovereignty by enhancing the status quo on the border line and assigning patrols. Regular border patrols and fostering and strengthening good cooperation with the border guards of neighboring countries aim to build peace, friendship, cooperation and development.

At the same time, it is investigating the crime of transnational terrorists and other hostile movements in hiding along the land-water border, instilling insecurity, subverting security, maintaining social order and preventing attempts. The incitement poses insecurity at the border with the highest sense of responsibility.