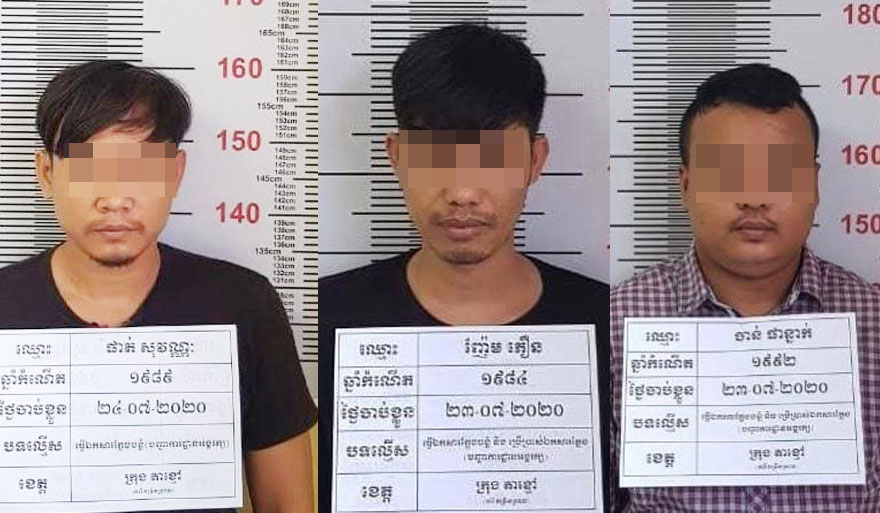 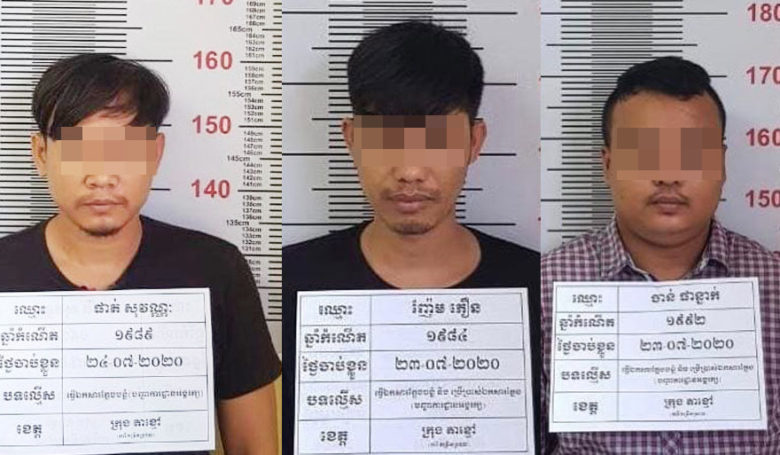 The incident happened on February 27, 2020 and he was arrested on July 28, 2020 at the Ratana brand stall. Son of Prek Samrong village, Sangkat Takhmao, Takhmao city, Kandal province.

Colonel Lak Meng Thi, director of the Bureau of Minor Offenses, said that in 2014, Chan Phan took office. At the Bodyguard Command (Intervention 210) and in the middle of 2015, Chan Phan stopped working while on the job named Chan Pha One knew Nhem Phoeun, a 36-year-old man who worked at the same fort and had been in a relationship ever since.

In 2018, Chan Phann wanted to work for a Chinese man in Sihanoukville (driving a car), but the Chinese required Chan Phan, who had just been hired by the armed forces, asked Nhem Phoeun to help him get his ID card. Collective firearms, mission orders and ID cards of Nhem Phoeun's bodyguard command returned to rename Chan Phan Recently, they went to a photocopy site with the trademark name Ratanaboth.

Later, Chan Phannak arranged for them to make fake documents (bodyguard command) for others, such as 1. Name: Duke Mab, male (imprisoned in Preah Sihanouk province) 2. Name Hem Sambath, male 3. Name Prum Sophat, male 4. Phay Vutha's name and some others do not remember the name when filing is paid from $ 160 to $ 220. As for Phat Sovann, the scanner, he received documents ranging from R30,000 to R70,000.

According to the results of the investigation, according to the confession of Chan Phan, Nhem Phoeun, Phat Sovanna, that he had actually arranged for the forgery ( Bodyguard Command) to others to actually use to get some money. This case has built a case to continue the proceedings.