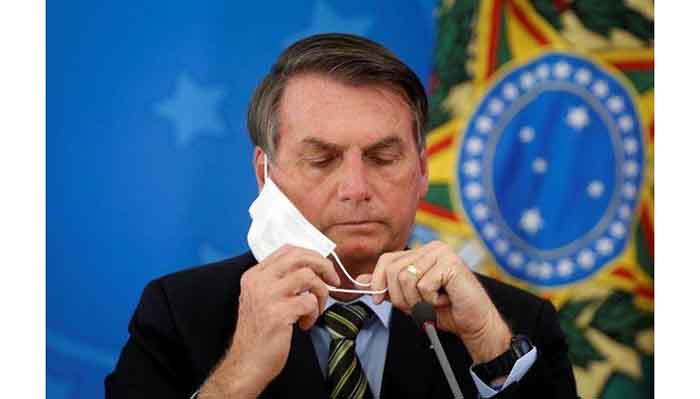 Brazilian President Jair Bolsonaro confirmed on Wednesday that he had re-tested positive results, according to the official Xinhua news agency. Corona virus, and this test was done after his first test one week showed the presence of coronavirus.

"We hope that in a few days they will give me another test and everything will be fine so we can come back," he said in a live broadcast on his Facebook page. Come back to work as usual.

The president's secretary said in a statement that Bolsonaro was "resting at the Alvorada Palace in Brazil" and was being monitored by medical staff.

The final test was carried out on Tuesday morning and the results came out at night, according to the announcement.

On July 7, Bolsonaro announced that he had tested positive for Kovid 19 at a Brazilian military hospital after suffering from fever and malaise.

Bolsonaro, 65, said that due to old age, there is a higher risk of developing the disease. Translated by: Mao Bopha Makara