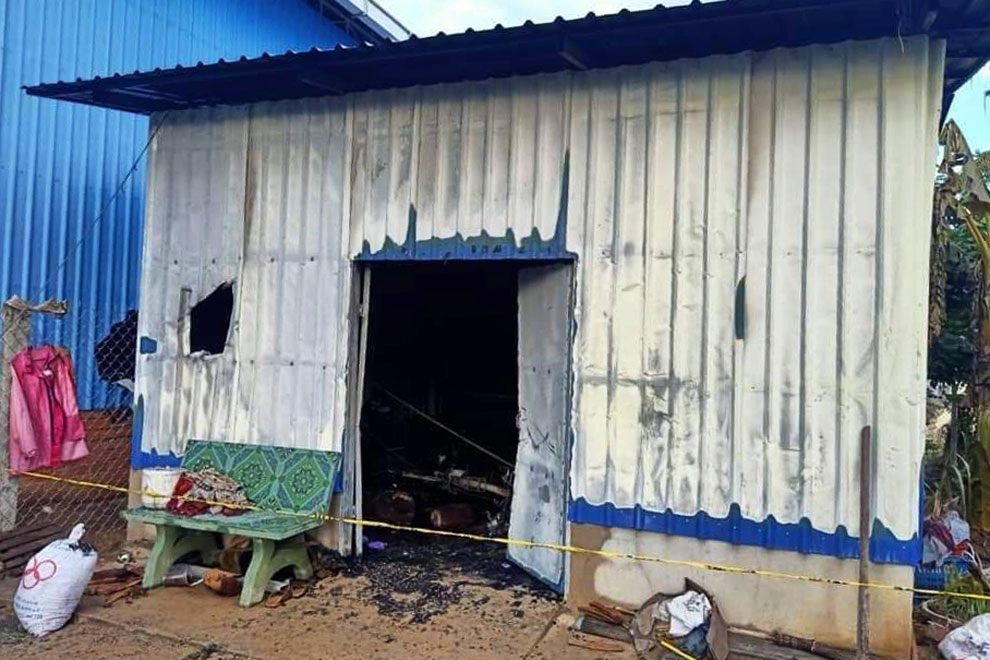 
Missing: Police suspect two deaths (mother and daughter) after murders found A fire broke out in a house in the village of Baeng commune, Thmor Kol district, Battambang province, at 1:40 pm, on the 31st of May. 2020.

“According to the examination at the scene and the results of the autopsy of the two victims, the mother and The girl with the head wound and a skilled police officer concluded that the fire was a homicide and set fire to the house. To destroy the evidence. ”

Mr. Sopheap said that so far, the police are continuing to search and identify the suspects in order to apprehend and file a referral case. Have the court be punished legally.

According to the latest investigation report released by the Rapid Response Team of the Battambang Provincial Police Commissioner yesterday, the authorities have cast doubt on The 52-year-old husband was charged with the crime.

Im Kosal, the head of the provincial police's rapid response team, told the Post that as a result of questioning villagers near his home, The victim stated that on the evening of the incident, they found the husband, Yai, staying at home with his wife and children Female as always. But after the incident, his presence was lost for no reason, and the phone he used was unable to make contact.

“In this case, the husband is the first person suspected of committing the brutal murder and “Are fleeing from the police.

According to Kosal, experts are now seeking clues to the whereabouts of the suspect's husband to get to Arrested and questioned over the case.