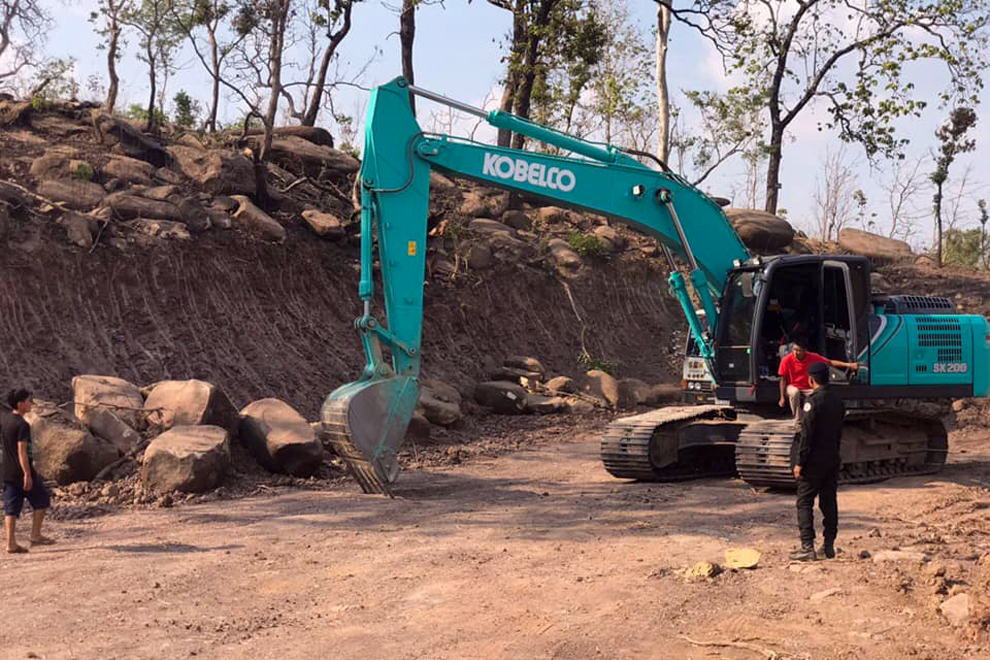 “I am asking the official to take legal action, but so far this has not happened,” Sovann said The Preah Vihear Provincial Department of Land Management, Urban Planning and Construction is still questioning him. Also, I have not received any further information from our professional officials because I am busy meeting with the Ministry of Interior, but we will Take legal action. ”

Kang Sa Koeun, commander of the Preah Vihear gendarmerie, said yesterday that a competent cop was questioning the man who owned the vehicle while the driver was driving. The tractor and truck driver were released home because they were a hired driver.

After questioning the owner, he will report to the governor of Preah Vihear for further proceedings. According to the respondent, the owner of the factory admitted to the authorities that the owner of the land, Say Sophea, had rented his tractor to buy the land. Only acts as the landlord's instructions.

“The owner of this land is Say Sophea, who is the son of Nong Sophorn, Tbeng Meanchey district governor, who rented a tractor. This is the land and now we have asked the landowner. "The official is preparing a case to send to the governor for further legal proceedings, but I don't know how." .

Tung Meanchey district governor Nhok Sophorn said yesterday that he had taken action on the machinery with the Preah Vihear Joint Commission He also found that the landlord had rented a machine to clear his farmland but had bulldozed it beyond the land. Without proper permission of the state Such prohibited.

He said that the cops seized his vehicle and kept it at the Preah Vihear Military Police headquarters for further legal proceedings. . The owners of the vehicles and the drivers did not ask for permission from local authorities and specialists.

He added that the land on which the bulldozers were being seized was state land confiscated since 2003, but that was not the case. Landowners in their plots will not have a motor vehicle ban, but inform local authorities .