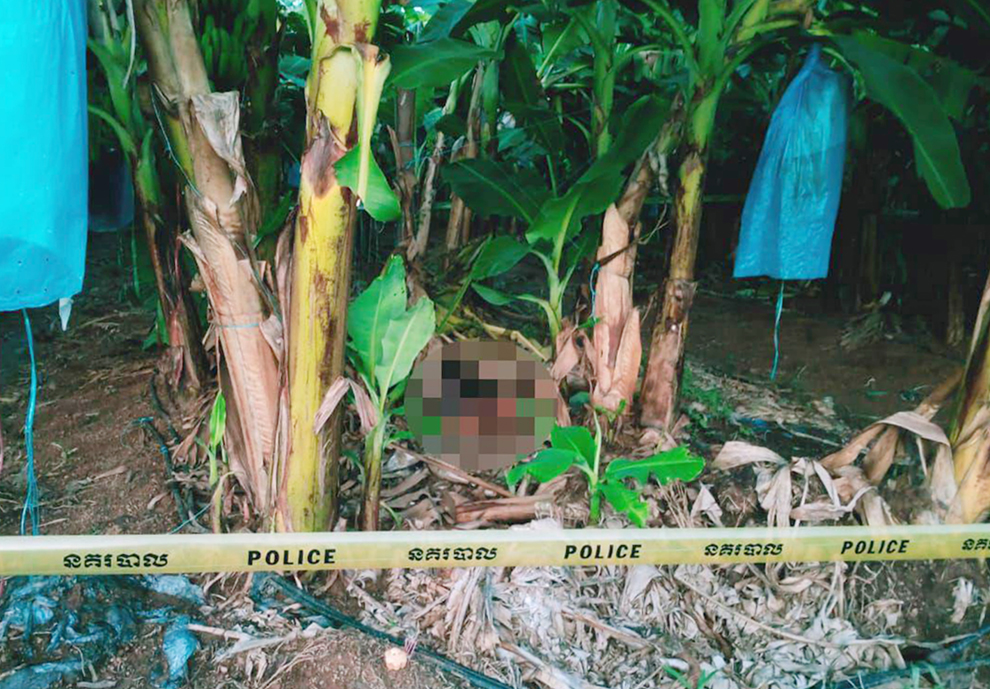 Phok Borith, police chief of Kon Mom district, said yesterday that the victim, Kim Saroeun alias Tong, 26, was born in Boeung Nay commune, Prey Chhor district. Kampong Cham Province. As for the perpetrator, the authorities have already identified him, but he asked not to reveal the name of the person, because he did not want to be aware, but in this case, the perpetrator can More than one.

"I am pursuing the suspect, but if I tell him his name, it is like pushing the suspect away from the authorities," he said. "I saw a dead man's partner, so let me continue."

He confirmed that the authorities examined the body and found that there was a scar on the neck, only the skin on the neck was slightly scratched and there were stab wounds. Left rib, 1 knife pierces the intestine. But in front of the suspect, the authorities, he already knows.

He said the case was spotted by a banana worker on the afternoon of July 24 at a plantation company. A banana named Hang Anh Yalai and reported to the authorities. Immediately after receiving this information, the Serei Mongkul commune police arrived at the scene.

He said that according to the forensic expertise of the Kon Mom District Police Inspectorate, it was concluded that it was a case of murder with a knife.

He recalled from witnesses that at around 8 pm on July 23, the victim came to have a drink with a man. Later, at about 10 pm, they went to look at the frogs and since then they have not seen them return. No. It was not until the afternoon of July 24 that the workers of Hang Anh Yalai Company found the victim's body and reported it to the authorities.

He added that the evidence found by the police at the scene included two pairs of shoes and a small white knife. And two wooden sticks stained with blood.