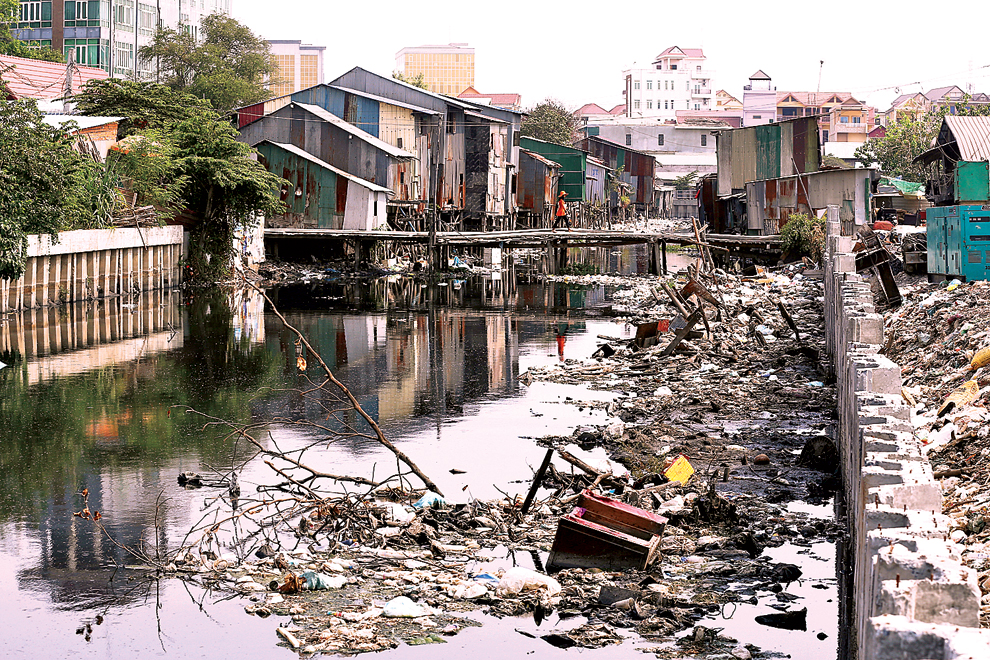 Chamkar Mon district governor Theng Sothol said yesterday that the rehabilitation of the waste stream from the Boeung Trabek canal began on March 7, with the aim of improving the quality of the waste. The campaign ends on March 15.

“In one day, the team was moving out of the canal and carrying 18 garbage bags per truck,” Sutol said. There is about 5 tons of garbage out of the dumpsite to the landfill. The working group is meeting to address this extra rubbish to find ways to disseminate it to the people.

Mr. Somthol said that the lake canal is the deepest so that when it rains, it is everywhere. In the canal, in addition to water flowing there is mixed waste, causing water and garbage congestion so all people should Foolish trash disposal habits because of the lack of beauty Urban and regional basis, especially drainage causes congestion which water can flow.

The district governor also called on people to properly dispose of garbage instead of throwing it into drainage canals. Causes garbage jams that can't flow.

San Daravit, the initiative's leader in the wastewater collection at Boeung Trabek's canal, spoke enthusiastically about the action of Chamkar Mon district authorities. Garbage collection site. These rubbish flows through the water from other areas, and many locals dispose of it, causing a great deal of rubbish. Such.

Mr. Davit said the site had been proposed by the youths to the district authorities for a body to gather and collect from the canal, but Authorities did not allow access to the litter, claiming there was danger because of the water there, so the youths were just collecting. Waste in shallow water only Yes.

“I support it because the actions of the authorities are the same as those of my youth, as well as other citizens,” Darawit said. This work cannot be done alone, we must all work together, inspire, clean up, and sanitize And proper littering so that our city or country is in good condition. "

Keo Chan Narith, deputy governor of Phnom Penh's Waste and Solid Waste Management Authority, said: “We have been paying off this new process for two months. And many of the people (most of whom have no clear percentage) have understood the new procedure by paying Usually, but there are few business owners or institutions His doubts about the procedure. “So we issued a letter of intent to explain to them that they have not yet understood the new procedure.”