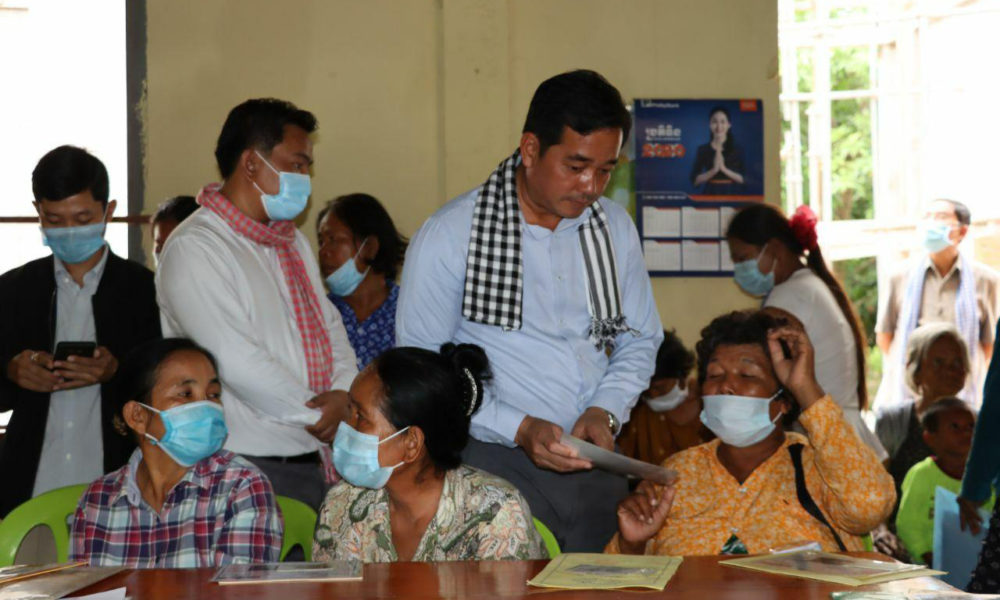 Kompong Cham Provincial Governor U Chan Chanda said that following the census of the poor people living in the Khmer Rouge era 19, there are about 40,000 people who have fallen into poverty. Level 1 and Level 2 help them to stay healthy.

The governor informed the press on July 1, 2020, as he visited the authorities to distribute 496 poor cards to 496 families in Sambour Meas district, Kampong Cham.

In the census, he asked the local authorities to work directly with officials of the Department of Social Affairs and the Department of Planning, which accurately extracted the data. Through interviews with the family personally and with neighbors. He also sent the deputy governor to oversee the work to make sure the families in the database were truly poor.


As of June 30, 2020, the provincial authority had provided subsidies to 25,000 poor families with a budget of more than 4 billion riels.

The governor continued that in the mechanism of relief of the people in emergency during the outbreak of the disease, 19 found the support of the people in the province, especially for Samdech Akka Moha Sena Padei Techo Hun Sen The Prime Minister of the Kingdom of Cambodia, with whom he always cares for the welfare and welfare of the people, never neglected. At the same time, his people are well aware that this is a mechanism to promote social welfare – to help them in times of emergency so that they can have a short-term life, not support. They were for any length of time.

The governor also stressed that the census of the poor living in Kompong Cham provincial authorities would continue with the two-stage plan: Phase 1: Update in remote rural areas and Phase II Downtown