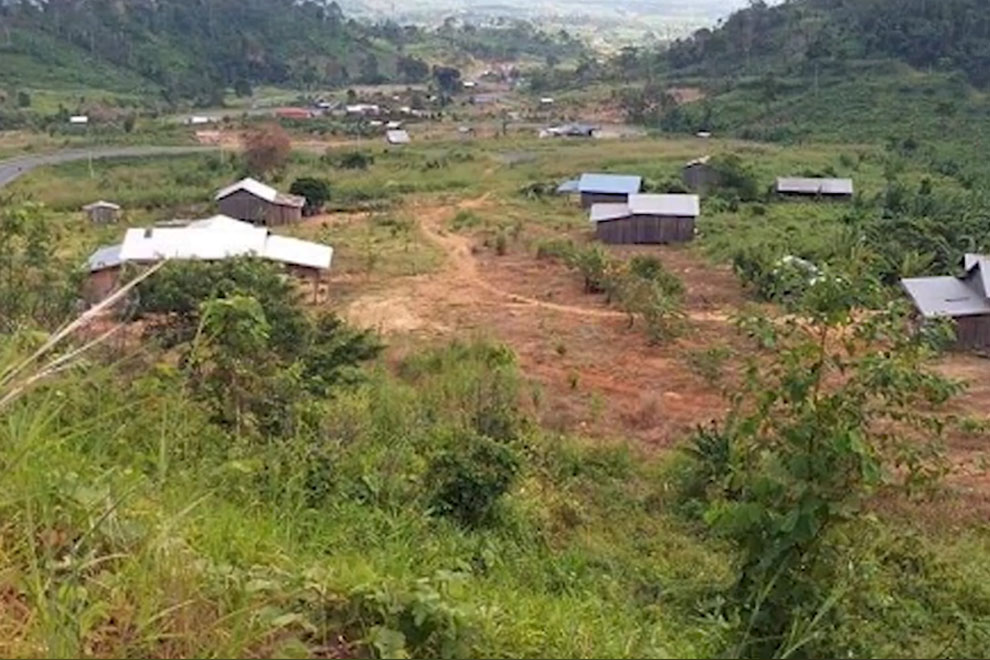 
Pursat: Pursat provincial authorities have given seven days to 21 families who claim to be illegally residing in the protected area. Phnom Samkos Wildlife Sanctuary urgently evacuates its 43 houses and huts and warns the road Law after the deadline.

The announcement of Mr. Mao Thunin, Governor of Pursat Province dated September 3, which was just received by the Phnom Penh Post on September 6, said: Currently, the area of ​​Phnom Samkos Wildlife Sanctuary Protected Area from O17 Bridge to 1500 Mountain, Dey Krahorm Village, Anlong Reap Commune, Veal District Veng, Pursat province, is being encroached upon by some crooks illegally occupying the land, despite the advice of local authorities and officials.

Pursat Provincial Administration will take action to preserve the forest and land of protected areas, which are important natural resources. The administration cleared illegal residences in the area. The provincial administration has one week from the date of this notice for 21 families to dismantle all 43 houses and huts. Which illegally built from the above point by itself and to stop the encroachment on forest land in that area.

The notice states that "by the expiration date of this notice, the provincial administration will take action to dismantle without any responsibility for any damage. "In this case, any citizen who is stubborn or opposes violently must be punished according to the law in force."

He said that the people are migrants from different regions and provinces who came to clear the forest. Samkos from 2018 or 2019 and some people resell to others. They built about 43 small huts to identify and hold land in the area, but without the recognition of local authorities. .

"On the deadline, they have to dismantle all the houses or huts that have not been demolished," he said. From nature reserves. Local authorities will monitor and control immigrants without issuing residency certificates or land titles to those who encroach on their land. "In the protected area."

Mr. Sam Chankea, Adhoc Human Rights Coordinating Officer in Pursat Province, said on September 6 that he had not yet received the news. But he said he would investigate the case of 21 families.

"I do not dare to comment on this case because I have not yet gone to investigate the location and the situation," he said. The story is clear. But I plan to investigate to find out if they are criminals, illegal land grabbers or victims. ? I will investigate first.

Representatives of the 21 families living in the area could not be reached for comment yesterday.