Authorities detain 4 state encroachers and send them to court 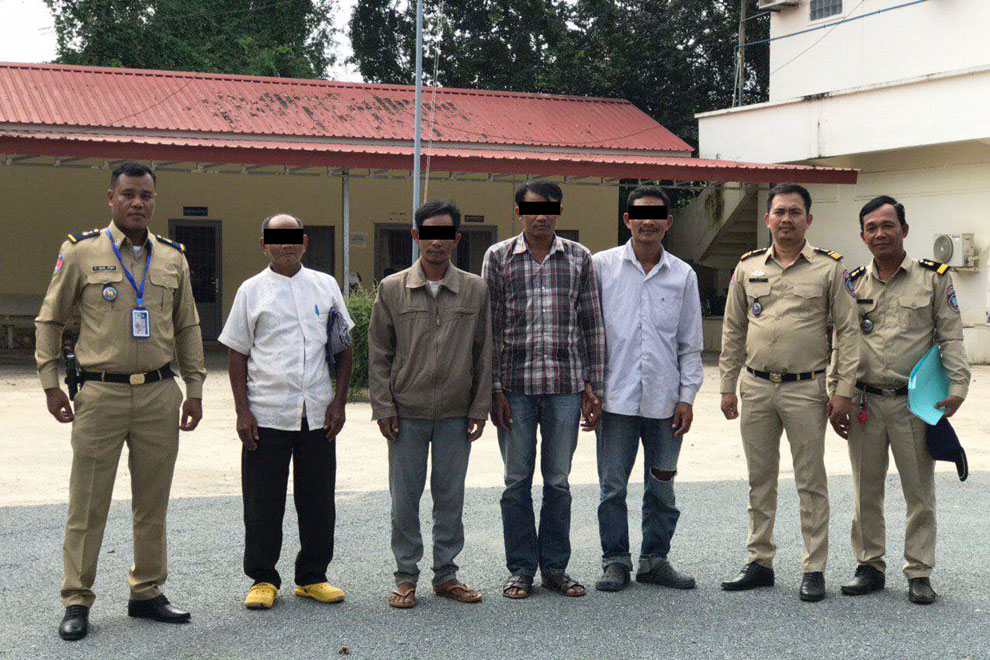 Authorities detain 4 state encroachers and send them to court

Kampong Speu Provincial Police Commissioner Sam Samoun told the Post yesterday that after the police force executed an arrest warrant, The four have been sent to court on September 20 so far.

"We sent him to court this morning (Monday) according to the arrest warrant," he said. The court is involved in cases of encroachment on state land, deforestation, destruction of community forest land border posts.

Investigating Judge Nguon Wutty charged the accused in a criminal offense punishable under Article 95, point 3, article 97, point 6 and 95 Article 2 of the Law on Forestry.

Chat Sorasmey, a spokeswoman for the Kampong Speu Provincial Court, told the Post yesterday: “When an investigating judge issues an order to To bring means to accuse the accused.

Therefore, this work is in accordance with the order of the judge.

Investigating Judge Nguon Vuthy of Kampong Speu Provincial Court could not be reached for comment. As for Mr. Chhun Sambo's phone, Mr. Nguon Vuthy's clerk did not receive it yesterday. However, the arrest warrant stated that the four accused were represented by prosecutors charged with "cutting "Forest encroachment occupies forest land, demolishes forest border posts and destroys planted saplings."

Chea Hean, president of the Anti-Corruption Organization for the Prevention of Natural Resources and the Protection of Civil Rights (ACNCIPO), which investigated the case, said. Yesterday, the four accused sold community land and removed community land in Phnom Sruoch district, Kampong Speu province.

"They are ordinary citizens, but they have encroached on community land to sell to traders," he said. This case has been going on for a long time and the court has issued summonses for the four accused to appear for questioning many times, but they He refused to appear, so the judge issued an order to bring him immediately.

At the same time, Mr. Chea Hean requested that the court continue to investigate and convict those involved in this case, not to end up arresting people. Only commit crimes.

He said: "Currently, the case of encroachment on community land, state land, not only in the area of ​​Phnom Sruoch, Kampong Speu province, but In other areas, it is also happening sharply. ”