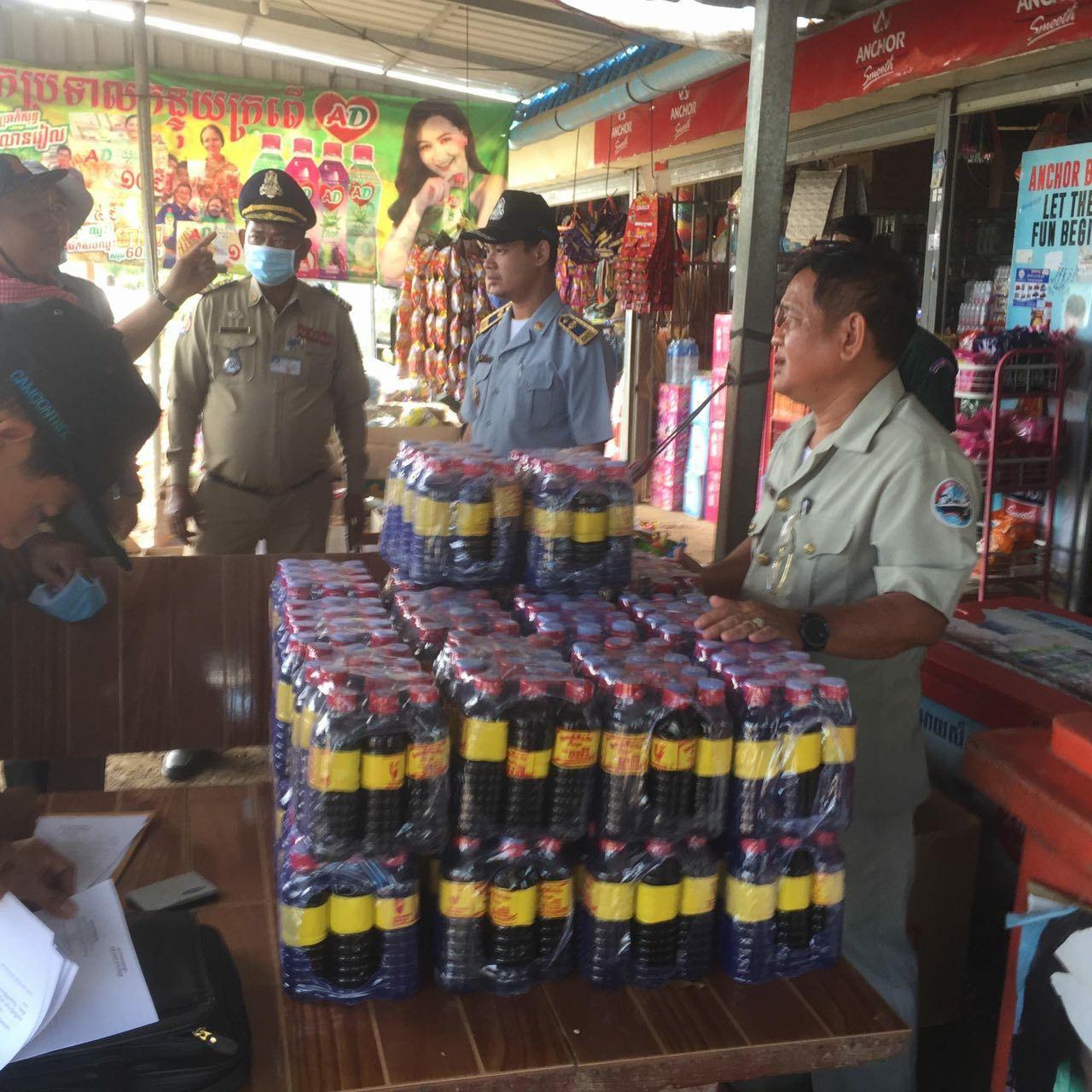 Please note that the call was made recently by residents of Mongkol Borey, Malai and Poipet. Drinking the above unidentified drugs caused poisoning, death, and some emergency medical treatment.

The above notice states that the department is currently testing the test material for dissemination and will publish the information shortly. Ahead.


On June 10 and 11, 2020, officials continued to make their way home to warehouses in the local village, commune and village Malai and Poipet City to Investigate the Death of a Suspected Drug Victim in Bottled Drugs Facilitates the veins and stomach.

Provincial police chief Lt. Gen. Ath Khem said the investigation was conducted to find out the cause of the poison and the poison. To take further action. Six people were killed and another 27 were rescued after suspected alcohol abuse on the 8th 9 June 2020.

Authorities and officials have been disseminating, educating and blocking traffic, and asking businessmen to stop selling 'Tangible' and Similar types of wine are available to temporary customers in Poipet, Poipet, Poipet and Poipet, around the corner of Poipet.

Poipet commune authorities have appealed to businessmen to cooperate with authorities to temporarily stop the sale of the brand of alcohol and appeal to residents who Alcohol must be stopped immediately because it could endanger one's life and family, waiting for experts from the ministry and institutions to work. Experiment properly before selling or buying.

Please note that this terrible incident happened on the evening of June 9, 2020. Following the inspection, a total of 3,999 bottles of Chinese wine were seized.

The Department of Communicable Diseases proposes relevant institutions and local authorities to strengthen control of craft and wine production sites. Especially the elimination of unauthorized liquor sites from professional institutions. In order to prevent alcohol poisoning, the Department of Communicable Diseases has confirmed that the Ministry of Health has been working with relevant ministries to organize a public awareness campaign. Understand the risks of alcohol abuse.

The Chroy Changvar district authorities, together with the competent authority led by the prosecutor, searched the location of the drug-making factory, which was temporarily suspended because The absence of the owner of the craft while the owner escaped, after knowing his drug caused nearly 10 deaths and more Another 20 emergency workers arrived.
By: Kolab 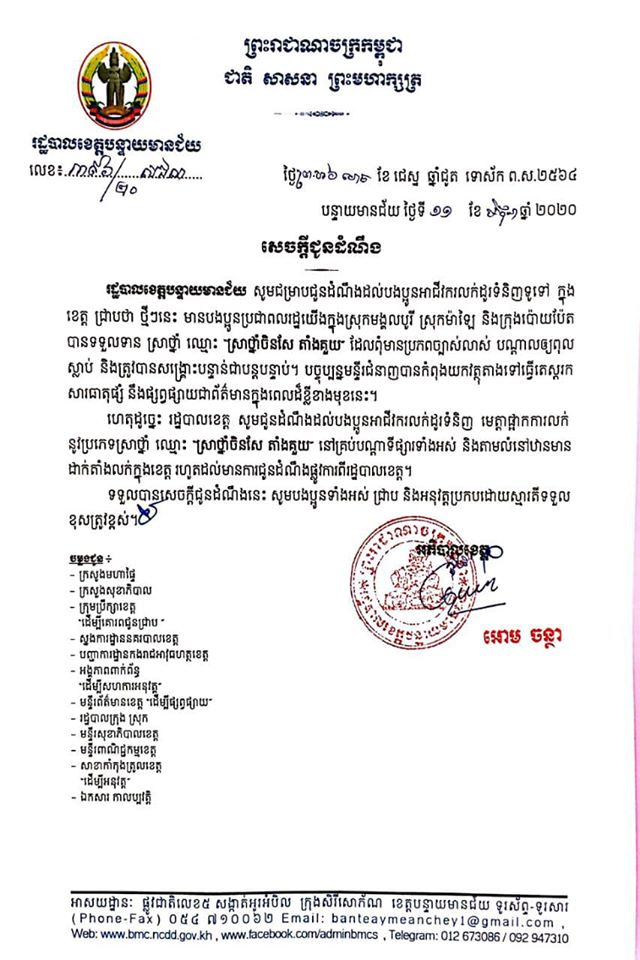 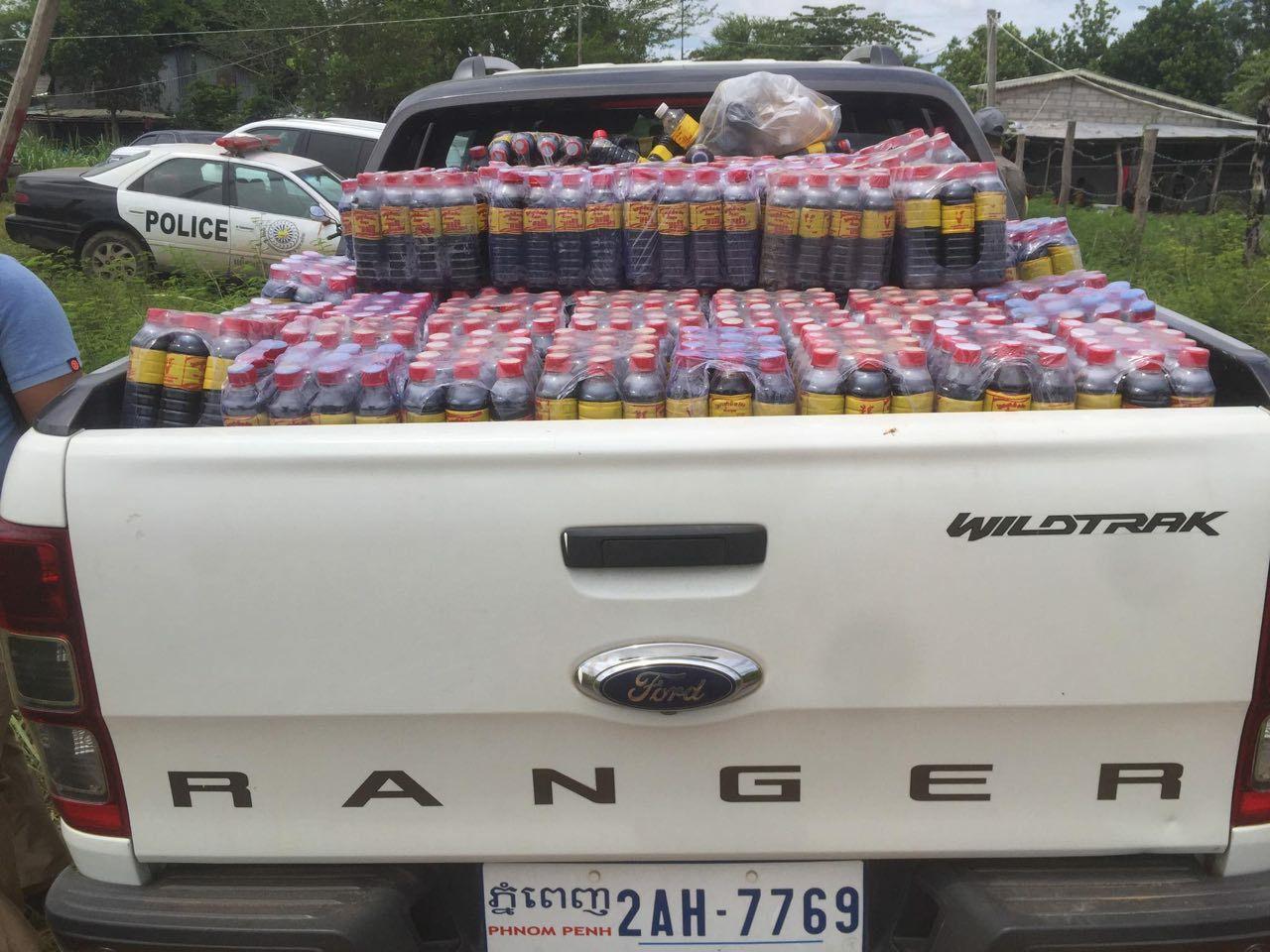 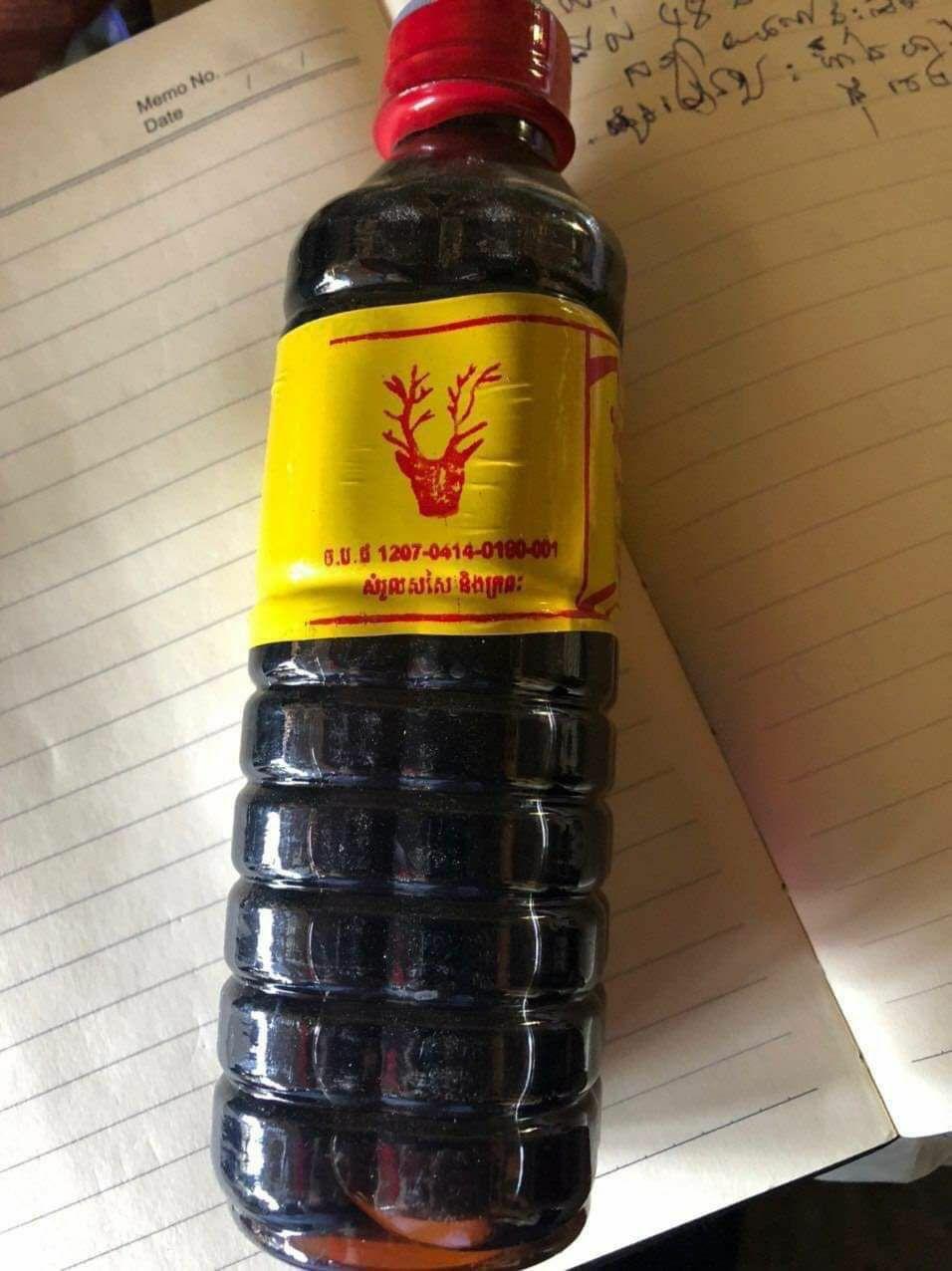 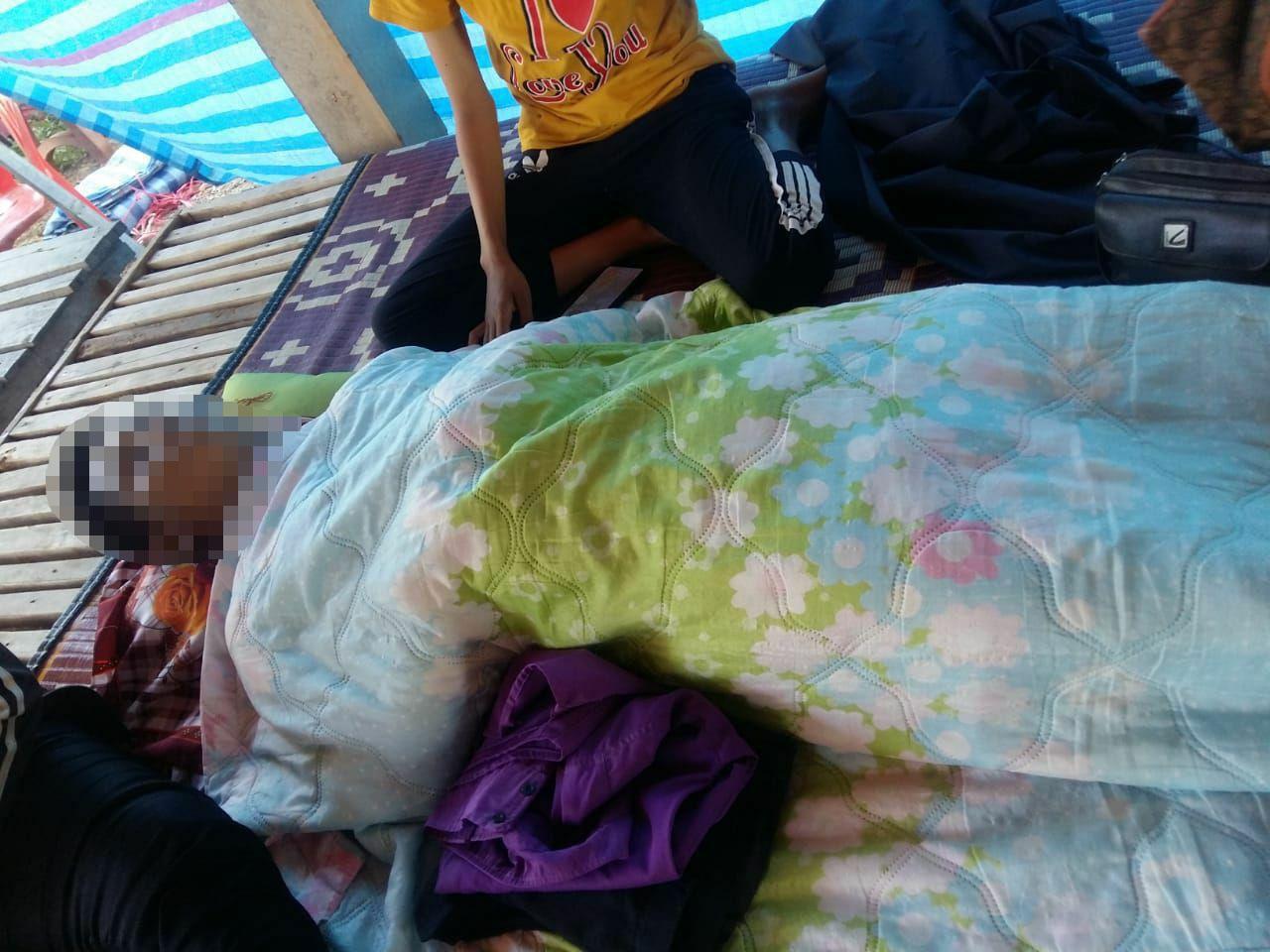 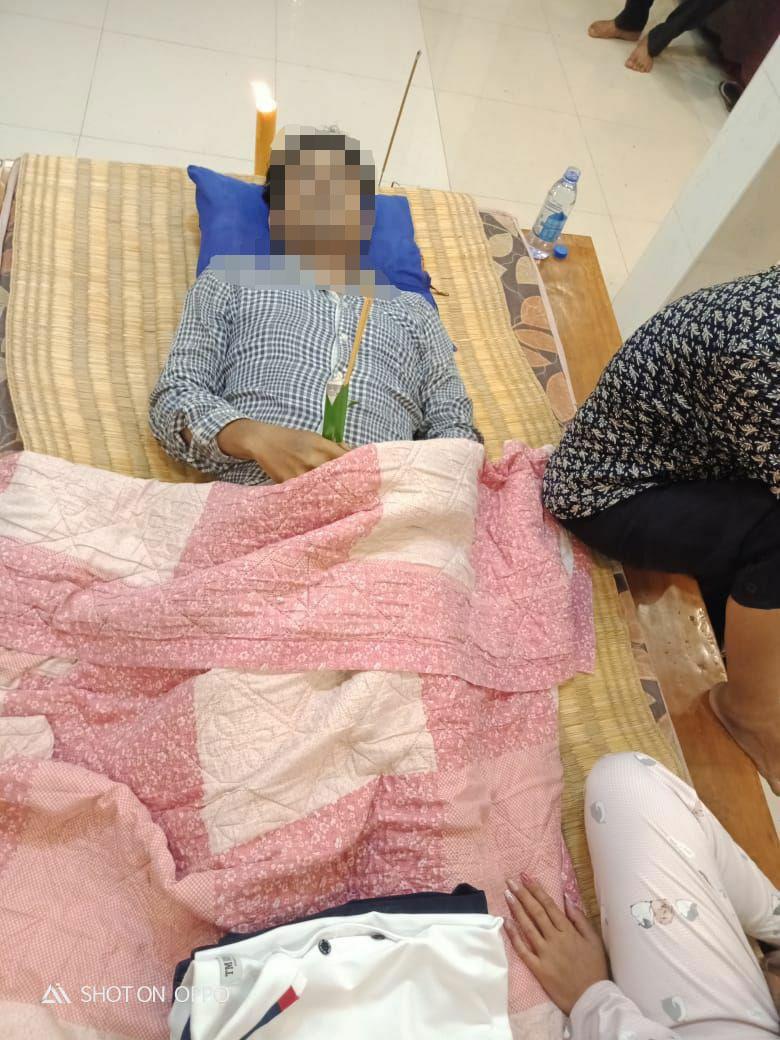 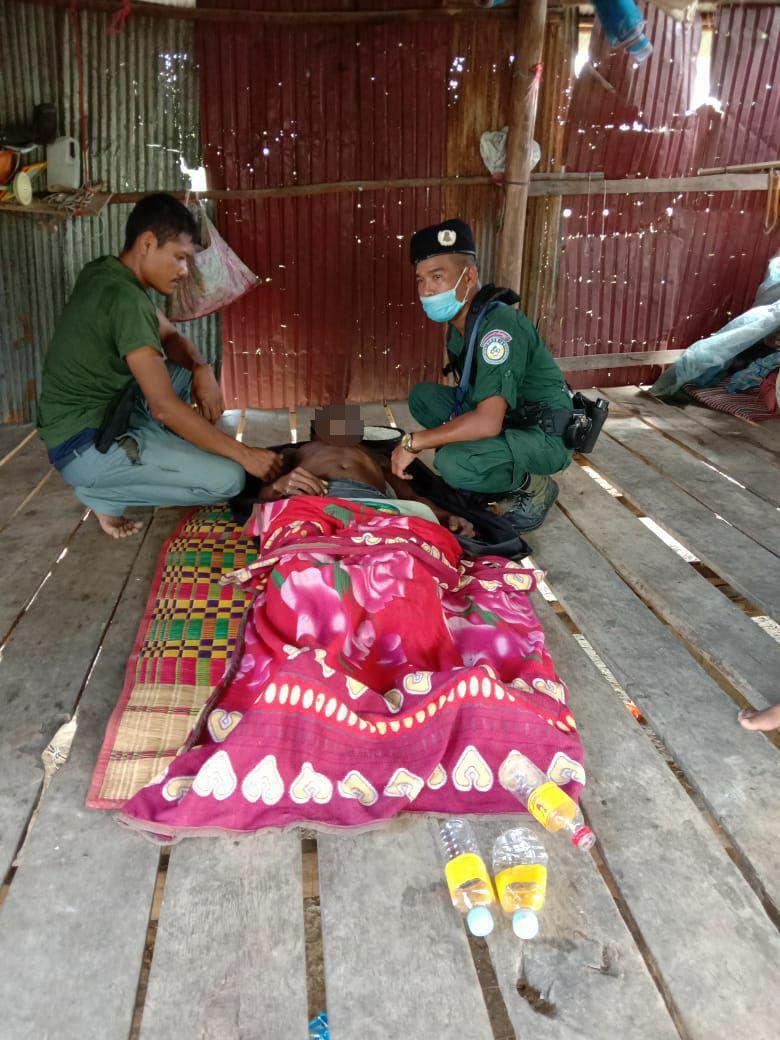 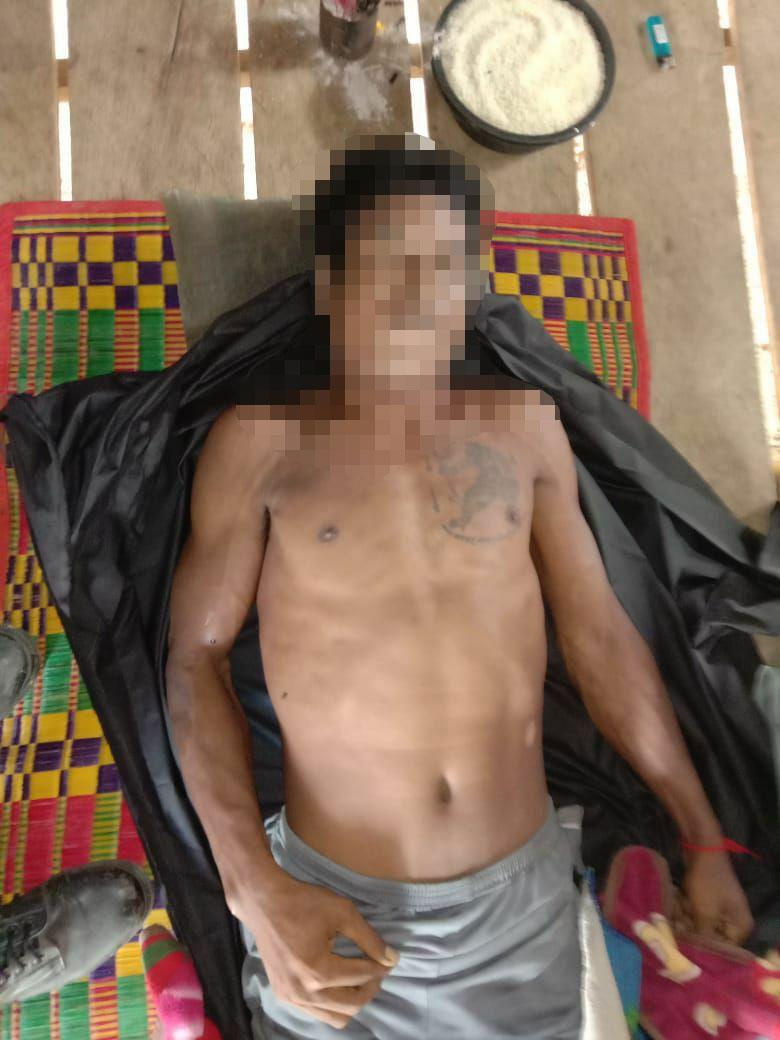 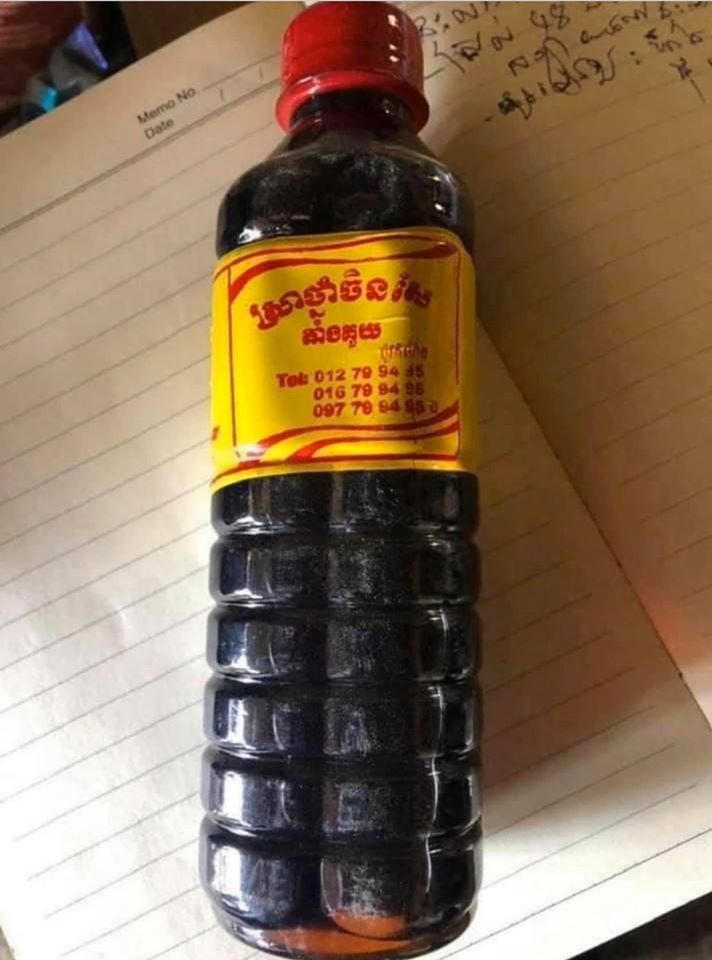 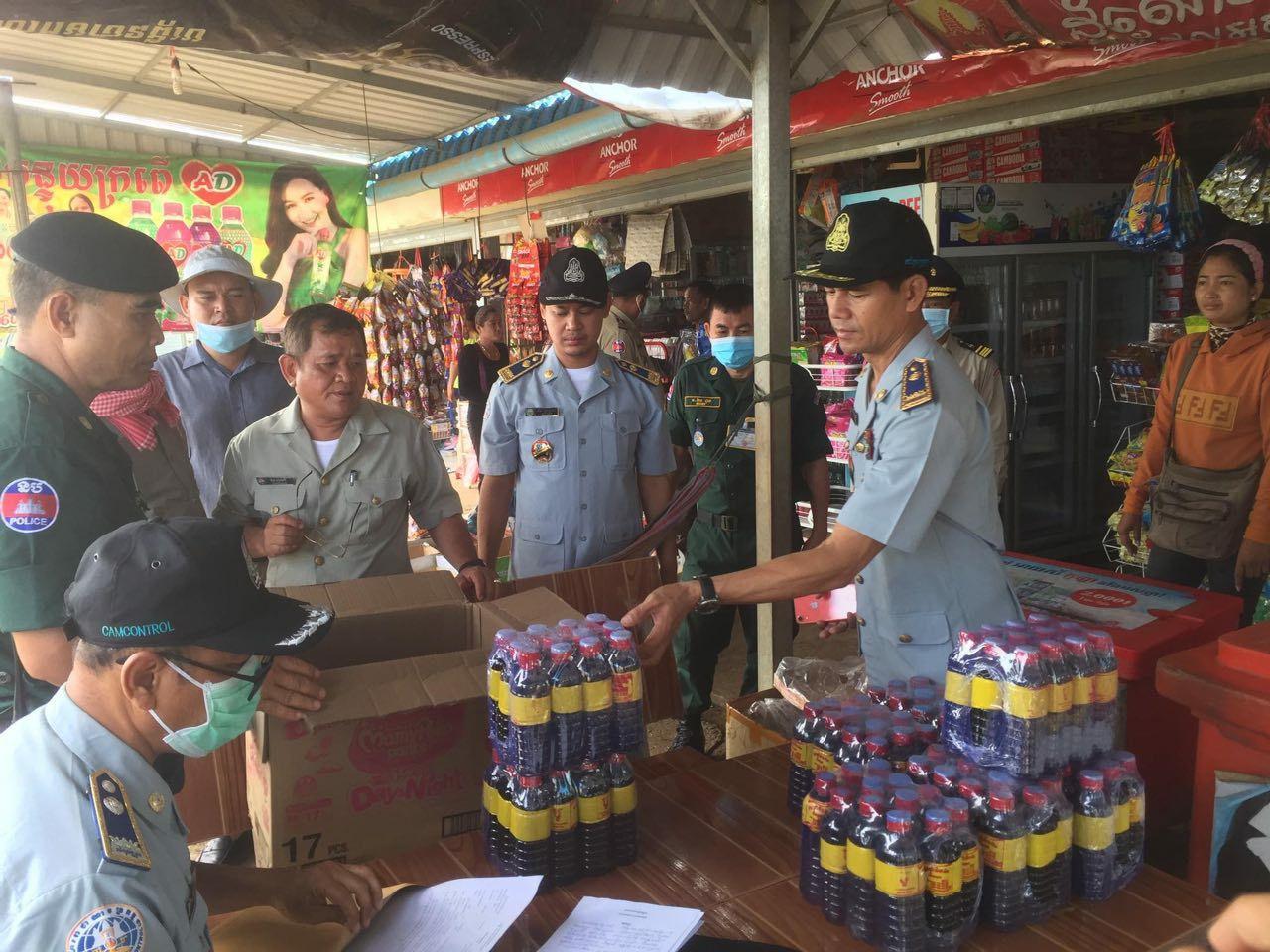 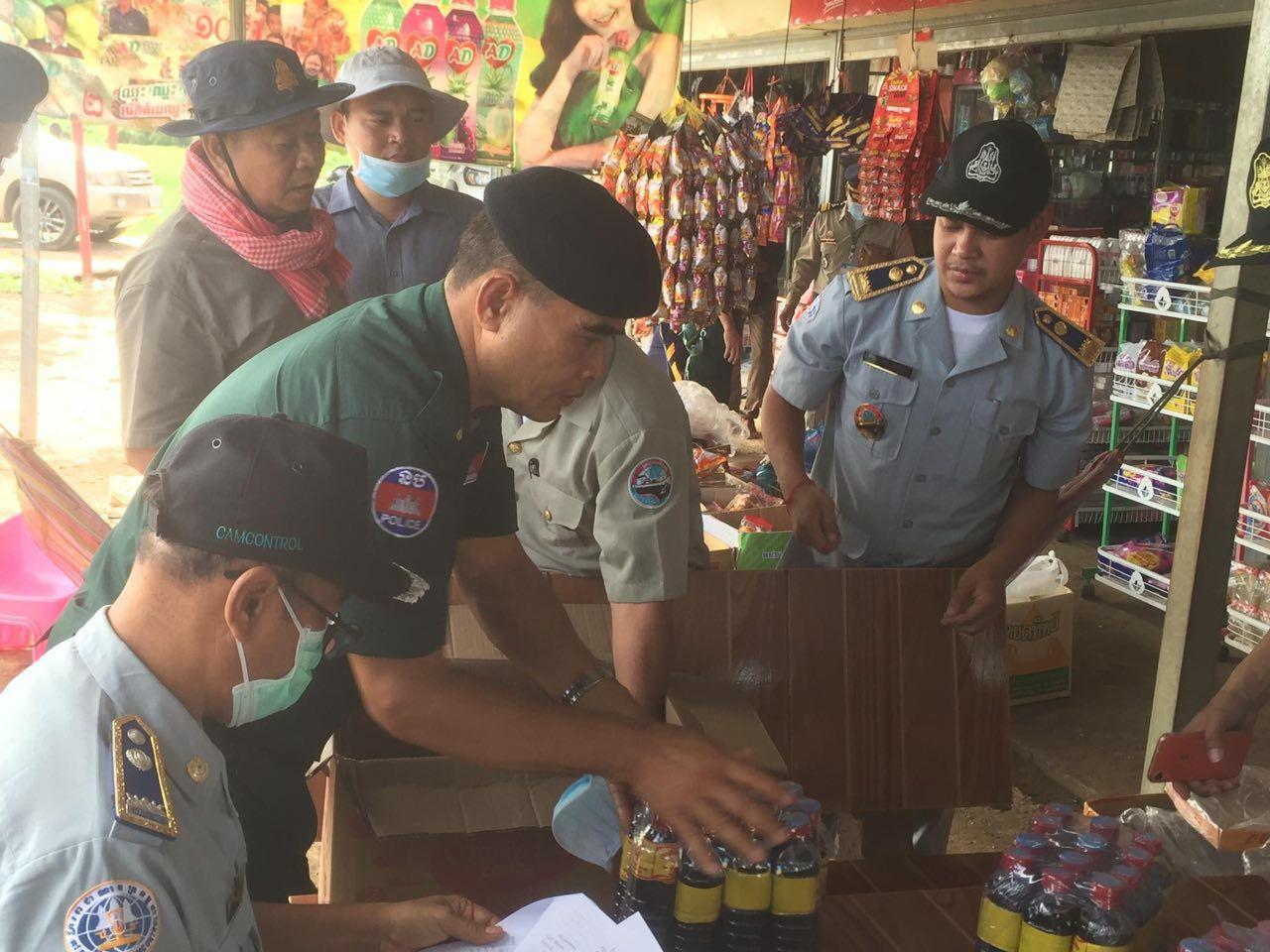 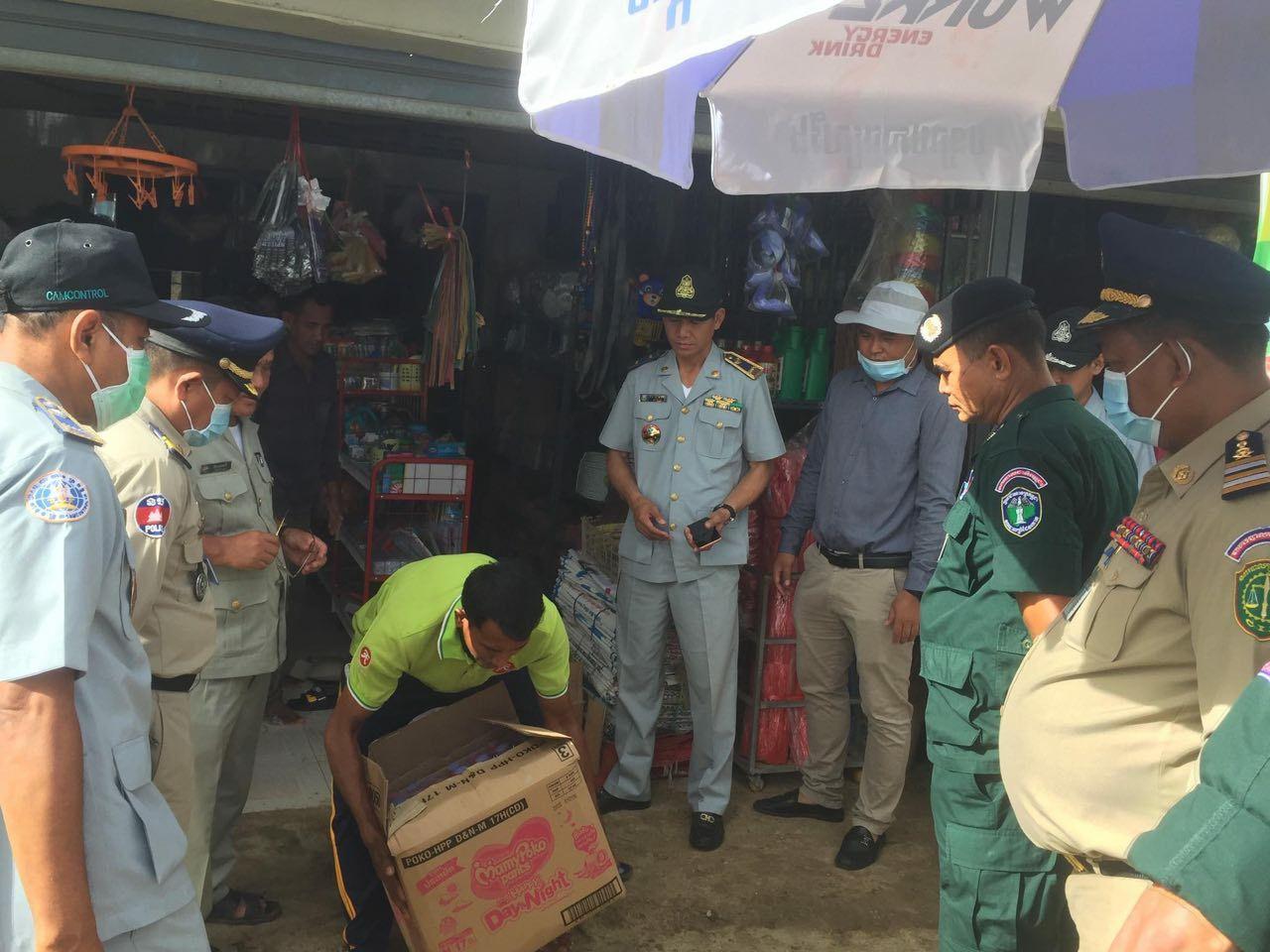 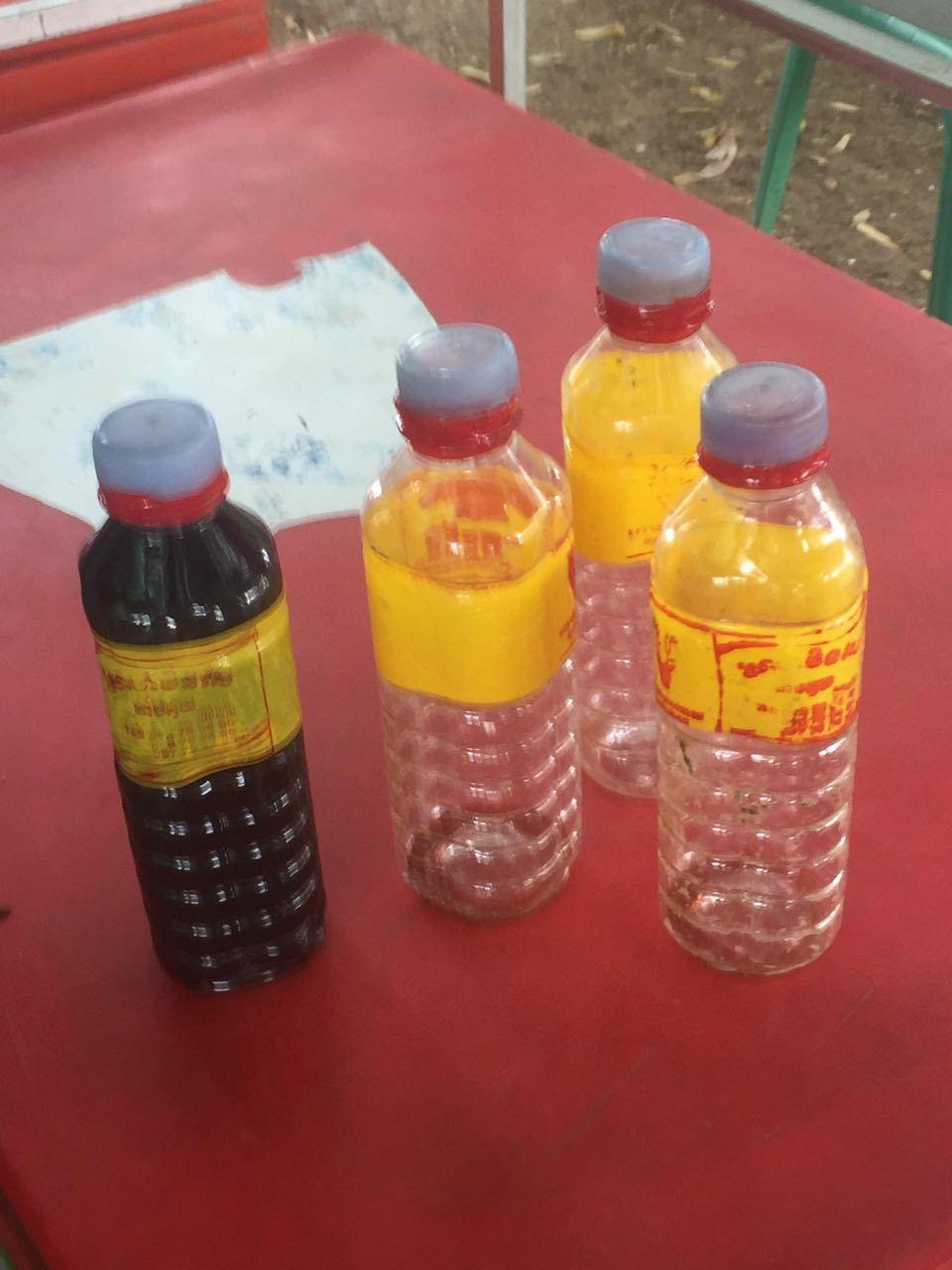 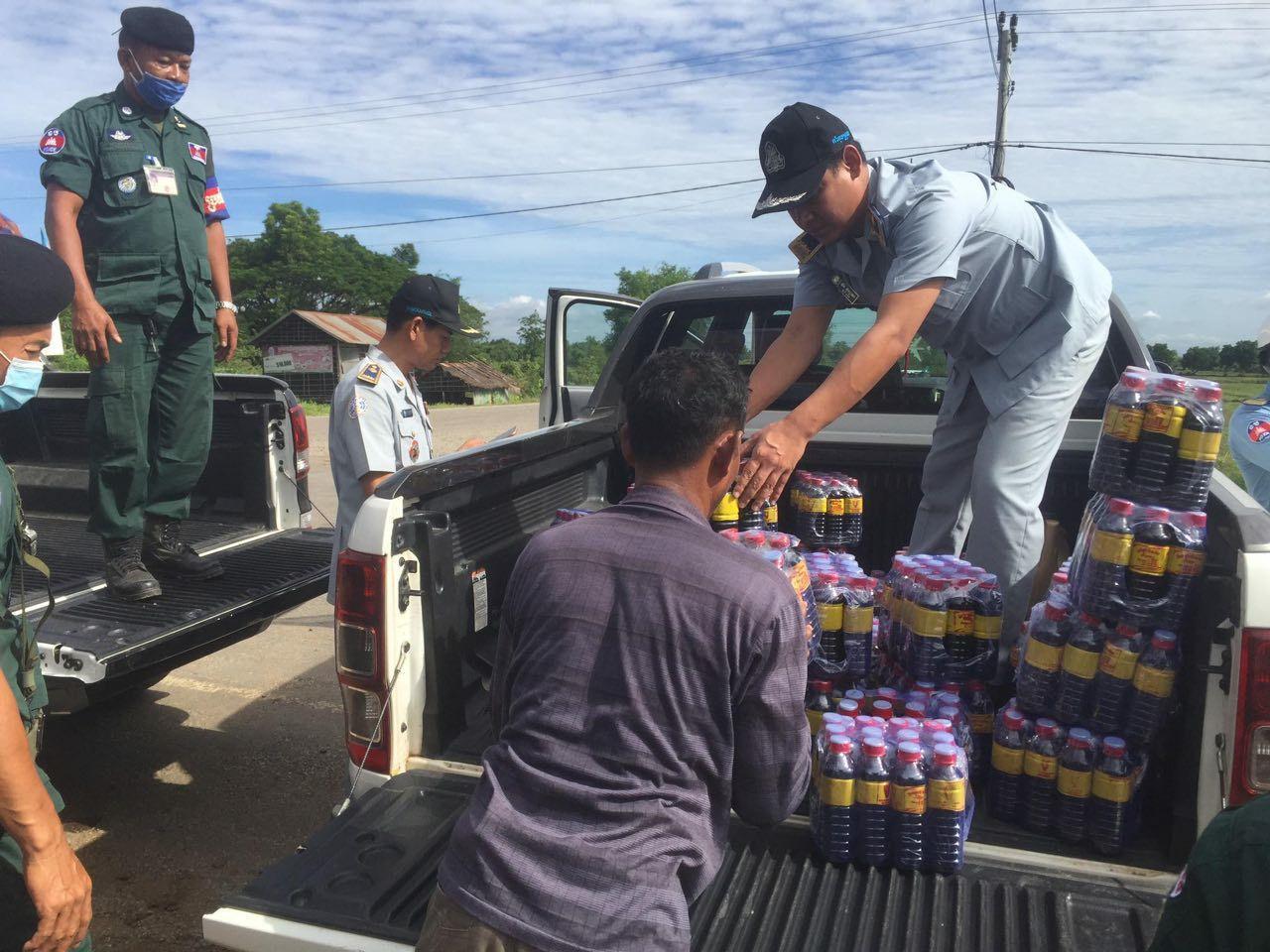