Authorities are seeking the arrest of those involved in forest crime in Oral district. 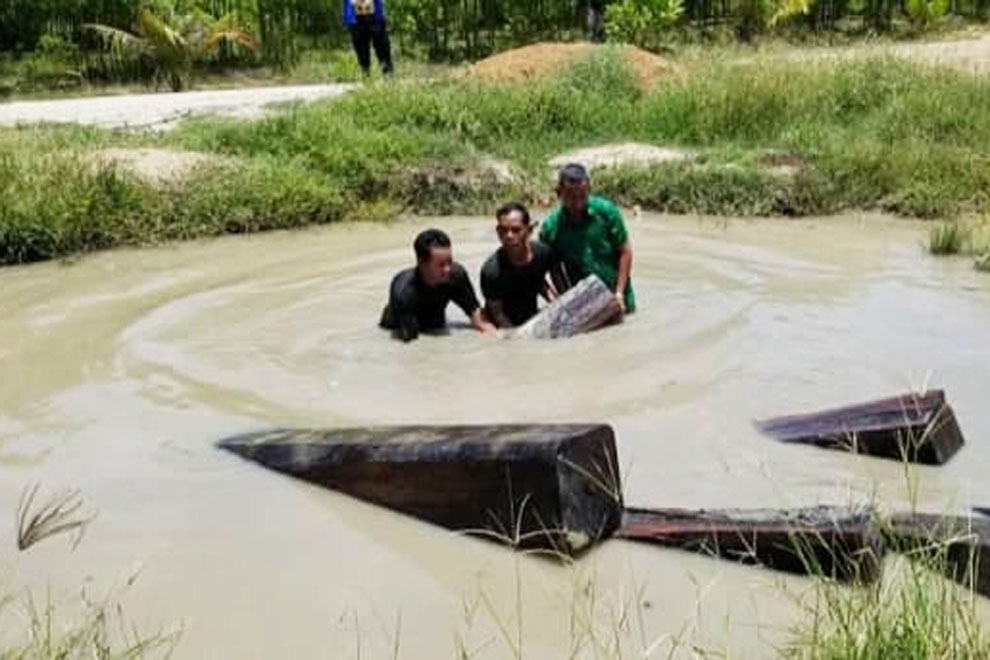 Authorities are seeking the arrest of those involved in forest crime in Oral district.


Kampong Speu: Kampong Speu provincial authorities are searching for the suspect, a military officer named Choeung Theng, in connection with a crime of nearly 200 pieces of forest, equivalent to 34 cubic meters. Authorities found and cracked down on Dambang Venh village, Sangke Satop commune, Oral district, Kampong Speu province, but the owner of the tree escaped. .

Neou Nak, deputy director of the Kampong Speu provincial environment department, said yesterday that nearly 200 logs, equivalent to 34 cubic meters, had been found. Yes. Among them, 1 container truck, 2 cars, 1 excavator for loading wood into the container and One motorcycle.

"Currently, we have handed over all the exhibits to the environmental experts of the Oral Mountain Wildlife Sanctuary for further processing," he said. We are searching for a suspect, we know his identity, but I can not reveal his background because we are pursuing Itself.

He said: "The suspects hid all the wood in different places, some buried in the ground, some dropped into the pond. And some are hidden in the forest, in addition to the wood storage location we found.

"We are now pursuing the suspects and other stakeholders."

He said: "The suspect is an active forest criminal and has been issued a detention order by the Kampot Provincial Court and then detained. He is in Prey Sam prison again related to forest crimes. When he returned, the suspect committed another forest crime in Kampong Speu province's Oral district, but this time he escaped.

According to a report by the Kampong Speu Provincial Police, economic crime police, in cooperation with relevant departments, led by Mr. Sok Phea Deputy Governor of Kampong Speu Province, with the coordination of Mr. Vith Makh, Deputy Prosecutor of Kampong Speu Provincial Court, inspected the location of illegal logging A law was issued on July 10 in Dambang Venh village, Sangke Satop commune, Oral district. The wood belonged to Choeung Theng, a 42-year-old man who was involved in the transportation of non-timber forest products, destroyed a bridge in Kampot province and was caught Prison as well.

As a result, 30 second trees were found hidden in the pond, and officials are building a case to send to court. On July 13, the police found 161 more pieces of corner wood No. 2 at the same location, including the offending equipment and handed over Environmental experts at Oral Mountain Wildlife Sanctuary proceed with legal procedures.

Choeung Theng could not be reached yesterday.