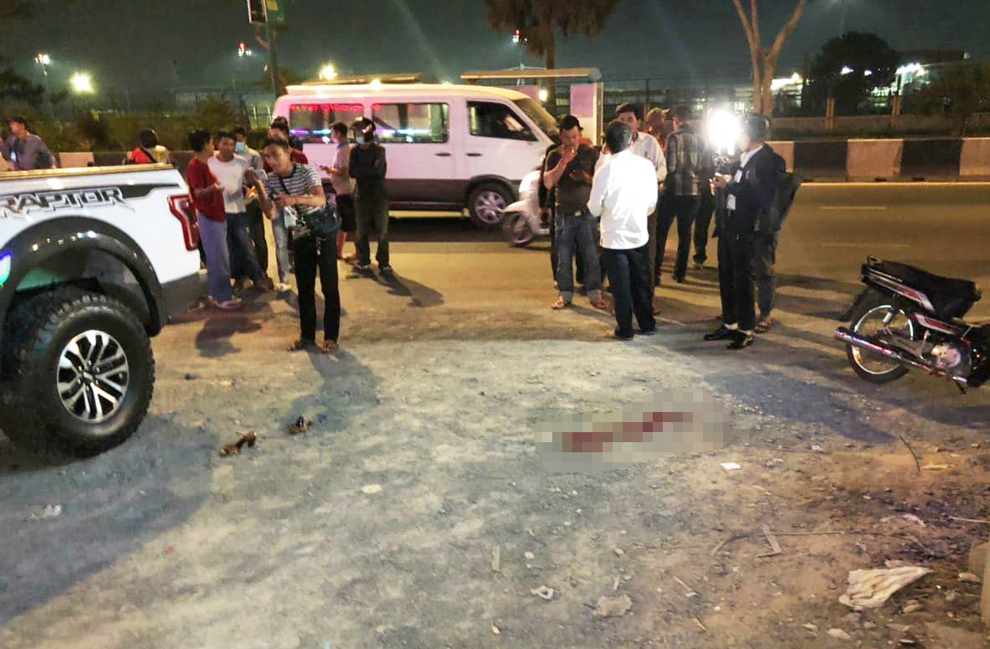 Phnom Penh Municipal Police Commissioner Sar Thet said yesterday that police had found the perpetrator's car in hiding. In Sangkat Ponsaing, Khan Prek Pnov, but the perpetrators have not been arrested yet.

"I have not been able to tell the procedure of the competent authorities because we are busy researching, but we have not yet Identify the perpetrators yet. However, we continue our research work.

Por Senchey district police chief Mon Vuthy yesterday declined to comment on the case, saying he was busy. However, according to the report of Mr. Chreng Thy, Chief of Administration Post of Sangkat Kakap II, said yesterday that last night entered the day December 30 – A shooting incident involving two plainclothes suspects armed with a handgun in a Lexcus RX300. Wear license plate Siem Reap 2A-4546.

The victim, Reth Sineth, alias Nhok, a 40-year-old male, was a deputy chief of the Phnom Penh Municipal Bureau of Minor Offenses. The victim was shot three times in the back, one in the front and one in the forehead. The victim's Glock 19 handgun, AALU204, was temporarily stored at the Po Sen Chey District Police Inspectorate.

Mr. Chreng Thy added that before the incident, the victim and his friend Ngan Phillin, a 29-year-old man, had left a soup kitchen around Wat Phnom. Driving a Ford Raptor to the scene, there was a car that caused 5 passengers, including 2 males and 2 females. A man and a boy were hit by a car driven by the perpetrator, leaving the victim's car behind, causing minor damage. The victim then drove over the perpetrator's car and hid in front of the suspect's car, and the victim pulled out a gun and fired at the suspect. Cars to stop settling. He added that the two sides negotiated and agreed to have the victim's car repaired to end the incident.

The assailant immediately told the two female passengers and a boy to ride home on a tricycle. As for the victim and Ngan Phillin, they were watching the damage to their car when the suspect pulled out a gun from his waist and fired at the victim from behind. Four bullets caused immediate death at the scene, while two perpetrators escaped in a car. But Ngan Phillin ran to retrieve the gun from the victim and fired back.

According to Dr. Nong Sovanrath, a forensic doctor at the Phnom Penh Office of Science and Technology, the victim died in the shooting.