Authorities are searching for more than 5,000 marijuana plants in Pursat 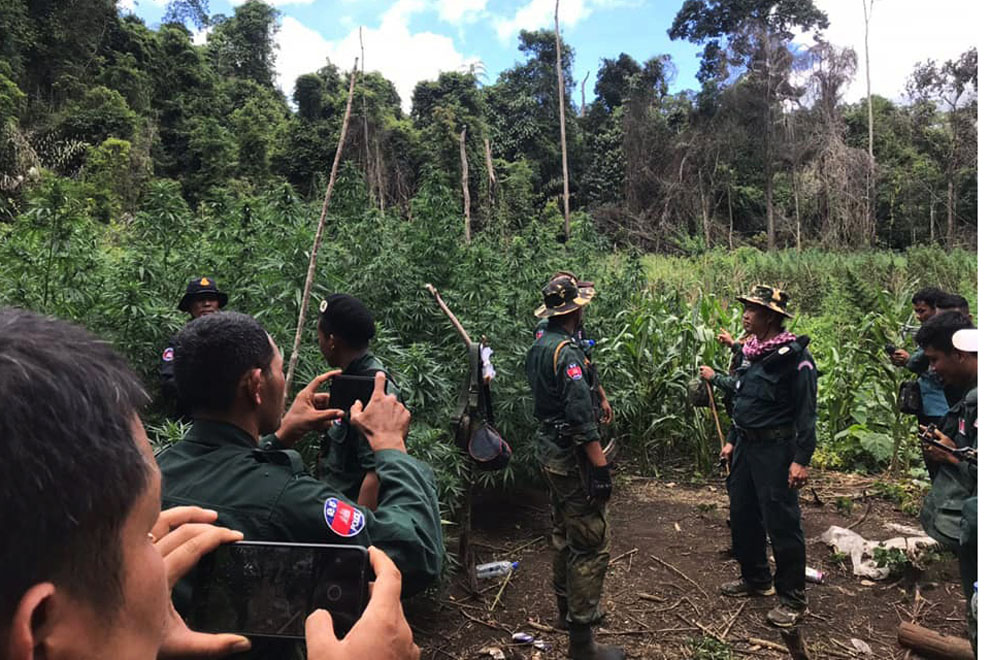 Authorities are searching for more than 5,000 marijuana plants in Pursat


Pursat: Pursat provincial officials are searching for the perpetrator who illegally planted marijuana in Dey Krahorm village, Anlong Reap commune, Veal Veng district, Pursat province after Found through residents and burned 5,530 marijuana trees on the spot during the crackdown on July 18 while The suspect stole 2 hectares of land.

Veal Veng district police chief Theang Leng said yesterday that authorities were searching for suspects who had stolen marijuana. This is in the valley of O 70 in Dey Krahorm village, Anlong Reap commune, Veal Veng district. Authorities also found more than 30 kilograms of dried marijuana at the site.

Mr. Theang Leng stated: "When our forces arrived at that location, the owner escaped and now we are trying Identify the suspects, because we can not allow the cultivation of such crops, it is illegal. "We do not take long, the suspect will be arrested soon because we are busy researching."

He added that the operation was in accordance with the order of Pursat Provincial Police Commissioner Sarun Chanthy, who assigned him to lead the Veal Veng district police force and Anlong Reap police station, in cooperation with the district military police, a total of 34 people went to crack down on this illegal marijuana plantation.

Sok Nath, chief of the Anlong Reap commune administrative police station, said yesterday that in that area, there are many mountains with difficult access roads, which are 30 kilometers long. From National Road 55, the authorities could not catch the target. On the other hand, the perpetrator kept the dog in the hut guarding the plantation while the police approached the crime scene, the dog barked so that the perpetrator could Escape.

He said authorities could not drive a car or bulldozer into the marijuana plantation, walking more than 30 miles. Kilometers cross the forest and there are many waterfalls and it takes almost 4 hours to get there. The location is favorable for growing marijuana because there are large forests and can grow marijuana in small forests to hide from the authorities. In particular, the perpetrators took the waterfall to water their marijuana plants easily.

“So far, we have identified some of the perpetrators. According to my inquiries from the villagers, there are 4 perpetrators in total, 3 of them are from Kirivong district, Takeo province and one is a villager Here in person, however, they have all escaped. We are still researching. ”