Authorities are searching for identifiers in state pine plots 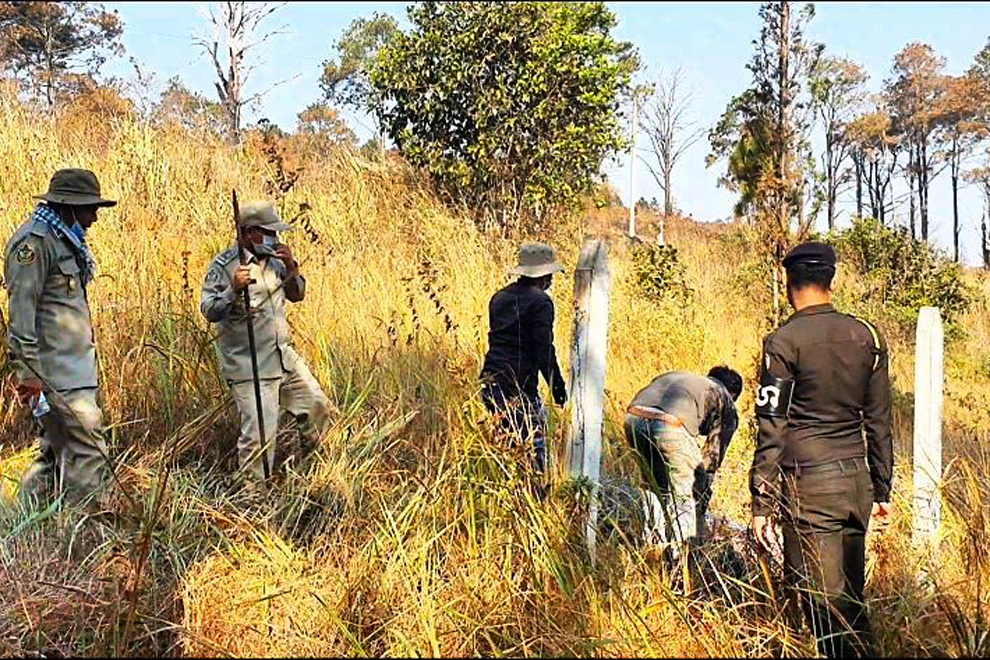 Authorities are searching for identifiers in state pine plots


Mondulkiri: Mondulkiri provincial authorities have been searching for the identities of looters who looted stone posts on state pine fields Ownership after the removal of nearly 200 poles of stone poles in Sen Monorom commune, Ou Reang district, Mondulkiri province.

O'Chir district governor, Seak Mony, said last weekend that the unidentified person had been throwing stones at the ground near 200 poles. About 100 hectares of land in an attempt to clear the pine forest, illegally obtained land.

But after receiving this information on January 29, more than 10 cops went down to remove the posts while Authorities are proceeding to list the plantations as state land.

He added that, in the past, the area had been encroached twice, but authorities had withdrawn. But the one who planted it did not come to take responsibility. But the authorities will now search for those anonymous individuals to take legal responsibility.

Mondul Vann, deputy police chief of Mondulkiri province, said his force was involved in the removal of the stone pillars, but around Buying or selling land and why he didn't know this.

Keo Sopheak, director of the Mondulkiri Department of Environment, said he had received the news, but the land in that location was not within the jurisdiction of the department. Environment No province. But under the administration of the Forestry Administration.

“The land is under the management of the Forestry Administration. The provincial environmental department manages the land adjacent to the land, but no thieves are planting it. We will also visit the land under the supervision of the Environment Department for fear of theft. The problem is that we do this regularly because the perpetrator is waiting for us. If we don't go down and look, they will steal the land. "

Oum Sovann Sopheak, director of the Mondulkiri Forestry Administration, could not be reached for comment on the case. .

Eang Mengly, coordinator of the Adhoc human rights association in Mondulkiri province, said he had received information but had not visited. He said the land had been violated several times, but the authorities had come under fire in time.

Eang Mengly supported the authority's action, but asked to identify the perpetrators of such anarchy. He said authorities must strictly enforce the law to warn others not to take state land.

According to Seak Mony, there is a pine plot of a company next to the stolen state land, but it is not yet available. It was registered because there was a conflict on the land. So wait for the team to go to the inspection to decide how much to roll and where to cut Let companies and locations cut people.