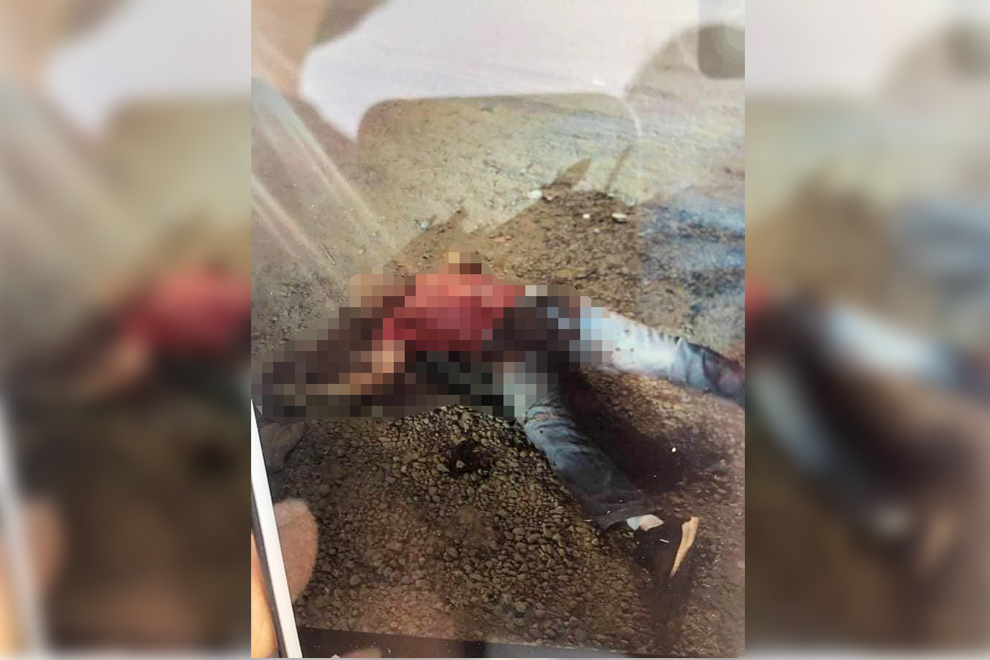 
Kampong Speu: Kompong Speu Provincial Police are searching for suspects in a robbery that killed a taxi driver who had fallen off a car. More than 8 pm on April 3, along National Road 4 at Kampong Speu Market.

Kompong Speu provincial deputy police chief Sam Sakak said yesterday that the victim, Moek Chek, aka 50-year-old taxi driver, was fleeing from the scene. Sihanoukville to Phnom Penh. His case is under investigation for the arrest. Because the murder was a case of robbery, killing and taking property from the victim.

“The murder is not clear what the perpetrators are and what their nationality is,” he said. "My authority is looking for stakeholders."

He said that at around 8 pm on April 3, passengers found the victim above lying on his body There was blood stains on shirts and pants. At that time, people were watching, but no one knew the identity of the victim and reported to his authority for inspection. Examine the body.

Authorities examined the body and found six stab wounds in the left neck, the right neck and the other 2, one right ear, one abdomen, one her left arm and two others her right arm. In this case, the authority is not yet clear whether the cause of the scandal is because the police are burning arms. Research this carefully.

He said that after the victim was killed, the suspect took the victim's car on Route 51 (off the road to the road) Odong district) and opened a stone wall, an ATM. Then the car broke off and the front tire was completely out of the road and the suspect may have escaped. At that breakpoint. The suspect's parking lot is located in millionaire commune, Samaki Meanchey district, Kampong Chhnang province.

“According to his wife, he told me that her husband was a military veteran but had not been in the military for three years. Taxi runs. ”

To find out the motive for the murder, he said, his authority had asked to work with the Preah Sihanouk Provincial Police Headquarters to look for security cameras. The sign that rents the first car. Authorities then asked to cooperate with the Kampong Chhnang police, where the suspect parked the victim's car.