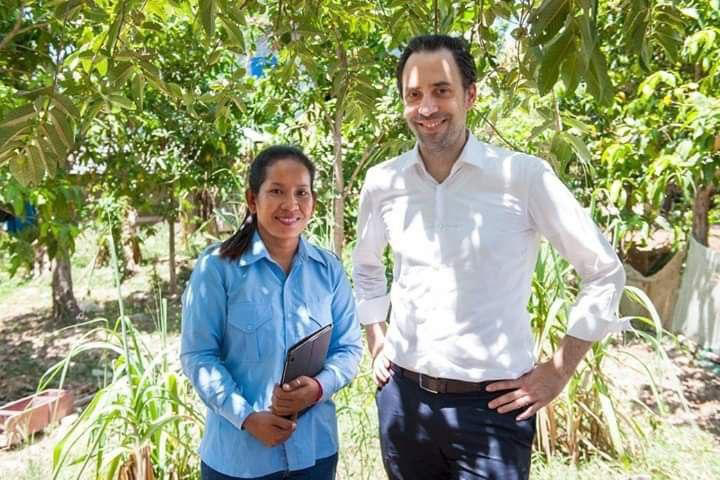 Australia and Germany are pleased to support the Royal Government's Emergency Cash Transfer Program to poor families during the time of the disease.

Australia and Germany see the initiative as a historical day for Cambodia, which was announced today by the Samdech Techo Hun Sen, according to the German Embassy's Facebook page on June 24. Cambodian Prime Minister Hun Sen We are proud of our long-standing support for the Ministry of Planning's Poor Household Identification Program, which enables us to implement this important initiative.
Cambodia's first large-scale cash transfer program may have appeared due to the identification of poor families. Australia (AU $ 14 million) and Germany (6.1 million euros) have been working with the Ministry of Planning through the German Cooperation Agency (GIZ) for more than 10 years in providing Establish and maintain this unique system of Cambodia to identify poor and vulnerable families.
Germany vows to add 1 million euros for cash transfers through the program with Australia. The IDPoor database has been updated regularly and currently 560,000 households (2.3 million Cambodians) are eligible to participate in this new access to cash program.

Australian Ambassador to Cambodia, Pablo Kang, said: “As a neighbor and friend to the people of Australia, Australia has a common stake in Cambodia's economic immunity and is committed to working with our partners. To create a way that works for the betterment of all Cambodians. ”

Ambassador Kang continued: "We would like to congratulate the Royal Government of Cambodia for using this poor family identification system that Australia has been helping to establish over the last decade with the aim of making the transfer. Cash has gone to those in greatest need. ”

Dr Günter Riethmacher, Director of the German Cooperation Agency in Cambodia, said, "Under the joint effort with our Cambodian partners, we have been able to achieve the addition of 50,000 new families to this month's poor identification system Use a new system called the Poor Household Identification Program on request, which gives families the opportunity to be identified and integrated into the database throughout the year without having to wait for a timely update. ”

Dr Riethmacher added, "The proposed family identification program will continue to be a permanent part of the program to identify poor families."

"Cambodia has been successfully managing the health crisis and is now addressing the socio-economic impact of the crisis," said German Ambassador to Cambodia Christian Berger. This planned cash transfer program is an effective mechanism: this program is aimed at helping families in need and at the same time boosting spending, which helps the economy as a whole. I am proud that with the help of Germany and Australia, the Royal Government of Cambodia now has a system in hand to directly assist the poor and vulnerable. ”

Australia and Germany are committed to continuing to work with the Royal Government of Cambodia, civil society and the private sector for social protection systems that support communities becoming more resilient and everyone will be able to participate in economic life and Social ៕