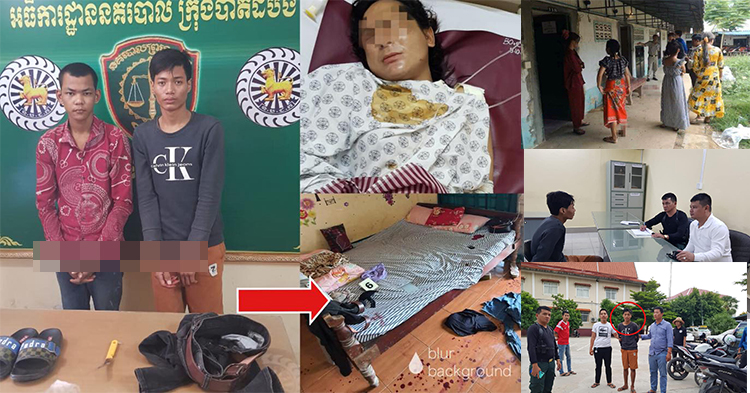 
Battambang: The police chief of Battambang province said On June 21, 2020, following the orders of HE Gen. Ouch Sokhon, Commissioner of Police of Battambang Province, as well as his expert opinion. Lieutenant Colonel Lim Puthyla, Deputy Commissioner of Criminal Police Work Plan of the Commissioner, at 6:55 pm, at Ot Ta Km 1 Village, Sangkat Tuol Ta Ek, Battambang Municipality In conjunction with the police force of the Metropolitan Police Inspectorate of Battambang, with Inspector-Colonel Youk Vann Chhay operating a crackdown (attempted) A robbery was not ruled out (stabbing a victim) in one case and two suspects were arrested.

Colonel Chang Van Chhay, Battambang Municipal Police Inspector, confirmed that on the night of June 17, 2020, a violent incident took place at a rented room. In the village of Kamakor village, Svay Por town, Battambang province, the victim, Noe Rady, 29 years old (male) Nore 1 village, Norea commune, Sangke district, Battambang province, for rent in the above ground has been attacked by suspects. Many blades) causing serious injuries and being sent to the hospital when the victim was shocked Let's help. During the course of the act, the suspect managed to flee the scene without taking any property. No, the victim is still recovering in hospital.


Lieutenant General Chhoeung Kim Song confirmed that through the above activities and through the guidance of the commissioners and the Deputy Commissioner received the plan He personally co-led the investigation into identifying the cause of action and the arrests that resulted. Initially, the suspect confessed to the attempted robbery of the victim above night. June 17, 2020 at that point.

Lieutenant Colonel Lim Puthyla, Deputy Commissioner of Criminal Police, confirmed that with the guidance of His Excellency and with his cooperation From the police officers, including the participation of the public, the police have been able to achieve the same result. Bless the people, the masses, continue to cooperate with the police and be alert for personal safety and property as in the case above. Starting with the victim's trust in the suspect gives him the opportunity to take action and please provide any immediate information. To the police in case of any local incident.

The two suspects, as well as the exhibits, are preparing a case to be sent to the prosecution, with the Battambang court taking legal action. .

Please note that a gay man brought his honeymoon lover together, but he was disappointed in the 5-shot duo attempted to rob. Jewelry.
Authorities said the incident happened at about 2:30 pm on June 17, 2020 at a home point. Rent in Kamakor Village, Svay Pour Sangkat, Battambang City, Battambang Province.

According to the source, the victim was also identified as 31-year-old Nun Nady Rady, 31, of Narea village, Norea commune, Sangke district. Prior to the incident, the perpetrator and the victim had been dating from a friend's birthday party in Borey Romchek in Ratanakkiri and were in In a gay room. After chatting for a while, the victim (gender) came into the bathroom to take a shower and then left the bathroom with the knife Three stabs, 2 stabs and two shoulder blades suspect in attempt to rob jewelery On the victim's body.

Residents at the scene said that when the perpetrators made multiple stabs, the victim then shouted at his neighbor. Help also surprised the roommate, helping to make the escape. 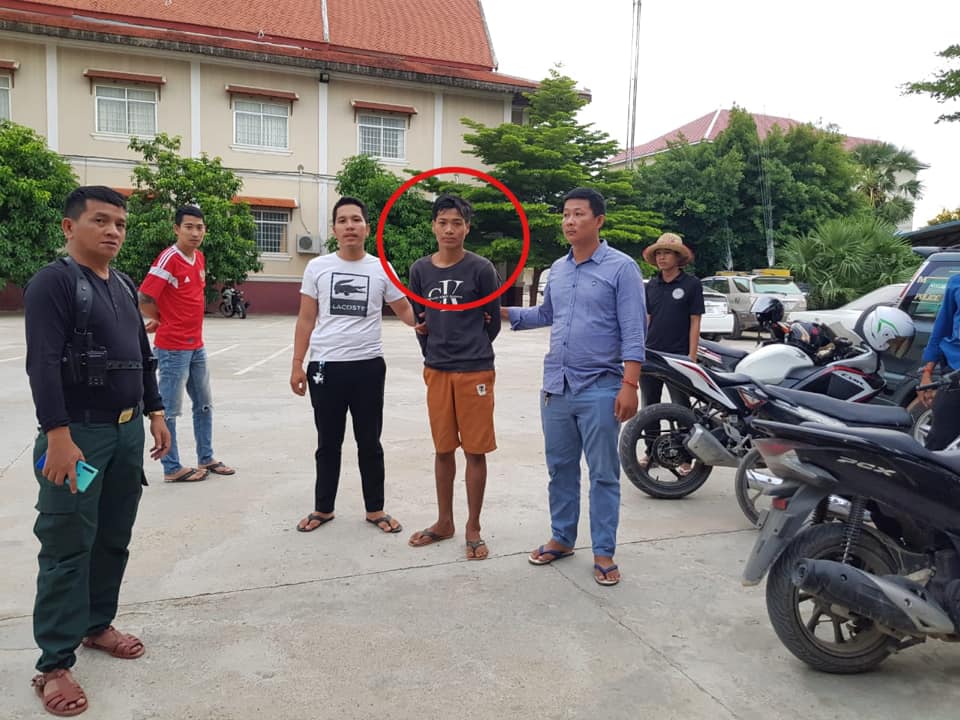 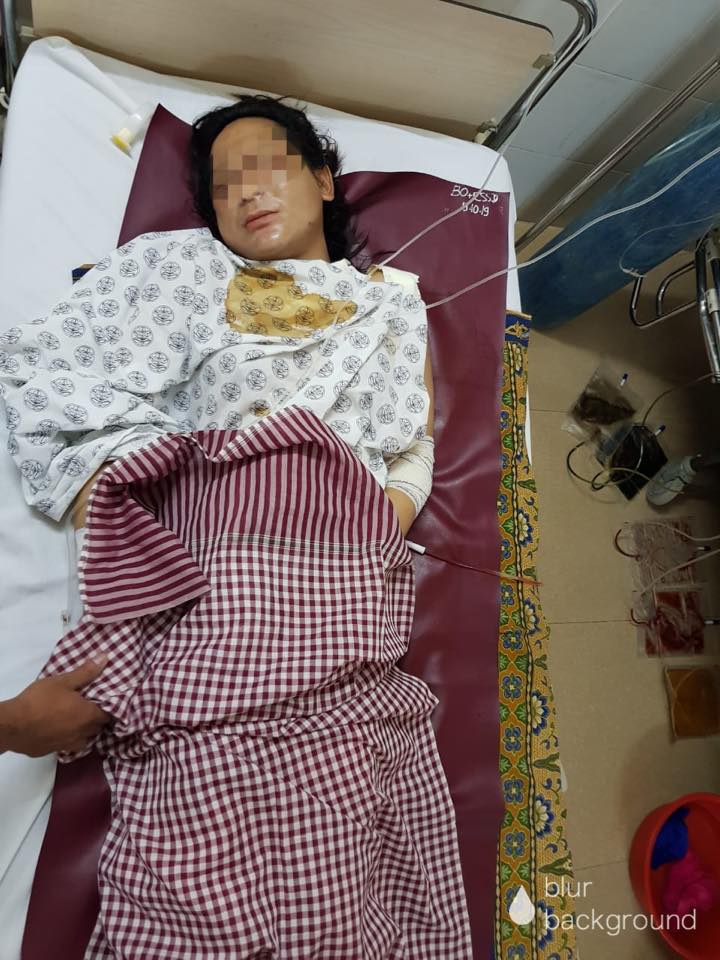 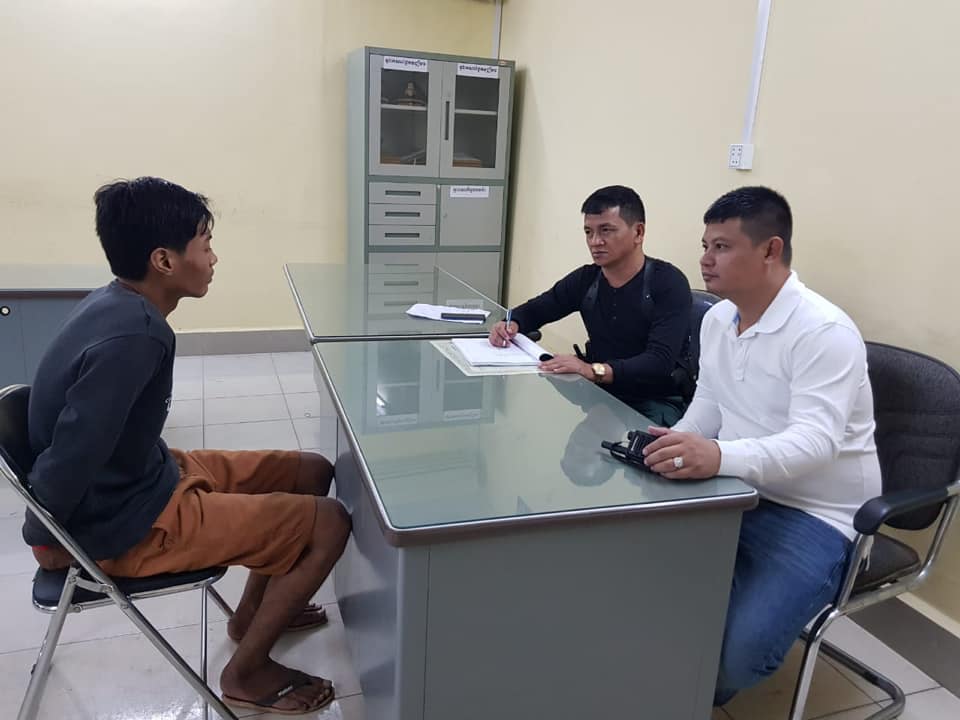 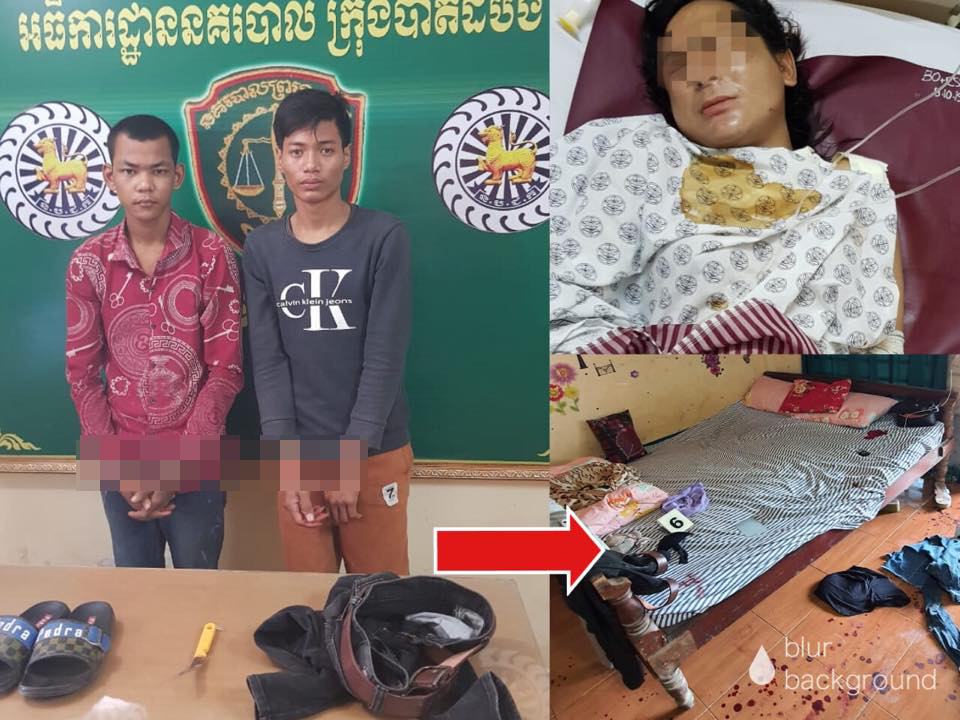 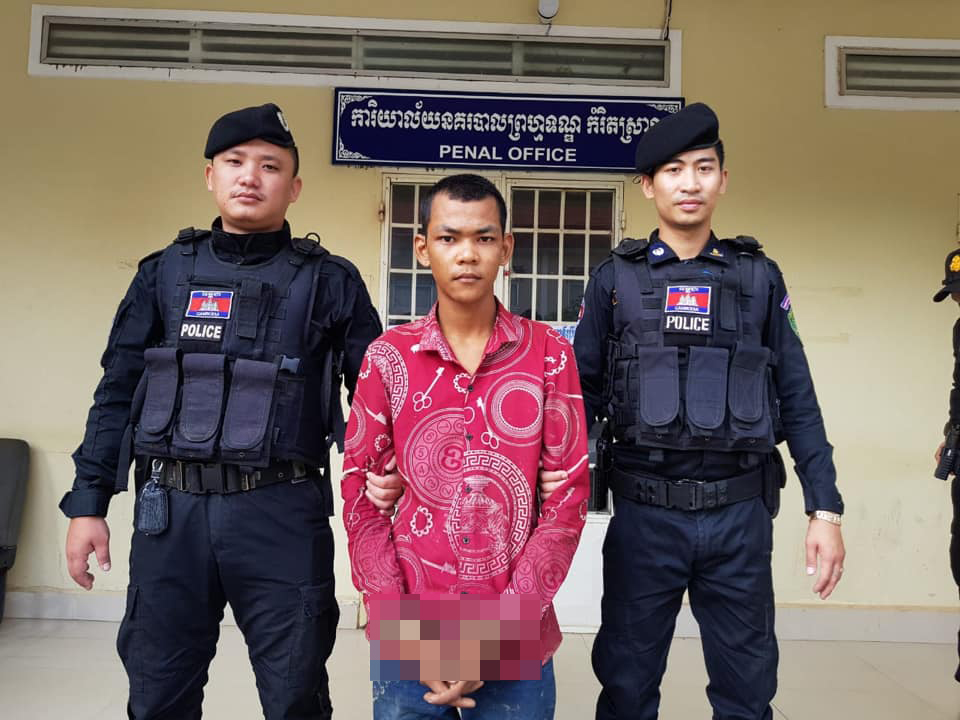 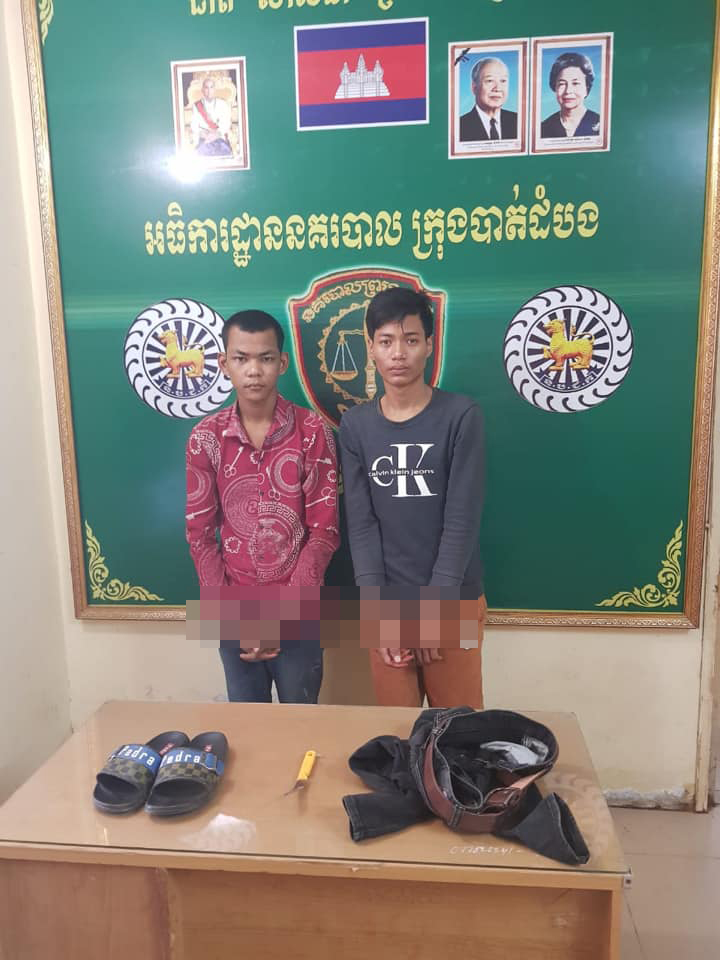 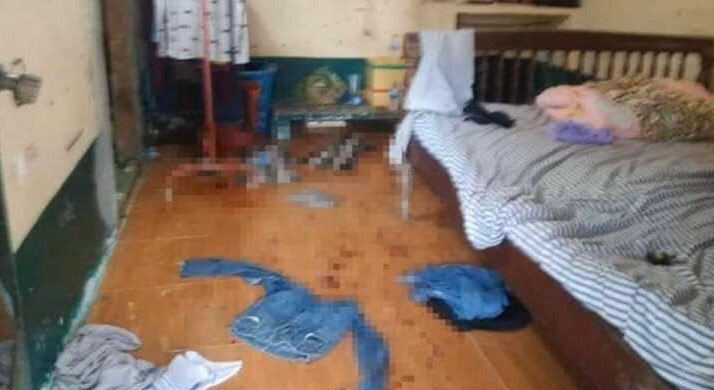 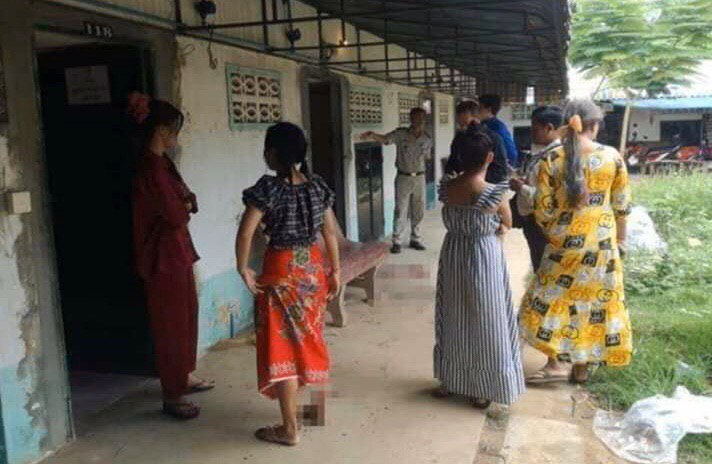 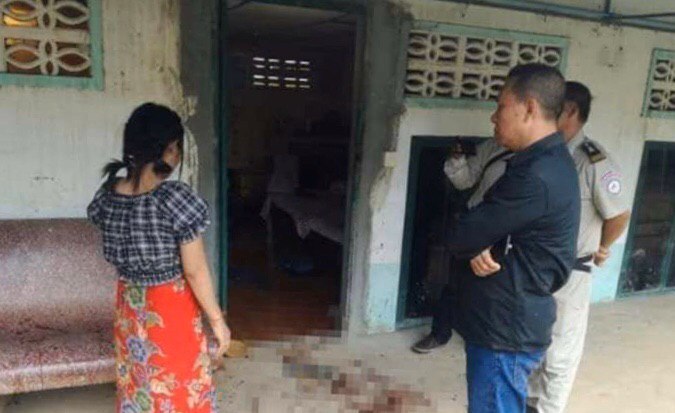