Attempt murder of a hippie boy, trampling an ax and lying on a hammock as if nothing happened

Attempt murder of a hippie boy, trampling an ax and lying on a hammock as if nothing happened


Kandal: Muk Kampul district police have reported a case of attempted murderA teenage boy holding an ax, drunk with alcohol, climbs into a house and stabs a victim over the age of 60 into serious injury. After the incident, authorities arrested the suspects to build a case to court. 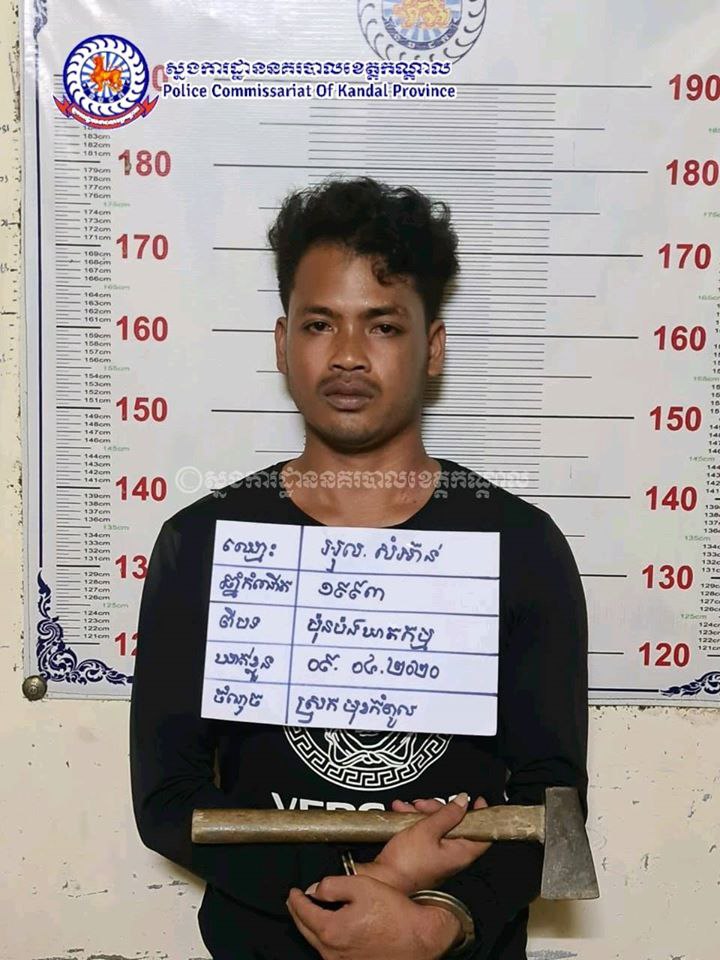 
The victim, Yi Phally, male, 68 years old, occupies her home at the present day village – commune (head injury) Front, 1 left groin injury and one right knee). The suspect arrested by Oul Sam Oeun, a 27-year-old Cambodian, is not living in the village today. An evidence of an ax clearing an ax.

Muk Kampul district police chief described the incident as saying that before the incident, the victim had gone to wash dishes for food. Mr. Ol Sam Oeun walked up to the victim's house in an attempt to get an ax with his ax. Three axes fell on the victim's head The boss had to cut one of his left elbows and one of his right knee to cause bleeding, and then the suspect went to bed on a hammock. Victim's home. At 17:00, Yi Yin, a relative of the suspect, immediately filed a complaint to the police station of Prek Stick Administration. The Prek Dam administration came to the scene and arrested the suspect and brought him to the post for questioning. In front of the cops, the suspect confessed that he had actually axed the victim.

The suspect is currently being detained at the Moulmeak District Police Inspectorate to make a formal case. By: Kolab 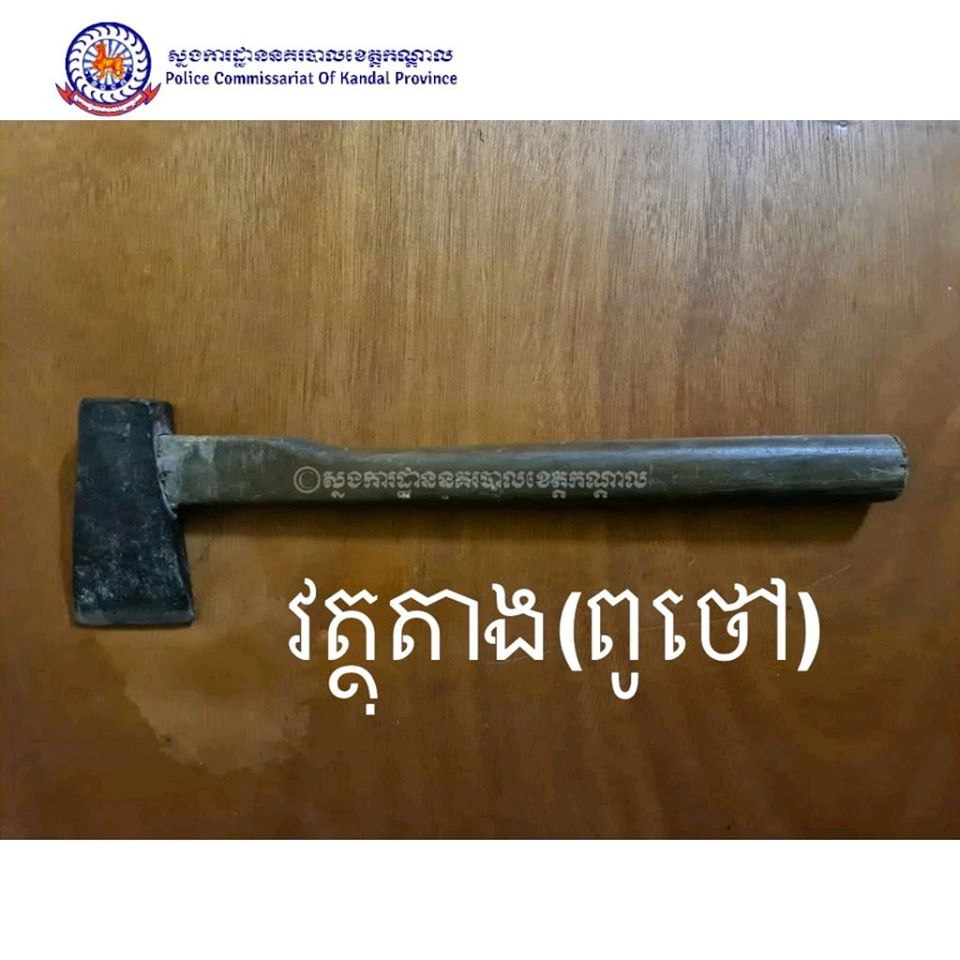 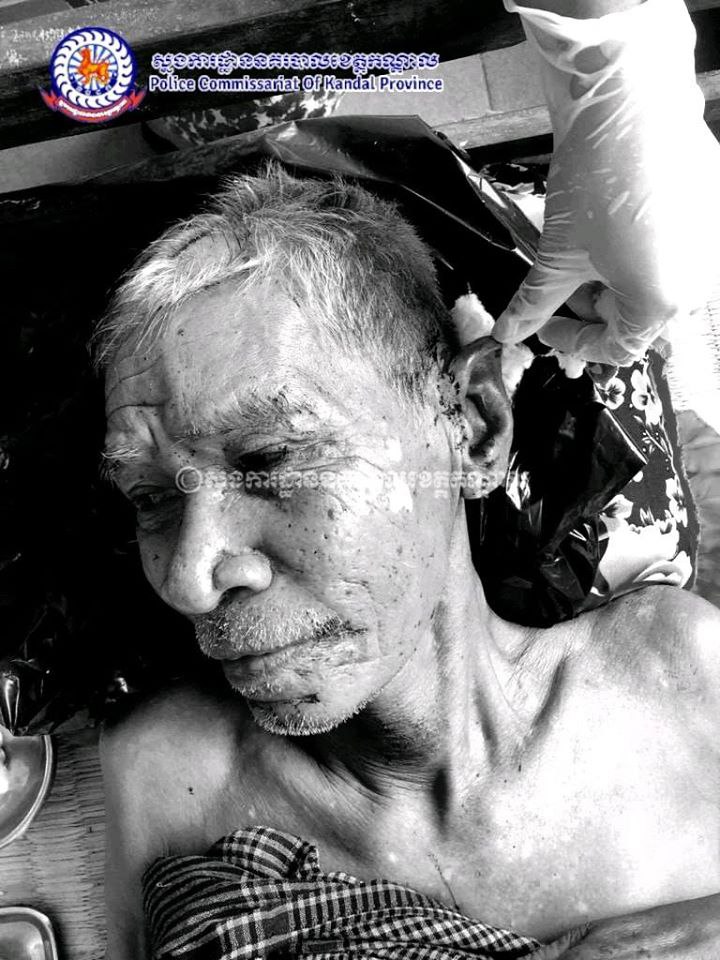 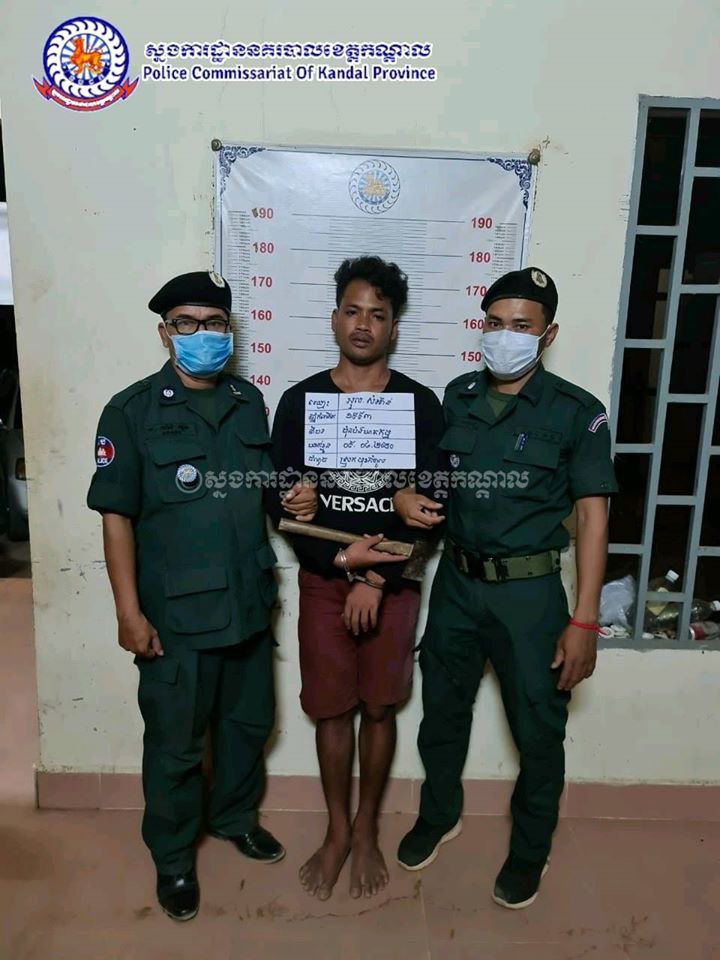