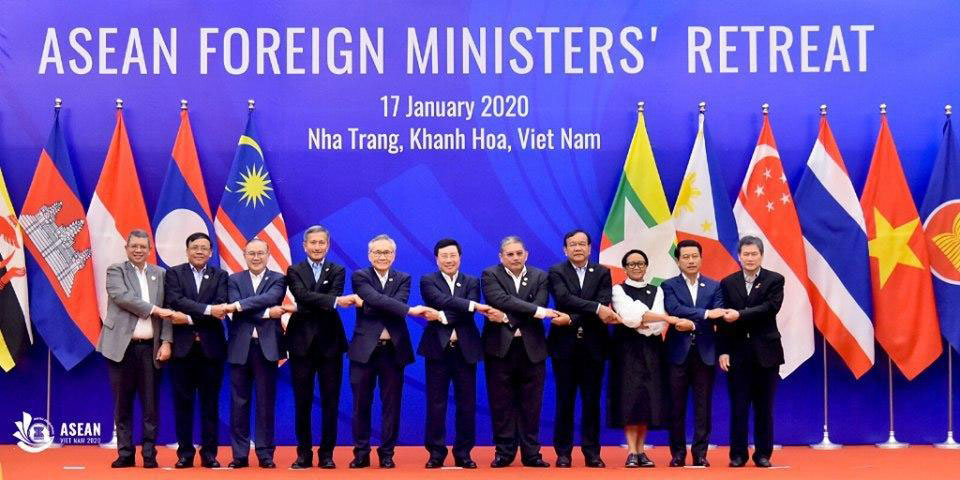 Phnom Penh: After Asean leaders agree to attend the ASEAN-US Special Summit on March 14, 2020, in a two-day summit of January 16-17 in Vietnam. ASEAN Foreign Ministers discussed the process of attending the meeting.

Following the announcement of the result of the ASEAN Foreign Ministers' Retreat (AMM Retreat), January 16-17, in Nha Trang, Vietnam, Cambodian Deputy Prime Minister Prak Sokhon informed the narrow meeting of priorities. Cambodia in ASEAN for 2020. As the ASEAN Security Policy pillar, the Deputy Prime Minister stated that as a country that initiates and hosts the ASEAN Regional Center for Mine Action, Cambodia is always committed to helping the Center to function fully and effectively in enhancing its development. Understand the impact of the war on war and encouraged by the Center Dale has made significant progress in building institutional capacity and expanding the process by 2019.

The Deputy Prime Minister stressed that the linkage of ASEAN with the ASEAN Dialogue Partners is fundamental to the building of the ASEAN Community and the ASEAN's centrality. He also informed the ASEAN-New Zealand Leaders' Meeting on April 9, 2020, following the 36th ASEAN Summit in Danang, Vietnam.

"The ASEAN Foreign Ministers discussed the US proposal to host the ASEAN-US Special Summit on March 14, 2020 in Las Vegas, USA," he said.

The ASEAN Foreign Ministers supported Vietnam's theme of "cohesiveness and responsiveness" as chair of the Association of Southeast Asian Nations this year and five key priorities to promote the building of the ASEAN Community. The ASEAN Foreign Ministers noted key achievement documents put forward by Vietnam as the Chair of ASEAN, in line with previous ASEAN chairmen's efforts to achieve the goal of building the ASEAN Community.

2020 is an important year for ASEAN-UN cooperation and marks the 75th anniversary of the founding of the United Nations. In this regard, the ASEAN Foreign Ministers supported the proposal of Vietnam, the President of the ASEAN, 2020 and the Chairman of the UN Security Council for January 2020 to prepare the ASEAN to inform the UN Security Council. From the theme “Cooperation between the United Nations and regional and sub-regional organizations in care International peace and security: the role of ASEAN, "in January 2020 in New York.

The ASEAN Foreign Ministers also exchanged views on a number of emerging regional and international issues, emphasizing the following:

• The ASEAN Foreign Ministers expect to sign the Comprehensive Regional Economic Partnership Agreement (RCEP) this year that will further contribute to regional economic growth and prosperity.

However, it is not yet known whether Malaysian Prime Minister Mahathir, one of the strongest men in Asia, will attend because of the 10 ASEAN leaders. Only Mahathir expressed his disapproval of Mr Trump and said he would not meet with Mr Trump at the ASEAN-AM special summit. No.

Mahathir did not like Trump, but he liked George W. Bush from the same Republican party. In 2002, President Bush agreed to meet with Mahathir once after Malaysia paid some US lobbying companies to arrange a meeting with Bush.

The Washington Post, meanwhile, has hired lobbyists in Washington through a heritage fund to persuade the White House to approve the visit. The cost of lobbying activities is estimated at $ 1.3 billion, the report claims.