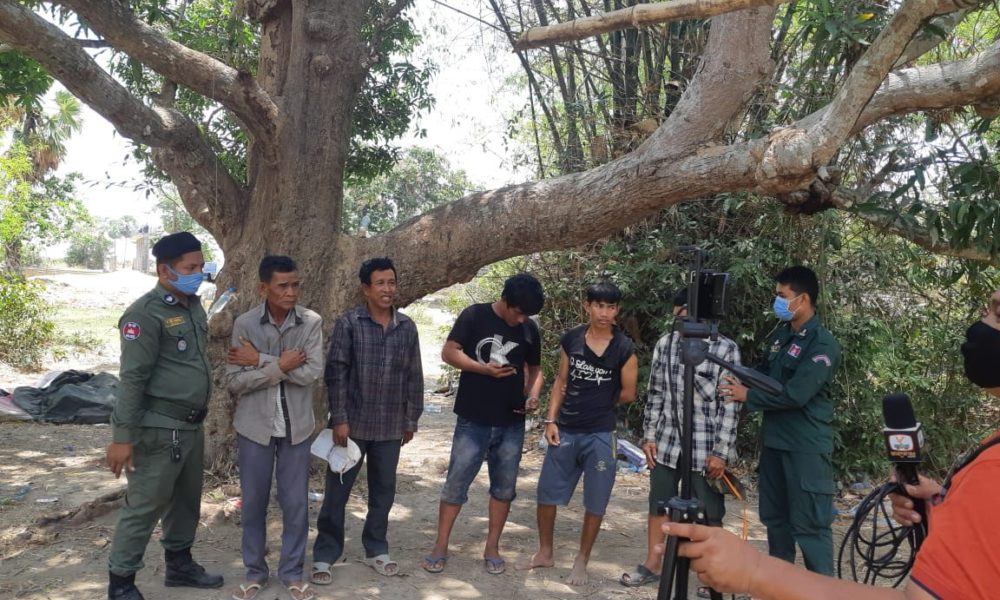 According to a report from the Krakor district police inspector, in the event of a raid on a cockpit, the authorities arrested four people and brought them to the district police station for education and a chicken coop. That was set on fire by law enforcement.