Armed car bombs detonate and destroy a cab of a tractor 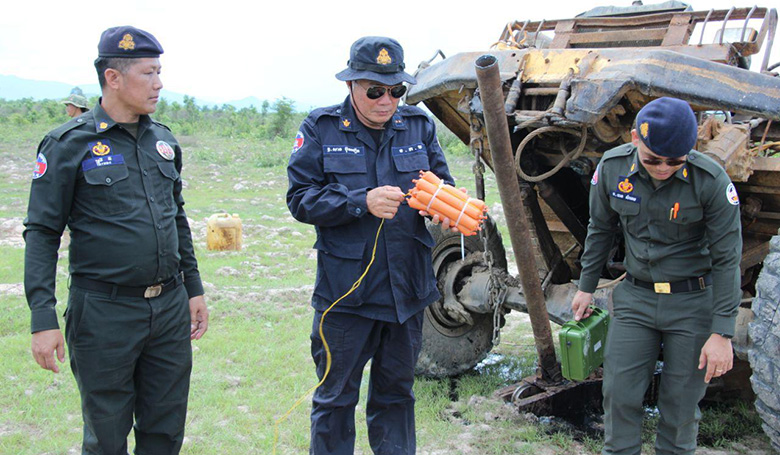 Armed car bombs detonate and destroy a cab of a tractor

Yesterday, at 7:57 pm on 08 June 2020, the local military police force in the Oral district was led by Lieutenant Colonel Som Puth Dara. The district commander patrolled a search of one container of bamboo and three pieces of lumber, which dealers had hidden inside Forest near the foot of the western hill, Kraviek village, Trapeang Jor commune, Aral district.