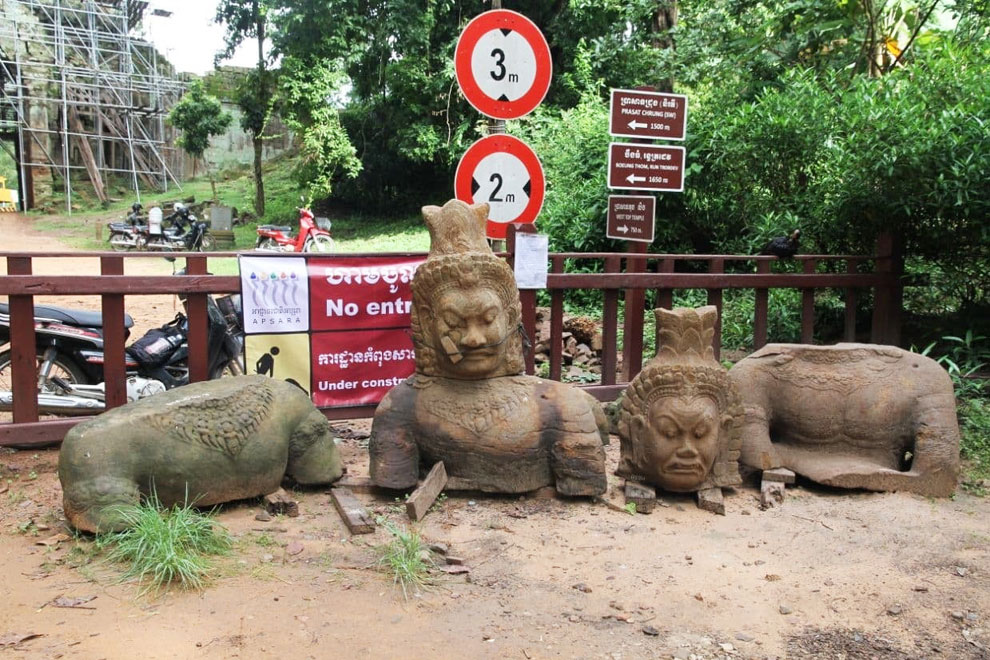 
Siem Reap: Stone statues with three giant heads and three halves of the body, four asuras and three deities were excavated Of the Apsara Authority found while excavating the Takeo Gate, located to the west of the Bayon temple.

He said officials found three giant heads in good condition, while the other three were only half full.

In addition, there are four asura bodies and three deities were found. Two of them are full and the other is only halfway up the shoulder to the lip.

He added that the Takeo gate, located to the west of the Bayon temple, was inaugurated on February 21, 2021.

Mr. Sothin said: “We are repairing this gate to facilitate tourists to enter and exit the Angkor Thom area. "The discovery of this ancient image is a good consequence for our country."

He confirmed that the team repaired and excavated only about 10 meters of land and the artifacts are Under the tree roots.