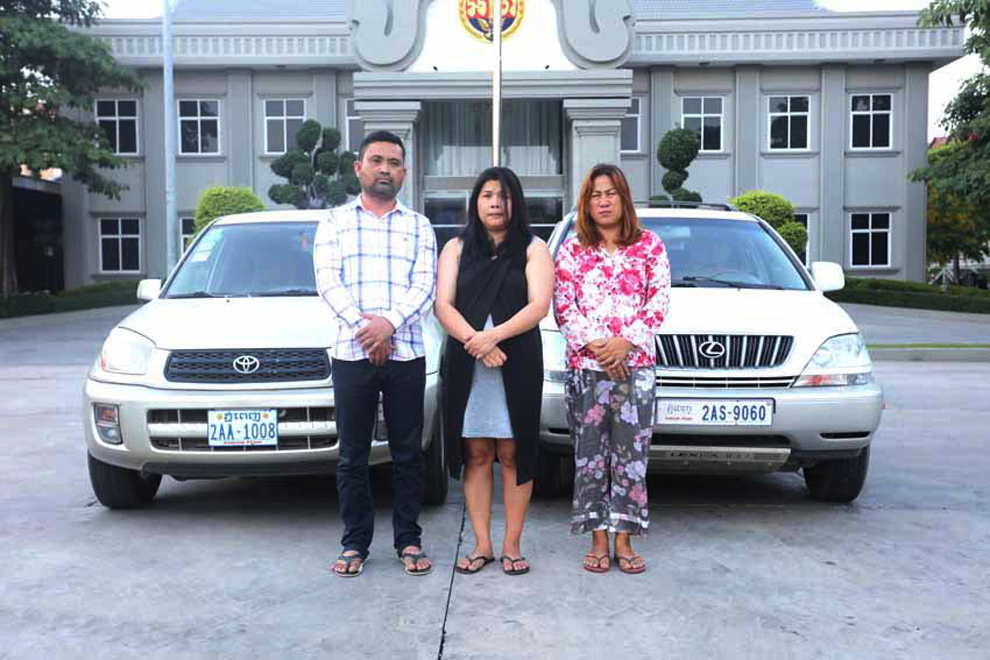 
Phnom Penh: Phnom Penh Municipal Court Sentences Woman to 29 Years in 13 Car Loan Frauds 42 units. The Court of Appeal yesterday also brought a case to trial after the accused objected to the crime committed at During 2018.

The accused woman told the judge that the car she rented from him was two Lexus RX300s in one car she rented. From the original owner, $ 500 per month, and did not make a lease. After he rented, he rented the car to someone else for $ 600. One month, but the second cheated him.

The accused woman continued that she accepted the charges of the Phnom Penh Municipal Court and she has a total of 13 charges. As for the two Lexus cars that the plaintiff accused of fraud, it is not true that he actually rented the car. But the sub-tenant took the car away.

"I am appealing to the Court of Appeal now, just asking the court to reduce my sentence because of the 13 charges," she told the judge. I agree to accept the final verdict as soon as possible so that I can absorb all 13 cases together.

Following the trial, Judge Sin Visal, President of the Trial Chamber, stated that the verdict in the case would be announced on February 8.

According to the facts, the accused woman and two other accomplices (male and female) were arrested by the military police and taken to the Phnom Penh Municipal Court. Phnom Penh detained them on April 18, 2018.

Police found 16 victims who were rented by Lexus and Camry and taken as collateral. Continued 34 units.

On the day of the arrest, the accused women told the police that they had rented 42 cars. As for their place of mortgage, it is around the Independence Monument, Central Market, at Building 12, Parkway Building and elsewhere in Phnom Penh.