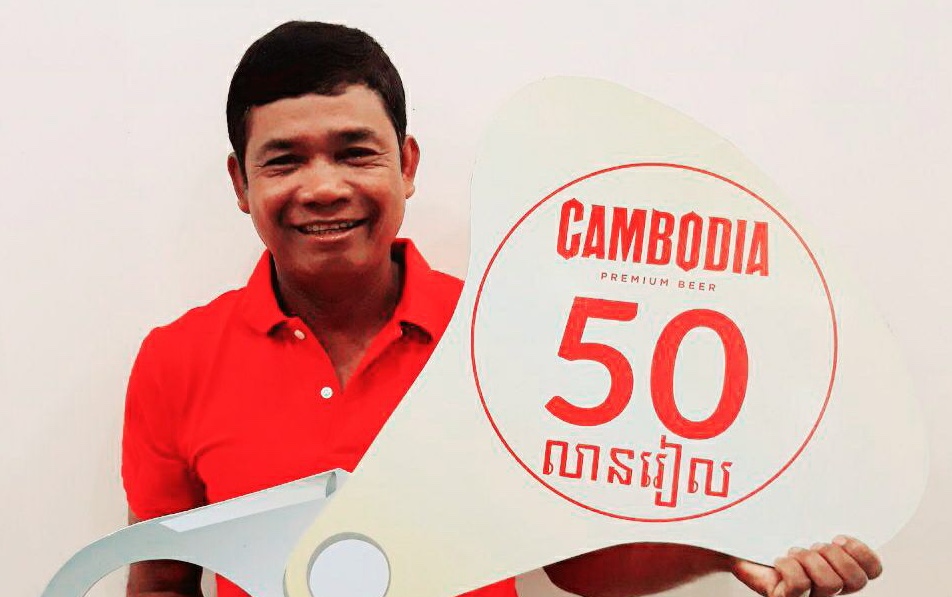 "Today he has great compassion for his youngest son. Every day he works hard, whether it's hot or cold. The school is about 10 kilometers away from home, but the child struggles to ride his bike to school every day. So what I would like to do first with this 50 million riel is to buy a motorbike for him to relieve some of his fatigue. ”

It is difficult to save money on something worth thousands of dollars or more. This is the true story of Mr. Iv Thet, the winner of the Cambodian Beer Bottle with 50 Million Riels.

“The rest of the money will be spent on renovating the house, the roof and the pillars a little bit stronger now because the house is living today, it's about 30 years old. ».

He said the prize was unfortunate for him, as the 50 million riel was too much for him.