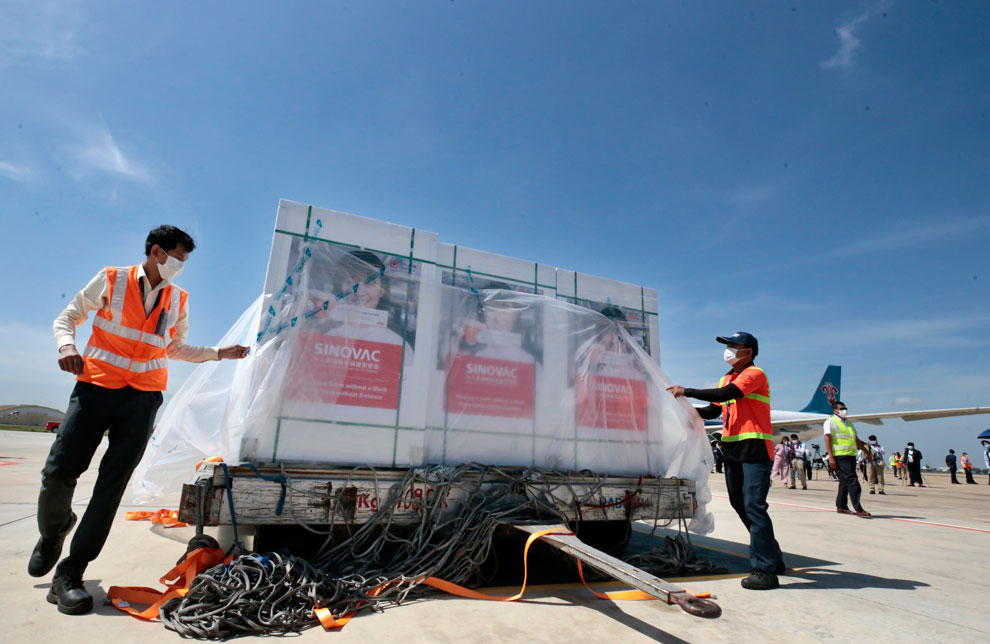 
Phnom Penh: Sinovak vaccine, ordered by the Royal Government of Cambodia, an additional 1 million doses from China, has arrived in Cambodia. And this morning, June 28.

For this June, 5 million doses of 19 Kovid vaccines were delivered to Cambodia for free injection to Cambodians. Charge.

At the same time, Ms. O Vandin, spokesperson for the Ministry of Health and chair of the Commission for the Kovid vaccination 19 in the country 19) Rejected rumors that there had been a rally to vaccinate Kovid 19 for a fee.

She stated: "C. វ. A. 19 Please reaffirm that under the highest consideration and attention of Prime Minister Hun Sen, the 19 Kovid vaccination is provided by Free for individuals aged 18 and over and in priority groups set by the Royal Government.

As of June 27, Cambodia has vaccinated nearly 4 million people nationwide, or 39.55% of the population. Population compared to 10 million. An additional 9 million doses of the vaccine will arrive in Cambodia in July and August 2021.