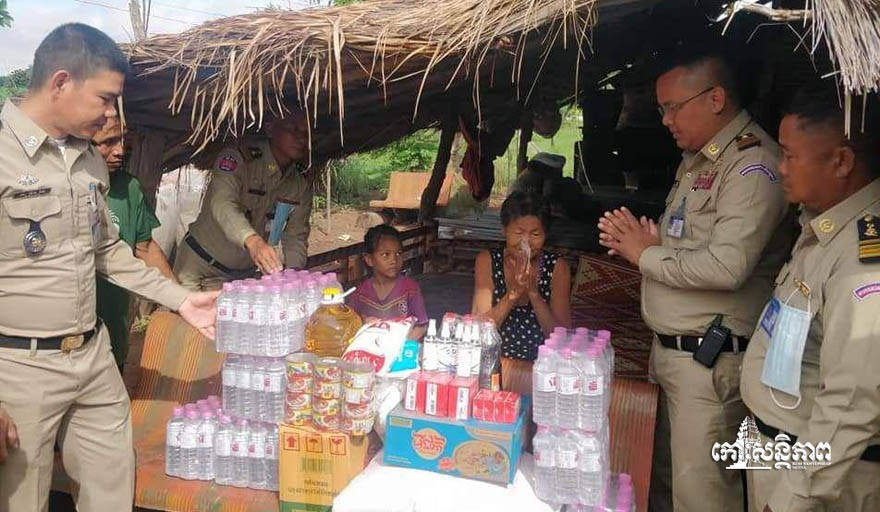 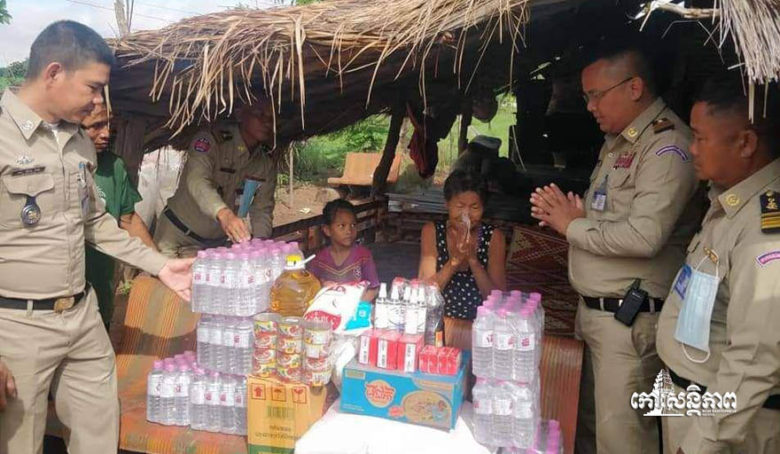 Colonel Sao Saroeun, Thmar Puok District Police Inspector, said that following the instructions of Major General Ath Cam, the Police Commissioner Banteay Meanchey province to all police forces, in addition to fulfilling the duty of protecting security and order for the people. The police force must also be involved in humanitarian and social work. Apparently, by looking at 73-year-old Chep Yim in Preah Chhor village, Kork Kathin commune, Thmor Puok district, who is currently facing extreme poverty. Living with 2 grandchildren for food, depending on the neighbors to provide food and water.

Grandmother has two children, they went to work in Thailand but never sent money to her and her children That. Only on July 13, 2020, he also led his subordinates to bring food and money to distribute to him. Grandma Jep Yim at her own house.


Inspector Colonel Sao Saroeun confirmed that the gifts distributed to Ms. Chep Yim include: 50 kg, 10 sticks of pure water, 5 liters of cooking oil, 1 kg of bean curd, 1 kg of sugar, 5 kg of salt 1 kg, 1 pack of soy sauce, 1 box of fish sauce, 1 box of noodles, 60 small bars of hand soap, hand gel 10 bottles and a budget of 110,000 riels. At the same time, he also distributed hand soap and gel water to the villagers so that they can use hygiene to participate in prevention. Kovid is also infected. By: Nop Reaksa