American women astronauts return to Earth after a long mission 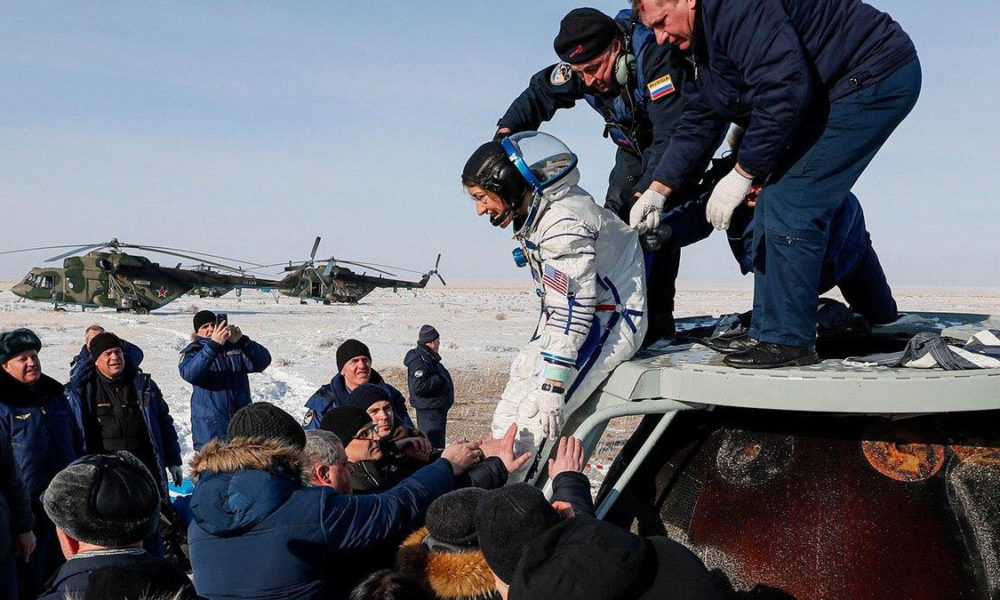 American women astronauts return to Earth after a long mission

Koch landed at 9:12 pm Kazakh time after spending 328 days in space with Luca Parmitano from the European Space Agency and Alexander Skvortsov from the Russian space agency.

The astronaut showed off the chair with a smile after taking off from the Soyuz spacecraft, which was posted in a Roscosmos video from the landing site. Translated by: Mao Bopha January