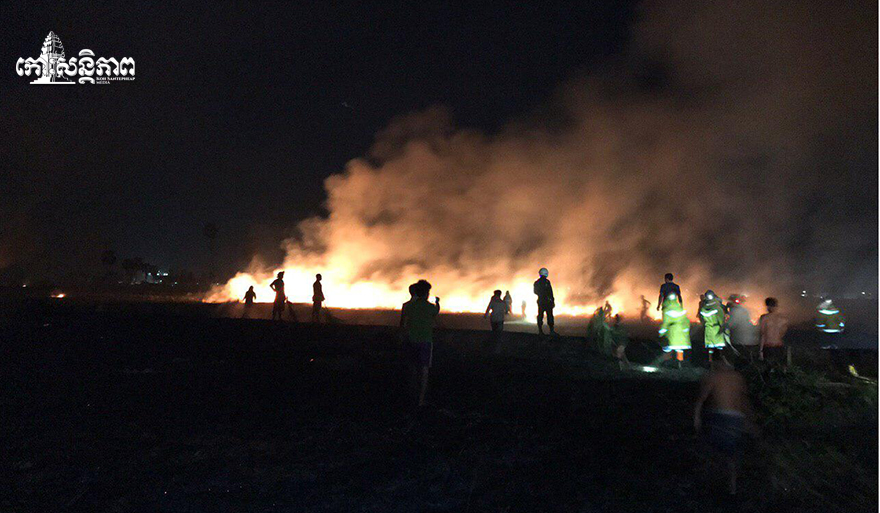 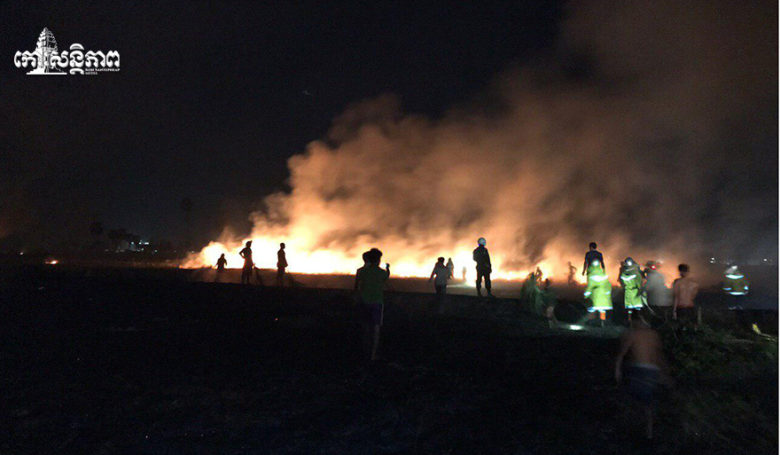 According to preliminary reports, a total of nearly 5 hectares of land has been completely set on fire. To the surprise of the people, the authorities filed a complaint calling the fire truck at 10 pm on February 16, 2020 at the ground. One is in the village of Kanteng Cheung, Sangkat Kant District.

According to people at the scene, before the incident, a fire broke out in the plot of land. Suspected burglar on fire. The site is surrounded by fences and outside the fence are many houses, people and factories.

According to authorities at the scene, the fire, although inside the fence, was afraid of the flames. The fire spread to the homes of the people and the factory, so authorities immediately called the fire truck to help fire. A fire truck from the Kambol district came to assist with the fire and a vehicle from the Phnom Penh Municipal Police. Two fire extinguishers in a total of three cars were not burned to the ground. (Edited by: Bopha)