After Cambodia announces its openness to exercise with the United States, Secretary of State calls on Samdech Techo 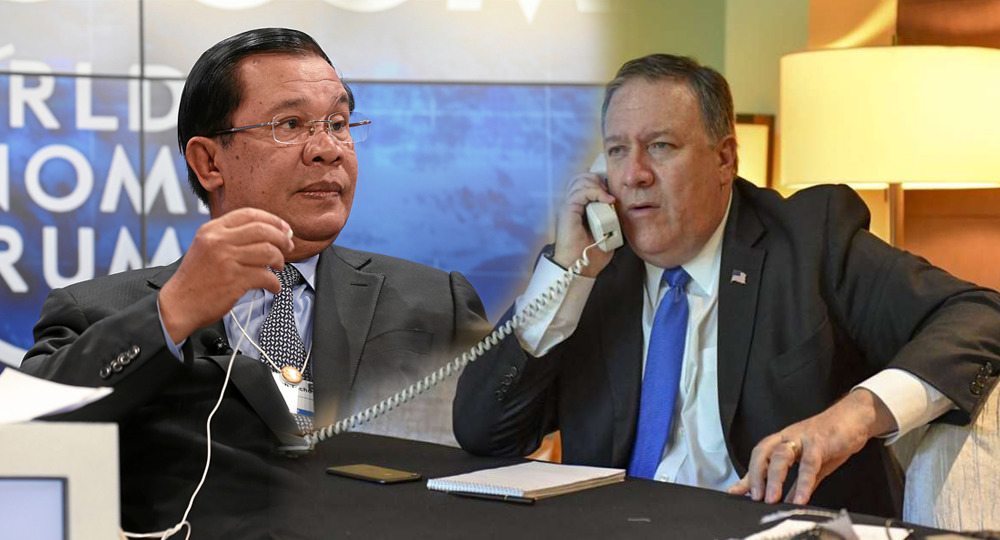 After Cambodia announces its openness to exercise with the United States, Secretary of State calls on Samdech Techo

Phnom Penh: After Samdech Techo Hun Sen announced welcoming military exercises with the United States in Cambodia, US Secretary of State Mike Pompeo called on the prince to congratulate on the bilateral cooperation as well as ASEAN in particular. Also issues with the Kov 19.

At 8 am on April 8, 2020, the Prime Minister received a telephone call with Foreign Minister Mike Pompeo. United States.

During the dialogue, Samdech Techo and Pompeo expressed their appreciation for helping each other during the difficult times of the global spread of COVID-19, with Pompeo thanking Cambodia for saving travelers. On the Westerdam cruise, he thanked the US for the help and cooperation of the US Centers for Disease Control and Prevention. $ 2 million to support the anti-epidemic.

With the assertion that the United States will continue to support the efforts for the health, safety and safety of the Cambodian people, Pompeo welcomed the Royal Government of Cambodia's statement on sovereignty, supporting all forms of ASEAN security cooperation. The importance of freedom of expression, even if the opinion is different.

Regarding the ASEAN-US framework, the Prime Minister stressed the important role of the US in the region and its appreciation for the contribution and importance of the United States in reducing the gap between the Lower Mekong countries and other ASEAN members.

Samdech Techo also thanked the contribution that American Peace Corps Volunteers have made to Cambodian society, which is also promoting good people-to-people relations.

Samdech and Pompeo shared their condolences to the families of the victims in America and Asia as a result of COVID-19. He also conveyed his support to President Trump in his efforts to fight COVID-19. Pompeo also thanked him for inviting him to visit Cambodia at a convenient time.