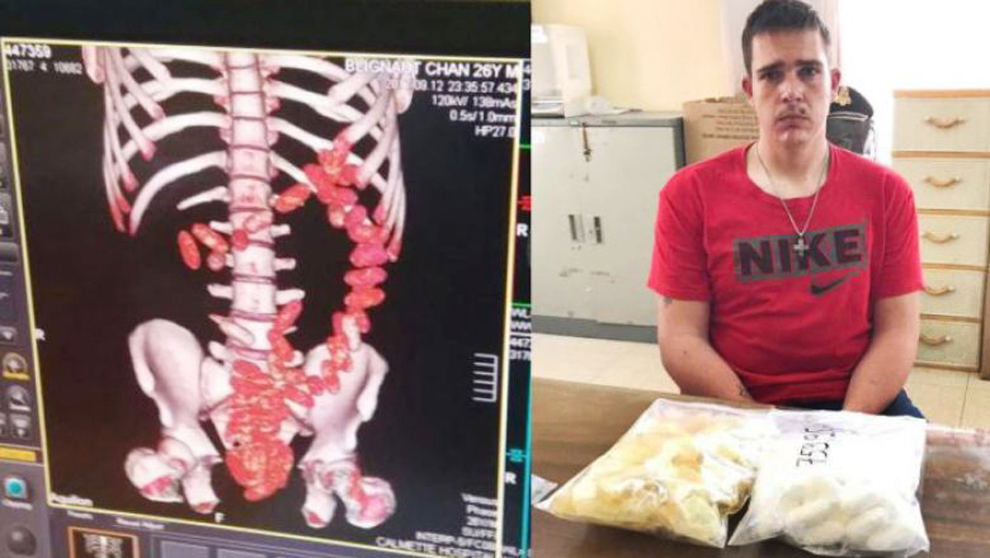 
Phnom Penh: An appeals court yesterday tried a South African man involved in trafficking more than half a kilogram of cocaine, which he swallowed. Belly imported from Brazil and arrested by authorities at Phnom Penh International Airport in September 2017, the accused was tried by the Phnom Penh Municipal Court Sentenced to life.

In front of three judges in the Court of Appeal yesterday, Blig NAUT CHAN, 27, told the judge: The interpreter said he hired a man named Austin of the same race to give him about 50 cocaine powder into his stomach. Nuts (drug powder stuffed in medicine capsules). It took him an hour and a half to swallow the pills. He was paid $ 3,000 for smuggling drugs.

After swallowing drugs, he left Brazil for Cambodia via Dubai, but customs No drugs were found in his stomach at Dubai Airport.

On the night of September 12, 2017, he arrived at Phnom Penh International Airport. Everything was arranged by Austin, and Austin told him that when he arrived in Cambodia, he had to Stayed in a hotel (can't remember name) and Austin will guide a Thai woman to get drugs The cocaine continues to flow back into Thailand. But this project failed because the authorities caught him.

"Initially, the joint police in Phnom Penh checked my suitcase and found no drugs," said CHAN. "But maybe they were suspicious and called me for a scan in my stomach and found drugs."

"I knew in advance that I was taking drugs illegally in Brazil," he said. But I have no money, so I am willing to hire them. "I ask the court to reduce my sentence."

Mr. Lim Sokuntha, Deputy Prosecutor General, concluded that the accused was detained by the Phnom Penh International Airport with nearly 760 pieces of cocaine powder. G. In the Law on Drug Control, although it does not mention the concealment of drugs in the abdomen, but the activities of the accused From drug trafficking. The drug law stipulates that drugs weighing 70 grams or more are punishable by 20 to 30 years in prison. Or life imprisonment.

Nou Chantha, the defendant's lawyer, concluded that his client had always confessed. Following the trial, Judge Chan Madina, President of the Trial Chamber, closed the hearing by saying that the verdict would be announced on 3 November.