Academy President: Cambodia should model and learn more from China is good 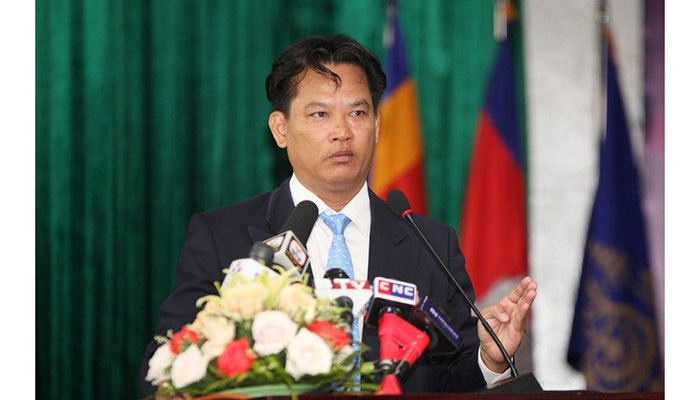 Academy President: Cambodia should model and learn more from China is good

Dr. Sok Touch, President of the Royal Academy of Cambodia, said that Cambodia should follow the example of China and learn from China is good because China is a country with great economic potential. Much development in Cambodia in the last days.

In a roundtable discussion on geopolitical confrontation between China and the United States on May 29, 2020, Mr. Sok Touch told the people not to worry about China's presence in Cambodia because China is one of the countries where Developed Cambodia quickly in recent years, while some countries do not like China.

"The economy has to play a very important role in Cambodia. Nowadays, the economy is gone and Kompong Som, I don't know when China will return," he said. And Cambodia has to learn from them, we think if China likes cabbage, mustard mustard, and if Cambodian cabbage has Chinese and Chinese imports tell China not to import. Cambodia has to be ready for that, so don't get angry with them, let them learn from them. ”

He says that one country to influence another is not only to speak, but also to express its power. At the same time, he stressed that a strong economy is a knowledge-based economy, not an economy dependent on natural resources.

In addition, the President of the Royal Academy of Cambodia stated that in the past, if Cambodia were to be politically correct, Cambodia was the first developed country in the region.

He added, "If Cambodia plays politics, not Thailand, Cambodia is the first developed country in history. Even Lee Kuan Yew in 1965, 67 came to Cambodia, saying that imitating Cambodia because the Olympic Stadium in Cambodia was ahead of Thailand." Before Asean, Khmer had all the wine, no shoes, no shoes, no shoes, no cigarettes, parrots, foam, foam, all right now, so Khmer became a country, not a producer. By: Tylott