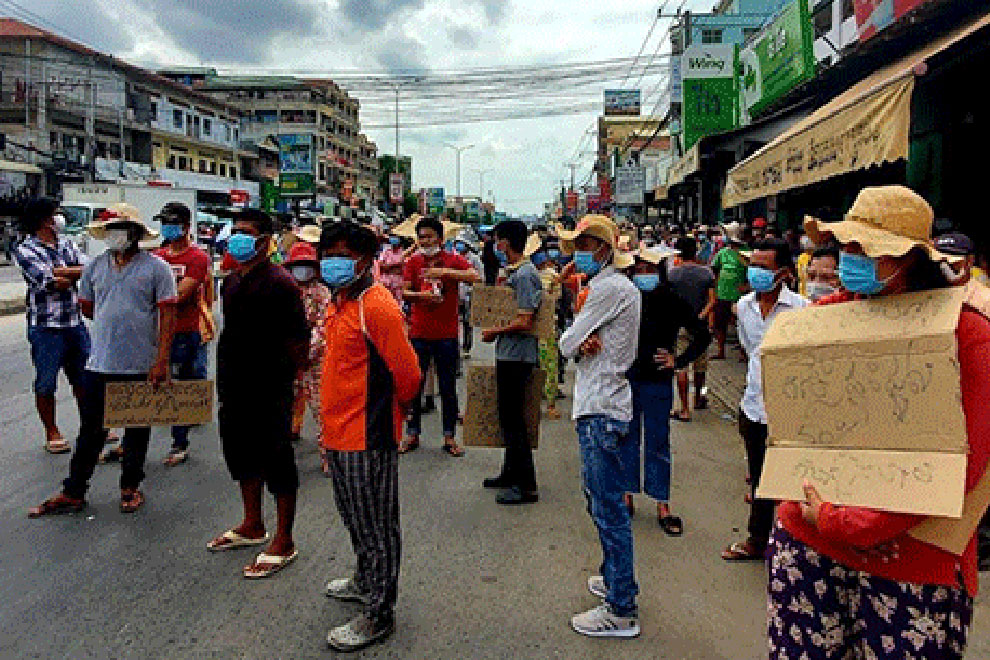 
Phnom Penh: About 200 workers gathered on May 10 on Veng Sreng Street in Damnak Thom 2 Village, Sangkat Stung Meanchey 3, Khan Meanchey to demand Phnom Penh authorities help find a solution with the landlord to ask for a 50% discount on rent.

Ath Thorn, president of the Coalition of Cambodian Garment Workers' Democratic Union, told the Post on May 10, 2021 that the demand for a solution was due to their Struggling with unpaid wages during the 19 epidemic of Kovid.

Mr. Thorn said that the demand came after Prime Minister Hun Sen called on all landlords to offer discounts to tenants. Which suffered greatly.

Ath Thorn claims that more than 90 percent of landlords continue to pay full rents as before the Kovid outbreak 19 Despite appeals from the Prime Minister, some landlords only give tenants a chance to get into debt. In addition, some landlords evict tenants without paying regular rent on time.

"I think what he did clearly showed the difficulty," said Thorn. So, there are only two things, the first thing is that the landlord should help each other with a 50% discount and the second can delay the payment. Go.

Mr. Nuon Pharath, Deputy Governor of Phnom Penh, said that this issue may facilitate the request for a rent reduction of $ 20, the landlord only rent Only one month, while the daily water consumption is free of charge for 3 months, but for electricity consumption is normal .

Mr. Nuon Pharath also called on all workers to be patient in this difficult time because the Phnom Penh authorities have been working to prevent Stop the spread of Kovid 19 again.

On May 8, Prime Minister Hun Sen continued to appeal and request all landlords, both EDC and Water Supply Authority, to suspend the fee. Temporary rent from workers living in the red zone or closed area, in which case all landlord owners should understand the difficulties of workers Workers at a time when everyone is struggling. In the past, some landlords have decided not to take the wages of workers for a while or reduce the price and some The other is for long-term use. However, there are still some landlords who lack the understanding to create problems.

"Of course, I know that the landlord is borrowing money from the bank to build those houses, you have the same difficulties," he said. One is the debtor and the other is the creditor. "But hopefully all landlords will be able to understand the common difficulties."