A truck overturned in a sidewalk suspected to be drowsy 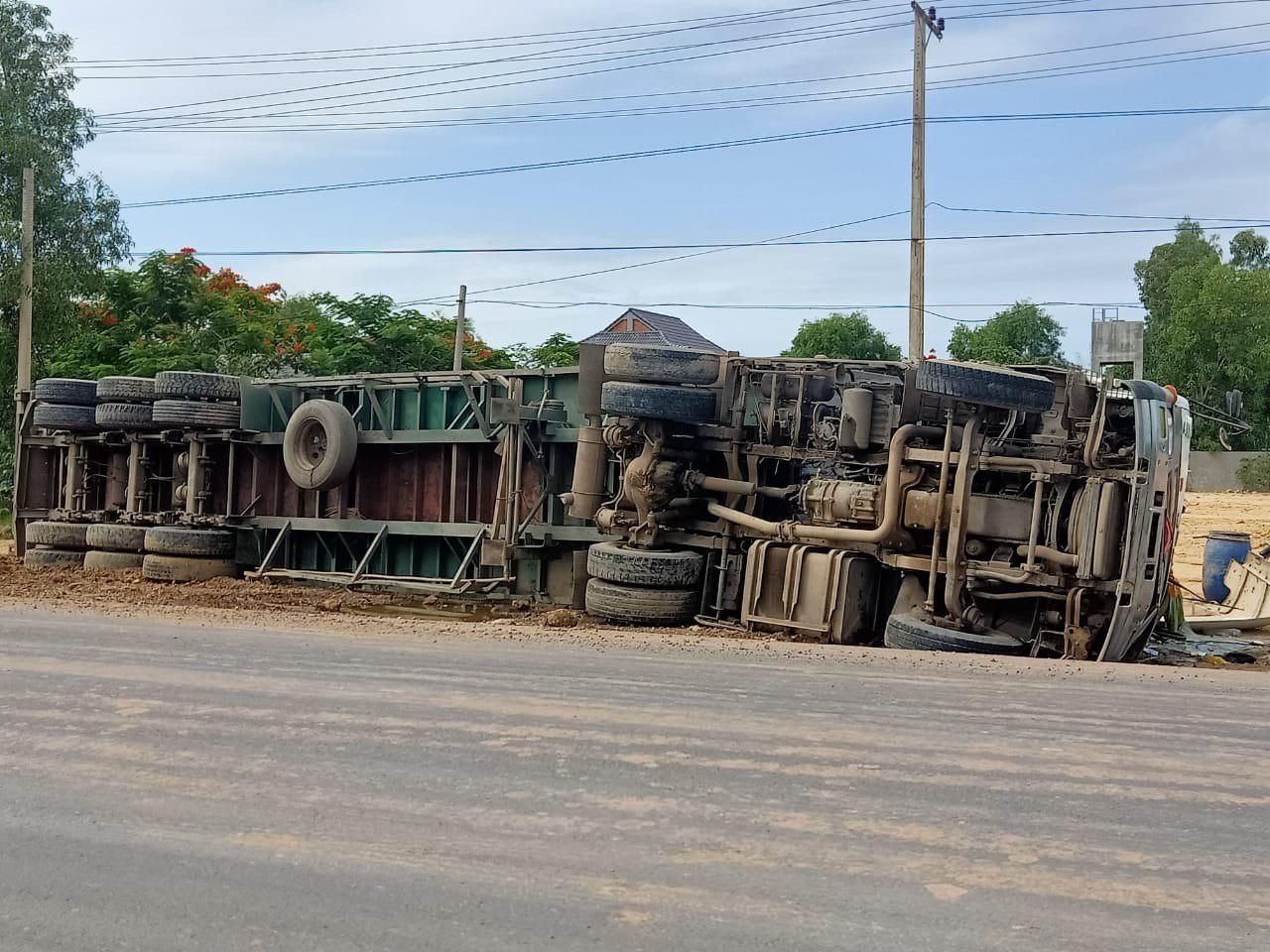 A truck overturned in a sidewalk suspected to be drowsy


Svay Rieng Province: A container truck overturned on a sidewalk The driver of the truck was suspected to have fallen off the side of the road when the accident occurred around 4am June 2020 on National Road 1 in Chrey Thom Village, Sangkat Prey Angkunh, Bavet City, Svay Rieng Province.

At around 4 am, a car driven by an unidentified man overturned on the road, authorities said. The slumbering car of Taipei turns from the left to the west, turning left
When it reached the top, it overturned 30 meters in front of the car but luckily there were no people on the road.


After the crash, the driver of the car fled from the scene of the crash, and the driver removed the license plate. Also missing out.
The car was called by the truck company to repair it because it did not endanger people or property No 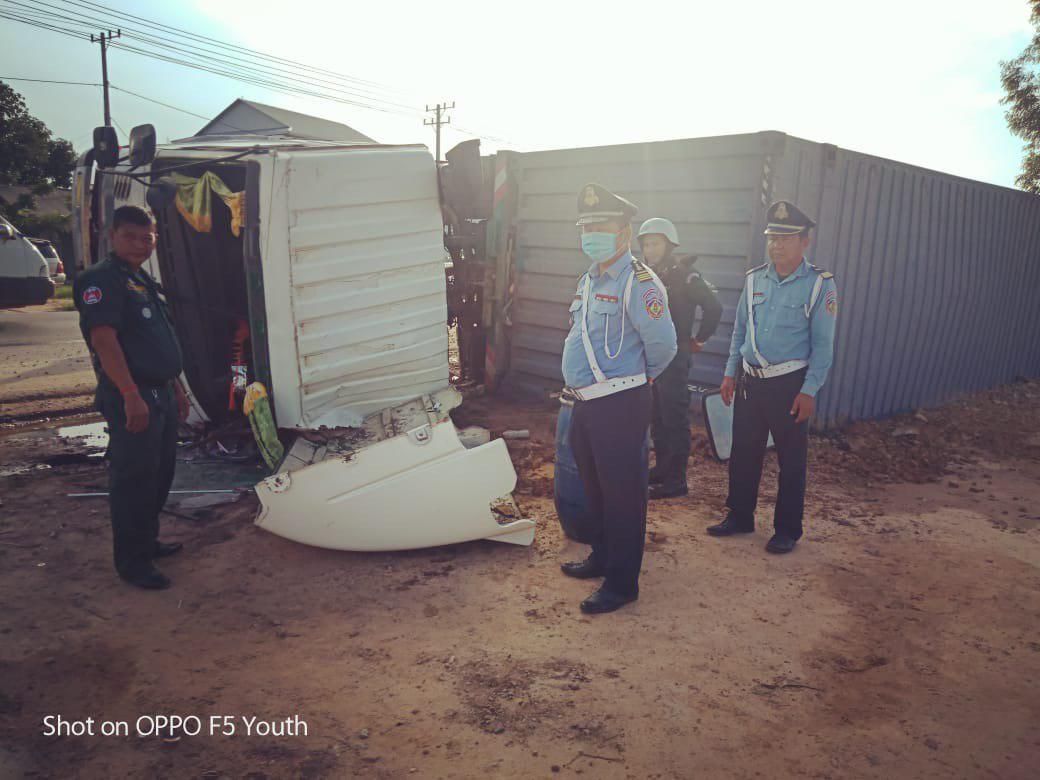 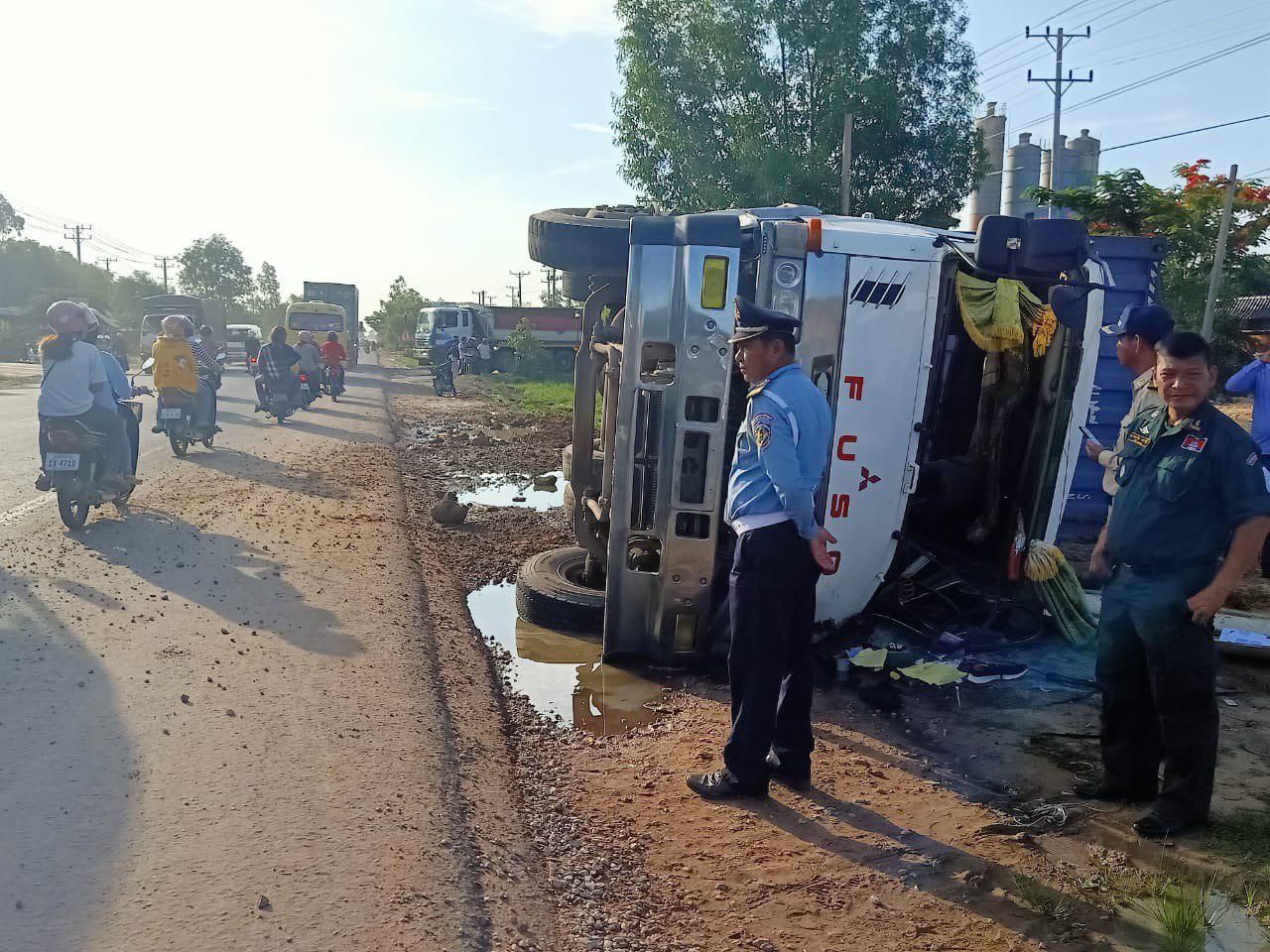 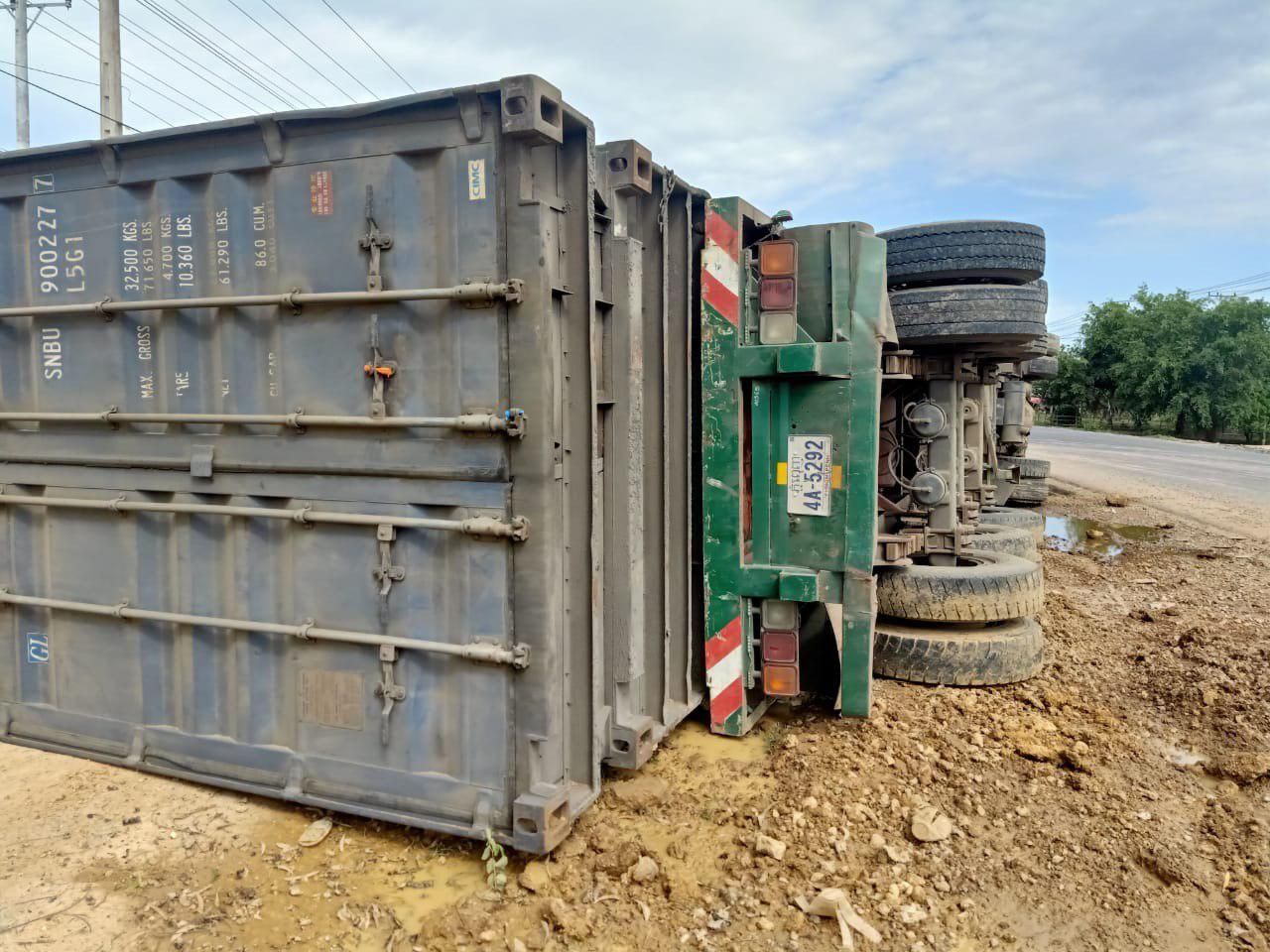