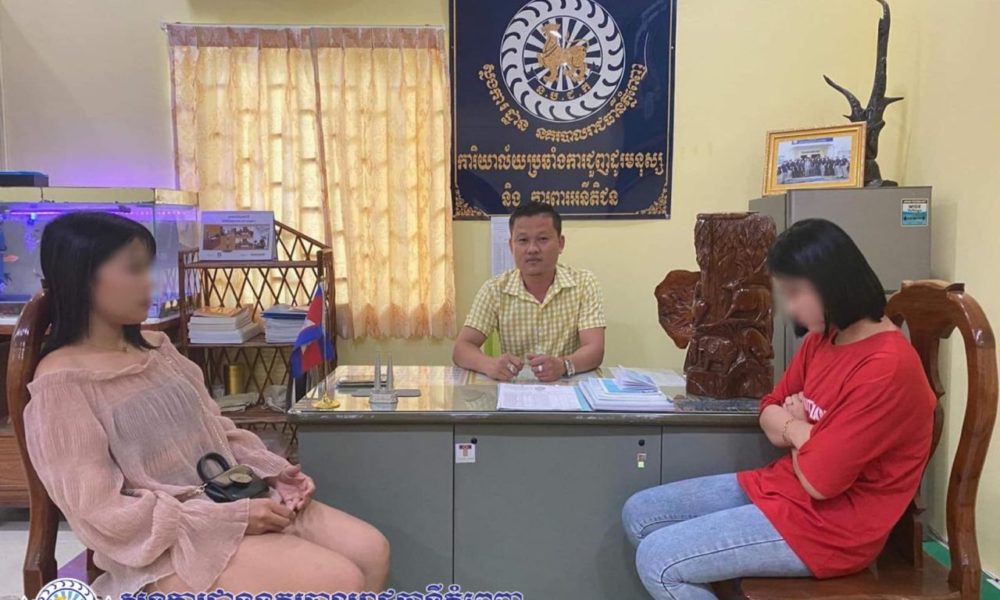 Phnom Penh: The Office of the Anti-Human Trafficking and Juvenile Protection Bureau on February 6 has arrested and arrested a suspect for having sex with young girls in a guesthouse and hotel.

According to the Phnom Penh Police Chief's Facebook page, the operation was conducted with the guidance of Lt. Gen. Seth, Deputy Commissioner and Deputy Commissioner of Police of Phnom Penh on February 6, 2020. Minority Protection and Protection Submitted an Authorization for Immigration Order No. 010 GV, dated 5 February Seng Heang, the deputy prosecutor of the Phnom Penh Municipal Court in 2020, detained one suspect and six victims, two women (two minors), in a case of rape (bringing young women to have sex with guests) At guesthouses and hotels) at two different destinations: