A private security man was shot dead by unknown persons 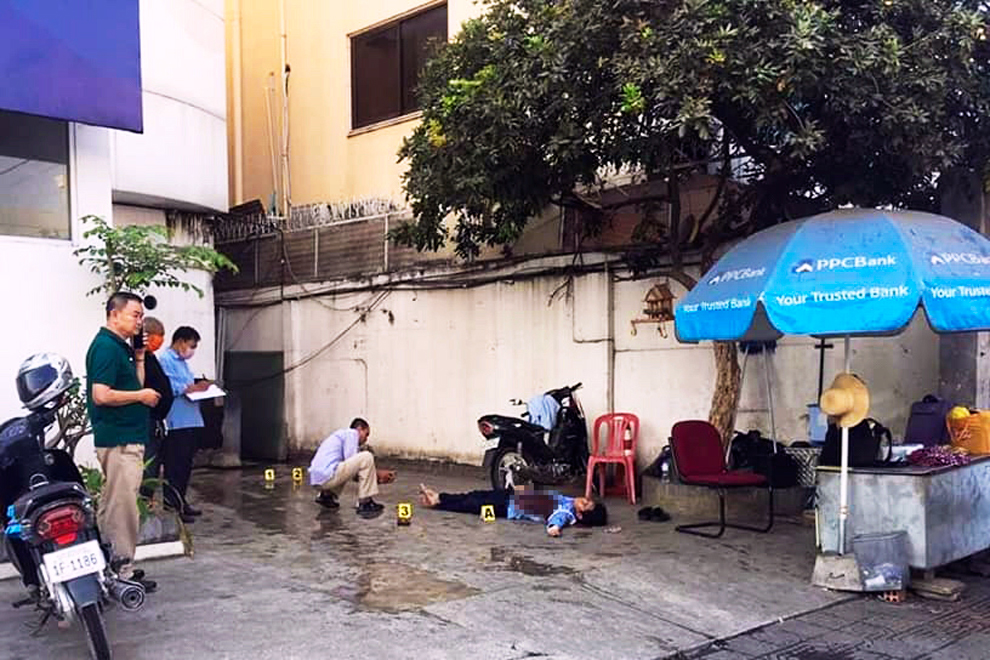 A private security man was shot dead by unknown persons

Song Ly Chamroeun, 37, was the victim of the crime. Private security guard at Security Company (CSC) was stabbed to death by multiple assailants The scene.

"However, the competent authorities are investigating this," Li said. The authorities will search for the perpetrator, ”he said.

Li claimed that when he arrived at the scene to check on the victim's body, the victim had a scar Stabbed with a crocodile mark and victim fell asleep in private security uniform on bloodied floor Body. Around the body, near the crime scene, were found a knife.

Chheng Leang, deputy chief of the Tuol Svay Prey II police station, said the victim was stabbed to death at around 6 am On March 19, the victim's shirt had a sign labeled Security (CSC) indicating that the victim was working for a security company Private.

Leang said that the victims were guarded at Phnom Penh Commercial Bank, # 78 Monireth Street, Group 39, Village 9, Tuol Svay Prey II, Boeung Keng Kang, Phnom Penh. He was stabbed to death in front of the bank. After the incident, the technical police of Phnom Penh Police Department transported the body by ambulance to Wat Chhnang pagoda called Stung Meanchey To perform an autopsy.

"For the suspect's actions, the police will conduct additional security camera checks," he said. The victim was stabbed with three knives, two chest wounds, said Nong Sovannroth, a medical specialist at the Ministry of Health's autopsy. One and one abdomen ៕