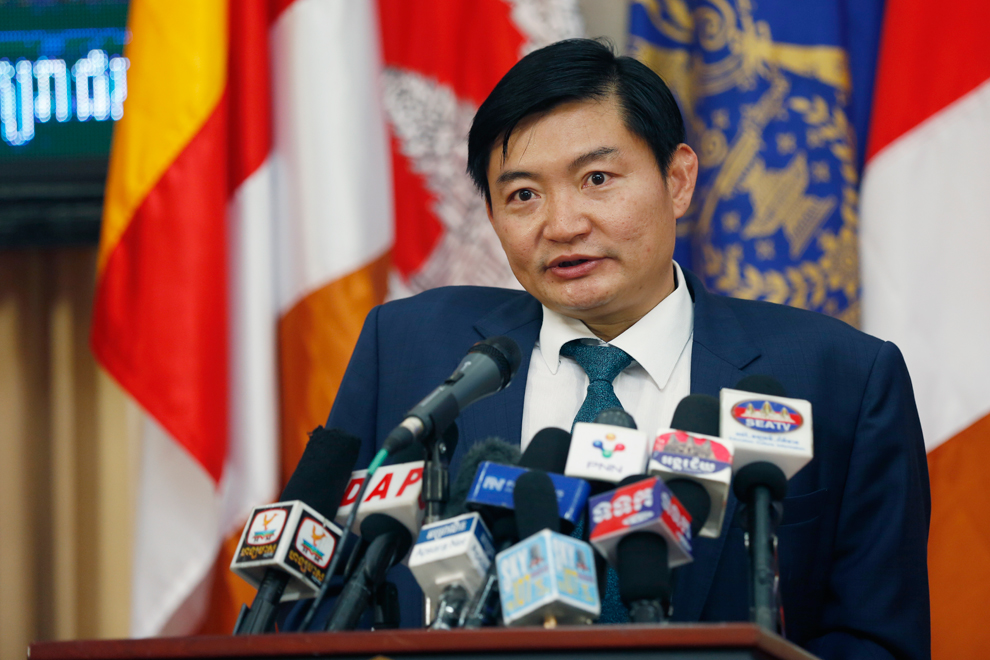 The Inter-Ministerial Prakas on the Establishment of an Inter-Ministerial Inspection Working Group in the Tourism Industry The Ministry of Labor, the Ministry of Environment and the Minister of Tourism have confirmed that the inter-ministerial task force will be targeted Also conduct joint inspections at the same time to monitor the performance of enterprises, establishments, regulations and norms related to employment, industry, tourism and Environmental sector.

The two inter-ministerial decrees have the same content: “Employers of enterprises, establishments under the applicable law "They must implement the requirements and working conditions set by the law and make it easier for inter-ministerial inspectors to conduct inspections."

Heng Sour, spokesman for the Ministry of Labor, told the Post yesterday that the interim announcement was a follow-up to the forum's results. The 18th Government of Private Sector on March 29, 2019, at the forum, Prime Minister Hun Sen launches the package A number of sharp reform measures 15 points to facilitate doing business, improve competitiveness and promote economic diversification.

“The inter-ministerial inspection team will facilitate the private sector, as inspectors from each ministry will go down together,” he said. "We will look at each other and what we have to look for, which will save the private sector time."

Nath Pheaktra, spokesman for the Ministry of Environment, told the Post yesterday that the integration of each ministry's internal unit into an international inspection team The same institution is another in-depth reform of relevant ministries of the Royal Government to enhance efficiency, transparency and accountability.

He added that from April 2020, when a simple inspection of any enterprise in a year, the three ministry officials will Let's work together.

He added: "This integration will reduce the time of enterprises, establishments and inspectors who have previously been inspected. There are different inspections that are sometimes subject to similar inspection. ”

Vann Nay, owner of a bottled water bottle on National Road 3, told the Post yesterday At the same time, this is a good thing for the enterprise.

Doing so will save you time, especially money, because each year there are officials from various institutions Different came down to the inspection.

“I'm just a small craft, but I come down very often, coming in different at the same time. The Ministry of Interior also visited our site. When we come down, we sometimes pay for him, what money to give him, because he comes 4 to 5 people, but if Coming together, it's so easy, we just spend it all. ”