A monk owns a press that spread false information about the dead at Khemara Hotel 1, Battambang 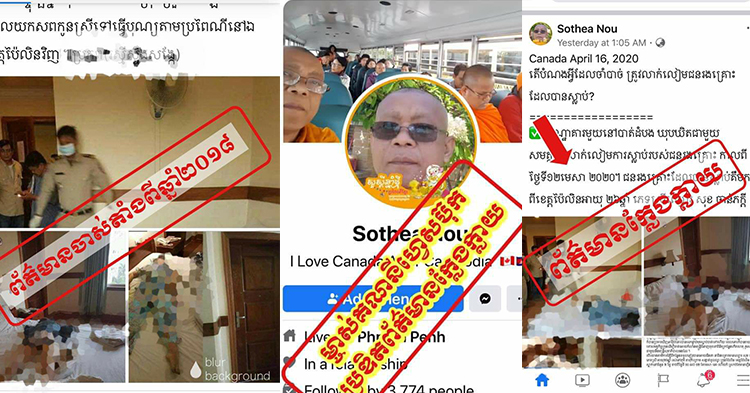 A monk owns a press that spread false information about the dead at Khemara Hotel 1, Battambang


Battambang: After media reports sayThere have been deaths in Khemara Hotel, Battambang
Battambang Provincial Police has revealed the account's owner, a monk, to spread false information. 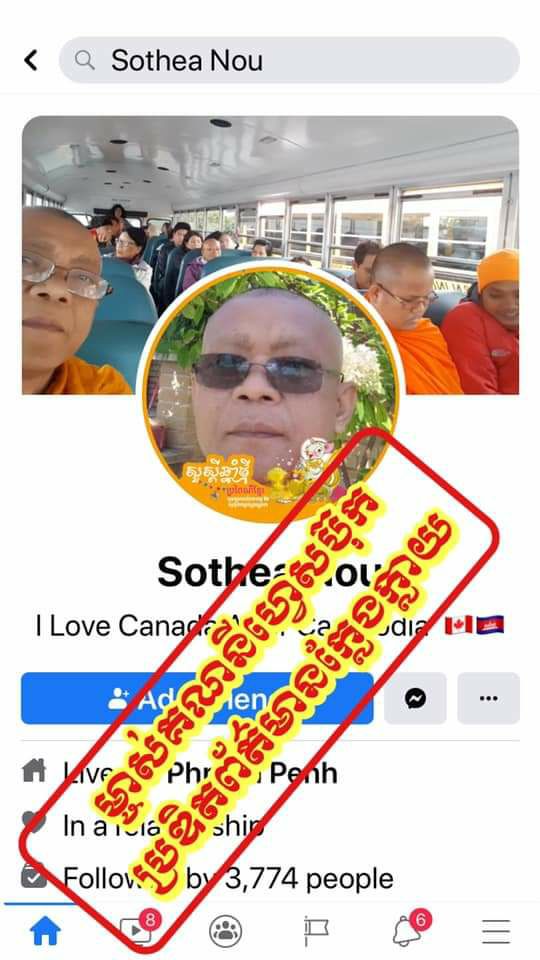 Police in Battambang said there were no new cases of death at the Khemara Battambang 1 Hotel as of social media.

Such false advertising is being used by some social media users who have not fully considered sharing it before. Distribute and disseminate in every way, even leading to (social pollution).

To avoid confusion by the above case, our team would completely reject the information (at Khemara Hotel, Battambang) 1 There have been cases of people dying for the second time in recent days. Also, please be informed that on April 11, 2018, there was a case of a woman lying there dead and the case at that time. It is not relevant in any criminal case, as it is (old) information and has been restored to the network. The society, as of the date above, has a number of mediums, including the Press B unit He also took the case back to publicity, without looking at the exact date it even happened More news.

So far, he has noticed a number of media outlets that are misrepresenting the fact that he has published a revision and after receiving the news Authentic from the Chief of Police of Battambang Provincial Police.

As mentioned above, please all public, especially social network users, be aware and continue to cooperate in the eradication of false information. Thanks to anxiety and chaos in our society. Thanks. By: Kolab 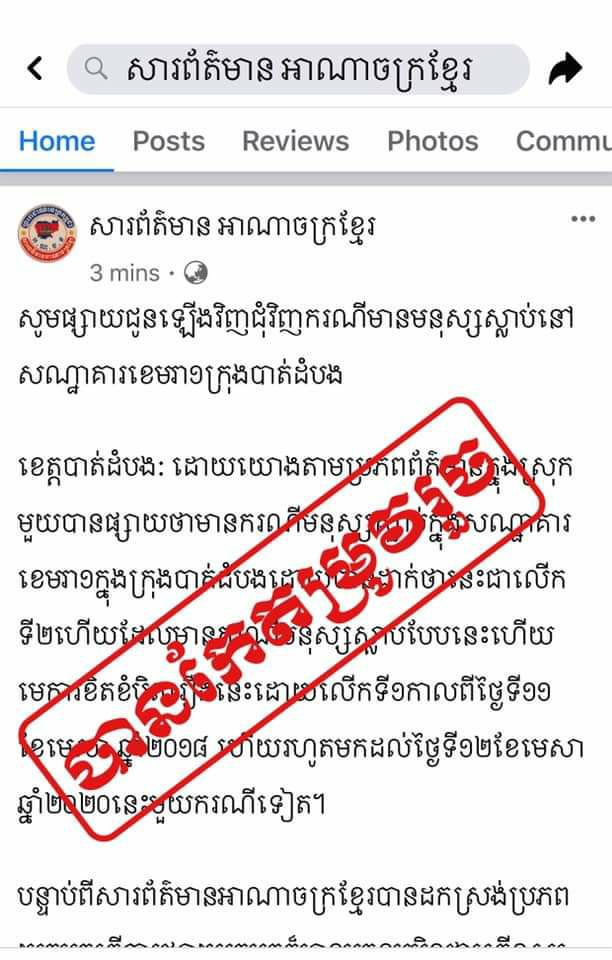 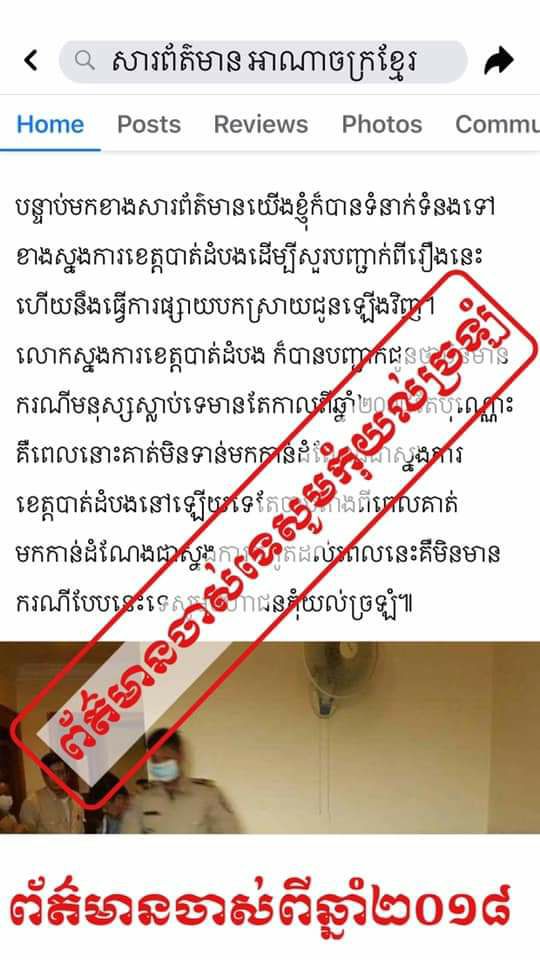 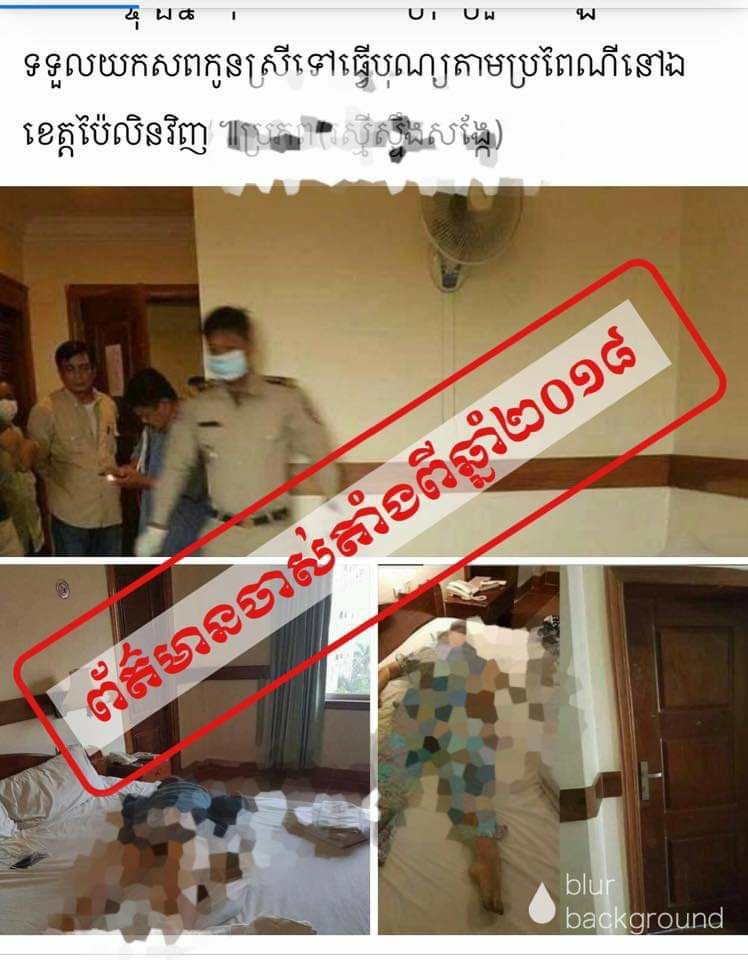 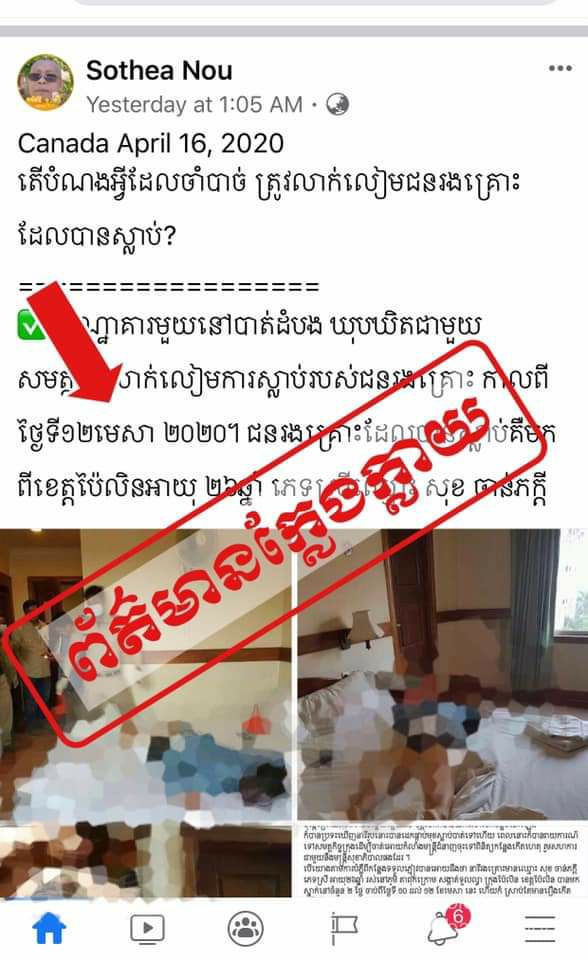 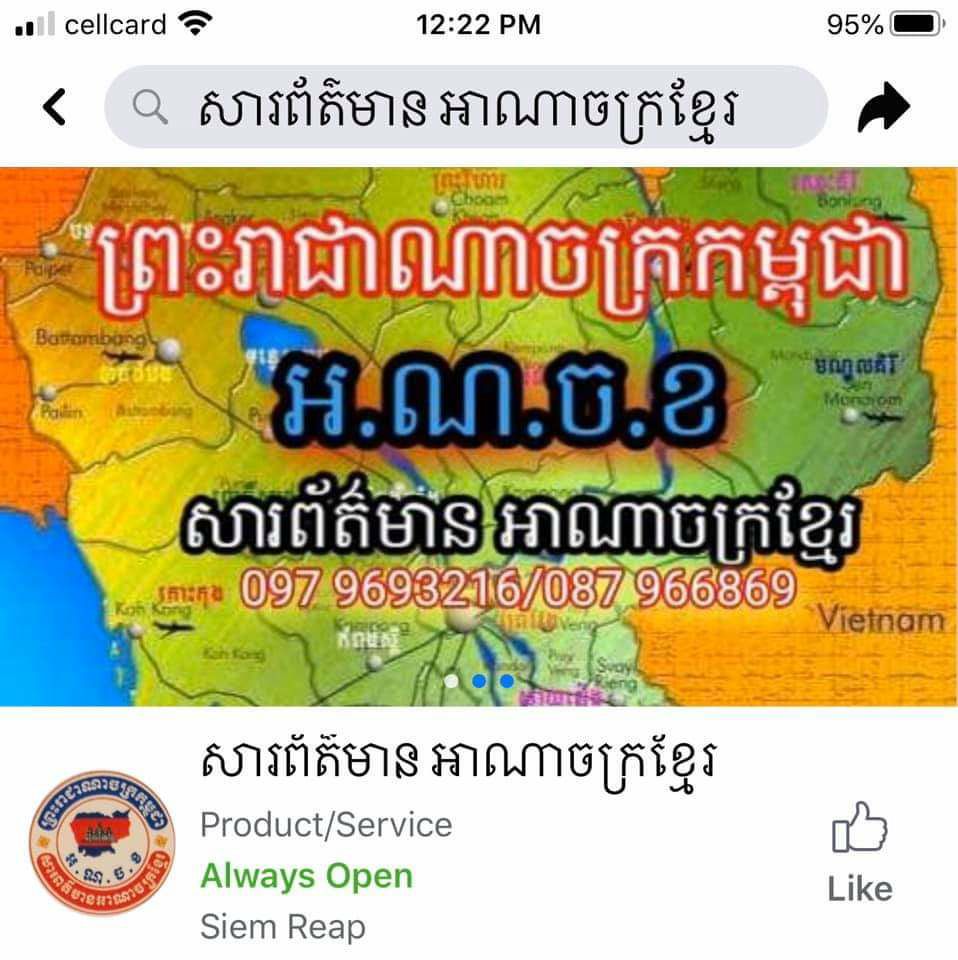 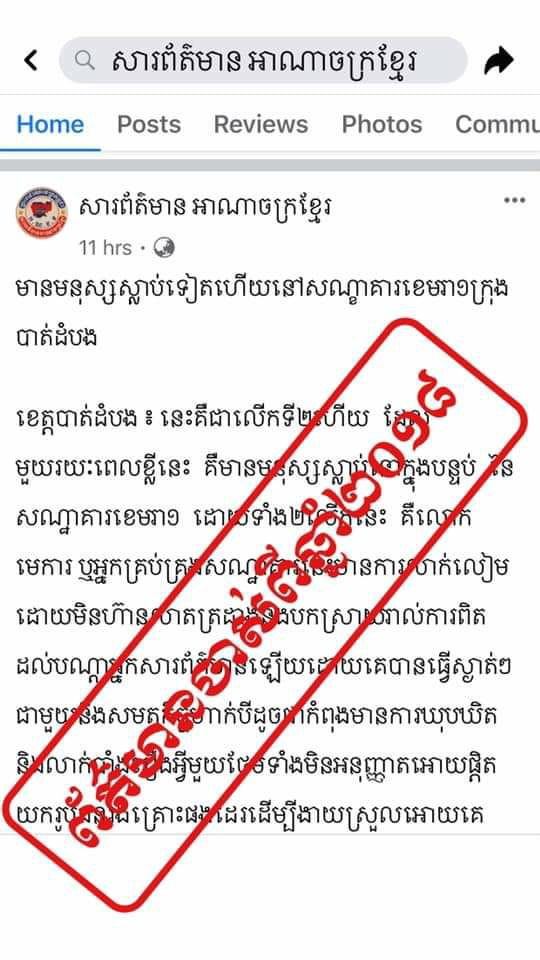