A mentally ill man grabbed a machete and threatened to kill his aunt, who escaped while authorities were investigating. 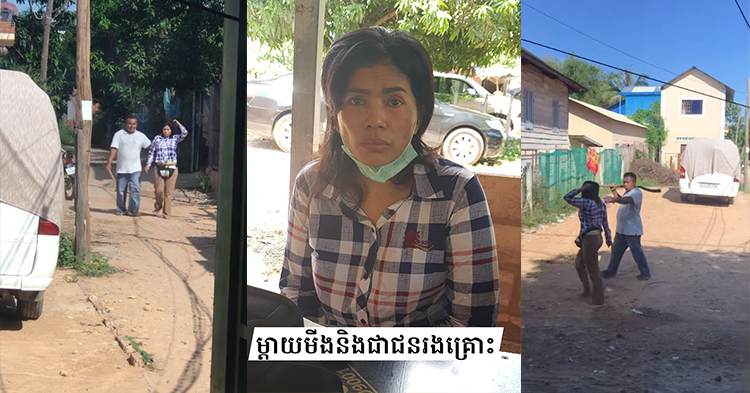 A mentally ill man grabbed a machete and threatened to kill his aunt, who escaped while authorities were investigating.

The Siem Reap City Police Inspectorate added that the man escaped from the police station, and we are searching for him.

No one was injured in the incident and no injuries were reported. Citizen's car because of the nervous person walking on the road while the state is traveling on the road.

The inspectorate asked for permission from the victims to disclose to the public the safety of the rescue and protection from the authorities.

Siem Reap City Police Inspectorate confirmed that the case of Em Panha, a 27-year-old man with a mental illness in Vihear Chen village, Svay Dangkum commune, Siem Reap city. Acting with a machete on a white 2020 Master car, intimidating the owner to get out and the nervous person opened last 08:30, July 18, 2020 in Vihear Chen Village, Sangkat Svay Dangkum, Siem Reap City, now the Svay Dangkum Administrative Police Station of the Police Inspectorate Siem Reap City cooperated with the Bureau of Serious Crimes, the Ampil Administrative Police Station and the Prasat Bakong District Police to search for the car at Thnal Bak village, Ampil commune, Prasat Bakong district and handed over to the victim as the victim to manage, maintain and repair for use. .

As for the nervous person, he escaped and our police force is searching for him, but he has not been arrested yet. . Phin Pheak, a nervous person, is 1.65 meters tall, dark brown, weighs 80 kilograms, wears blue jeans and a short-sleeved T-shirt. Khieu, according to the clues, the person is in Banteay Srei district. Please cooperate to detain this person and report to the authorities.

A psychiatrist armed with a machete in his hand took a woman known as his aunt hostage. Gradually ordered to follow his orders by crawling and saluting because he was afraid of losing his head, which was very shocking.

Fortunately, he later learned that the woman had been released. However, this person still smashed the windshield of the car he was riding on the road, which made the car owner very scared and ran away with his head in his hair. He forgot to take the keys with him and got on the bus and left, only to be hit by a car. Roads.

The most shocking incident happened around a shop near Build Bright School in Vihear Chen village, Svay Dangkum commune, Siem Reap city in the morning July 18, 2020. This is according to the posting from Lyhuong Mombunhak's Facebook account.

In connection with the above incident, according to the Facebook account of Bor Reaksa, he did not confirm that "Please "Know the above suspect, he has a mental problem, now the police are operating hotly to catch the suspect." By: Kolap 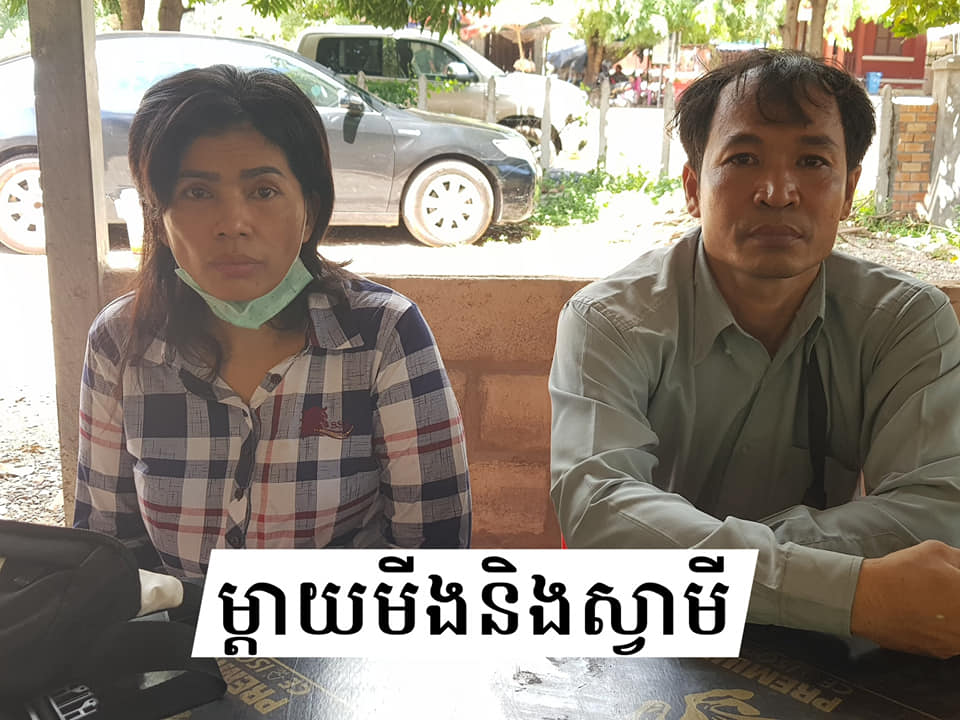 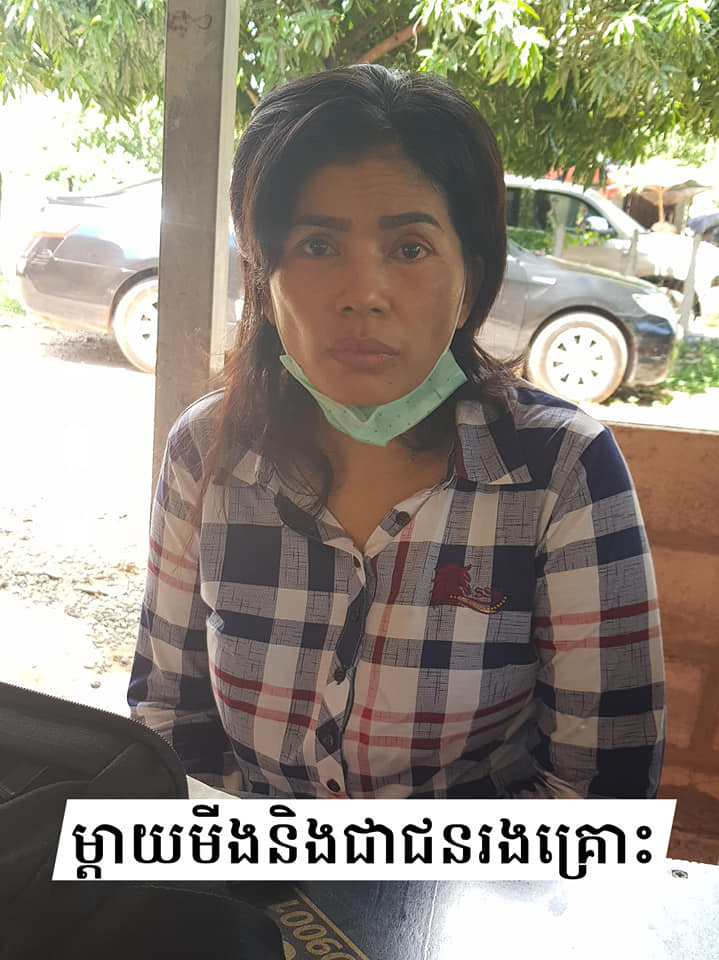 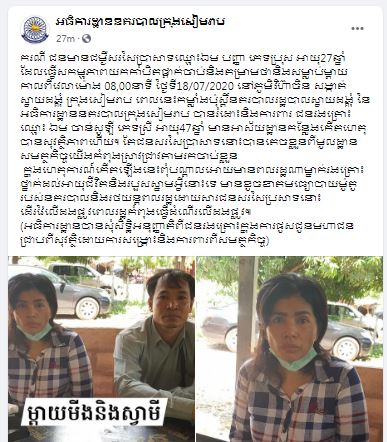 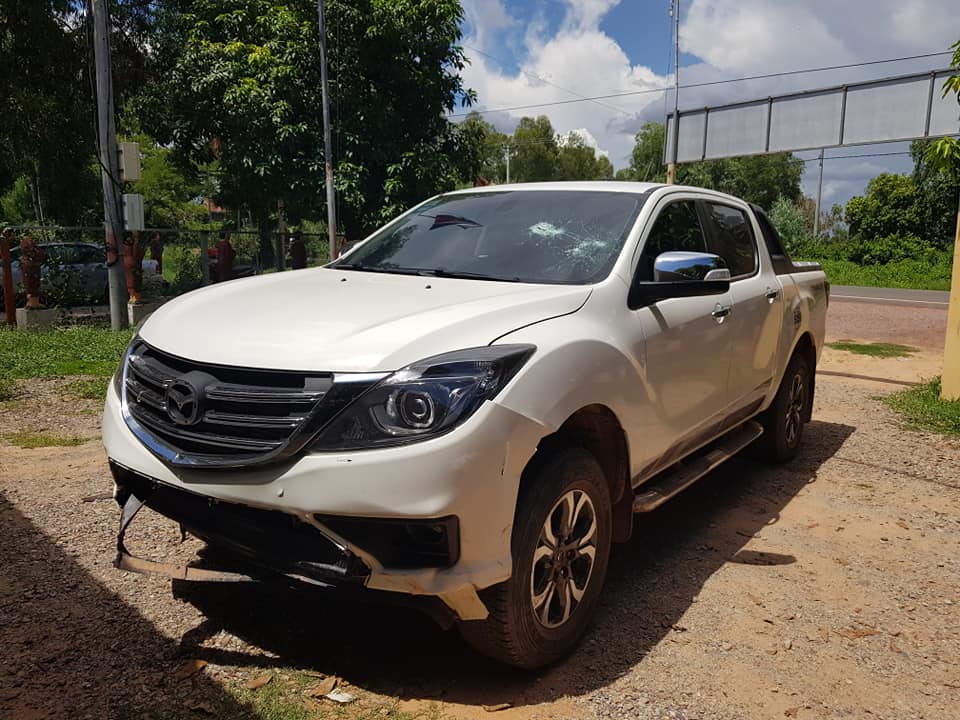 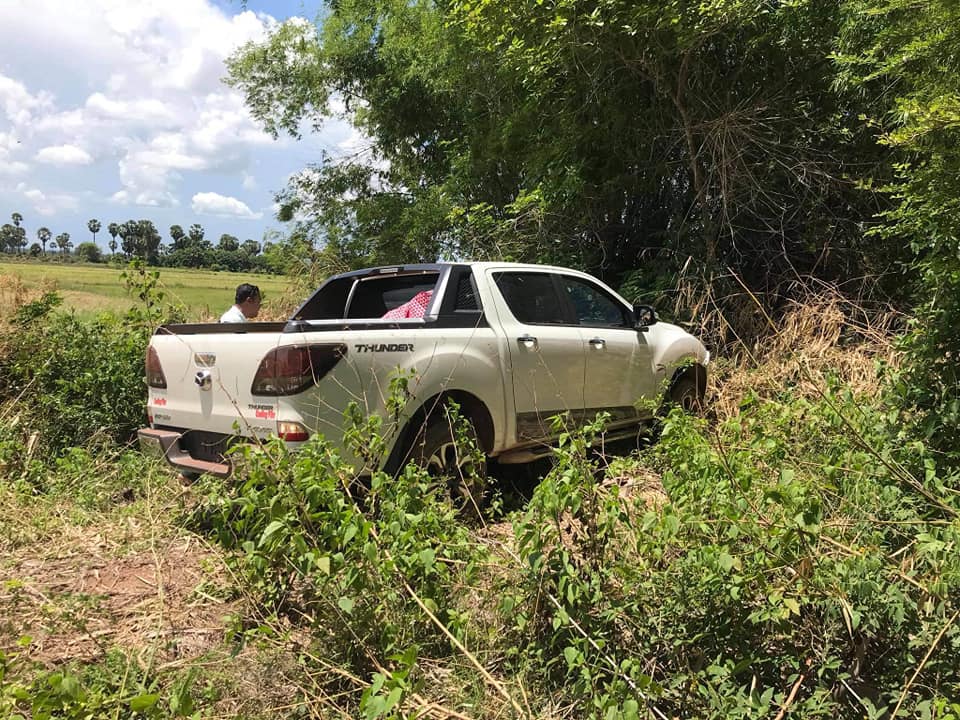 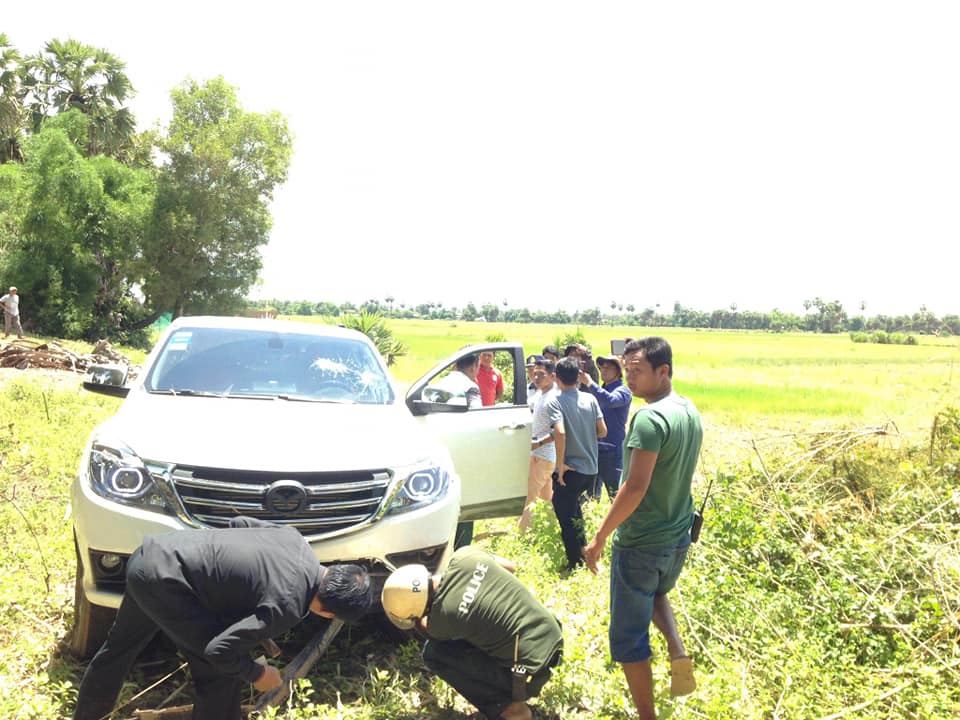 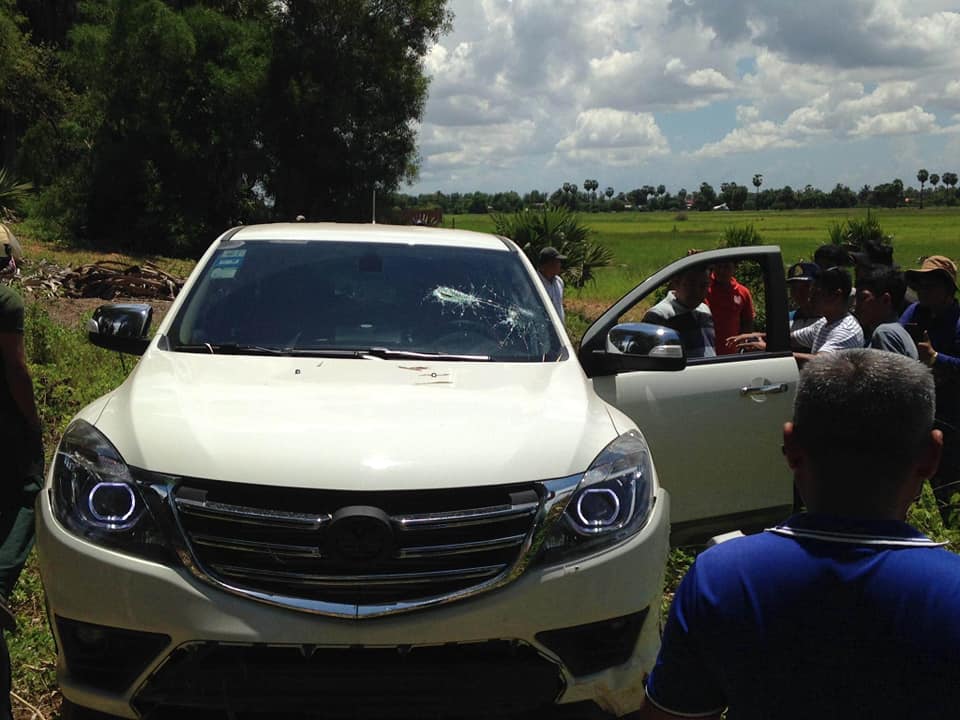 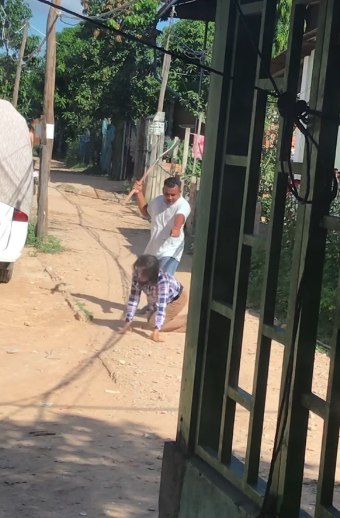 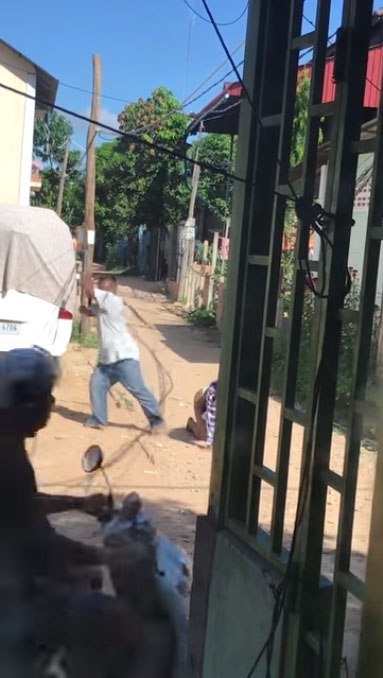 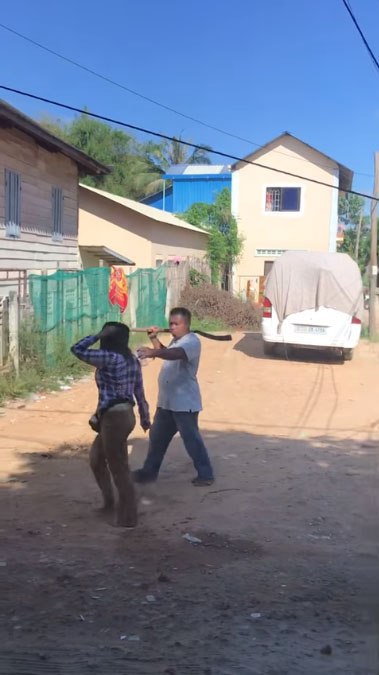 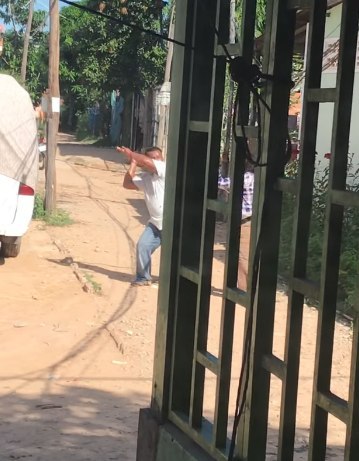 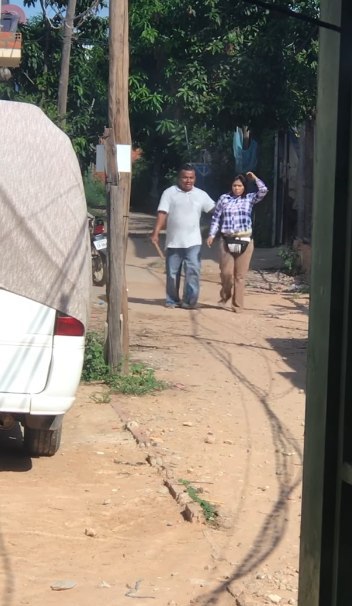