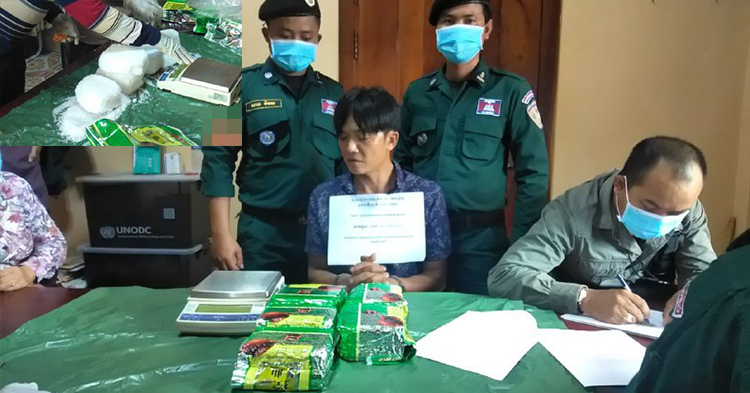 Authorities launched an investigation and crackdown on five large-scale drug storage cases. After the arrest with exhibits. Police sent to Stung Treng Provincial Police for questioning over drug smuggling from Laos into Cambodia via the Stung Treng port.

Under the auspices of the prosecution, the law enforcement officers conducted public testimony tests
Doubtful. Apparently, the evidence seized from the suspects contained five large packages of 7117.47 grams of methamphetamine. (ICE).

Later in the evening, the Lao national was at Stung Treng police headquarters under questioning and a case file along with evidence sent to escort Provincial Court to Follow Procedure ៕
By: Sokhom 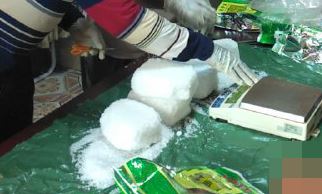 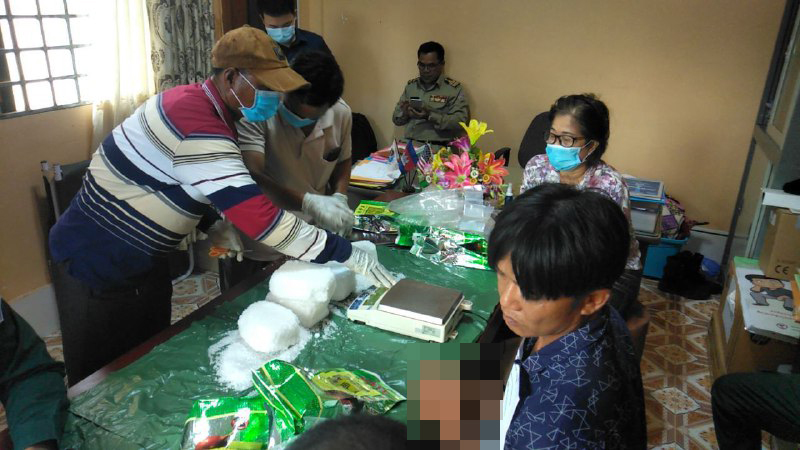 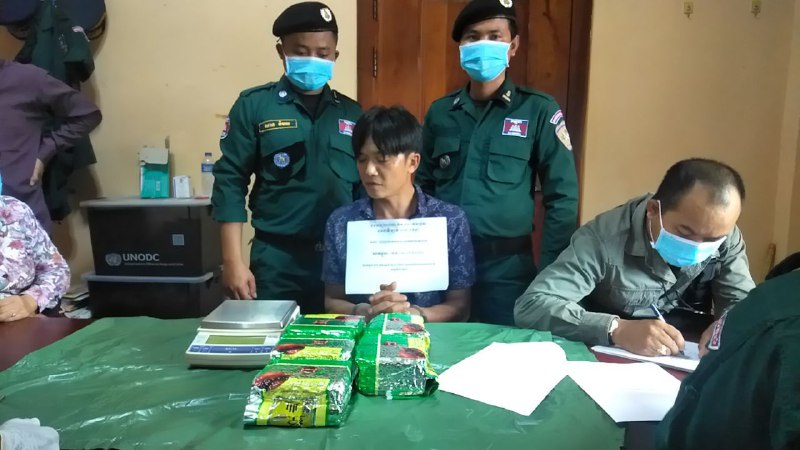 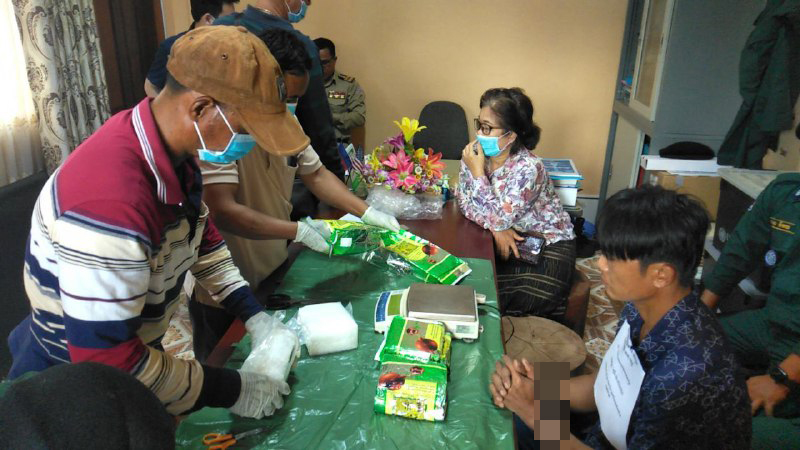