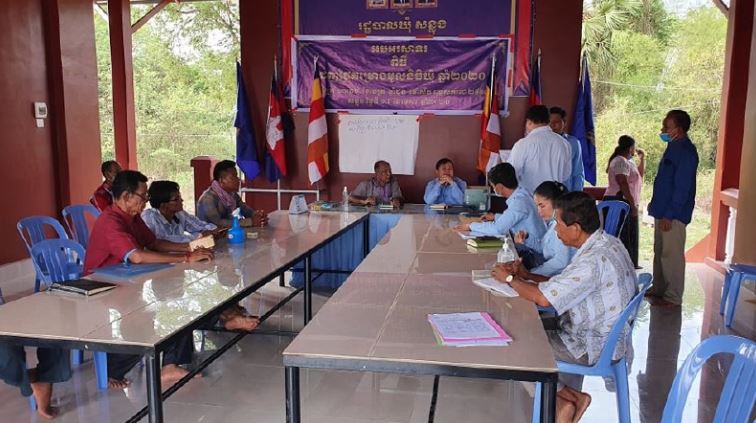 Villagers added that after the development of the village, the company received a sub-project, they distributed dividends. Tea in agreement with National Road 2 near the gate of Wat Phnom Kleng, west of Takeo province.


It would be highlighted that the project for the auction in Kbong commune was to be constructed with a natural gravel road. 275 km wide, 7m wide, 200mm gravel, M1: 1.5, 800mm diameter, 7m wide, 7m wide One wheel and one project logo. Estimated value is 188,493,035 riels (one hundred eighty million, four hundred ninety three thousand thirty-five).
Of these, three Khon Cheung auction recipients put the auction down to just 181,000,000 as a percentage. Down by -3.98%, however, is a Village Construction Company with Dul Seng Huot receiving the project.

The auction, which appears to be the opposite of Koh Andet commune, on the same day is a bid for a 0.579-acre concrete road project. Its width is 4.50 meters, 150mm thick and the name of the site is estimated at 264,851,155 riels (two hundred and sixty-four million eight) Hundred and one thousand one hundred and fifty-five riel).
After receiving the bid, there was competition between the recipient and auctioneer down to KHR 149,000, equivalent to -43 , 74% implemented projects by Heim Kimhung with 6 companies competing.
People ask the Takeo provincial investment planning director to reconsider irregular bidding in Phnom Penh. Takeo 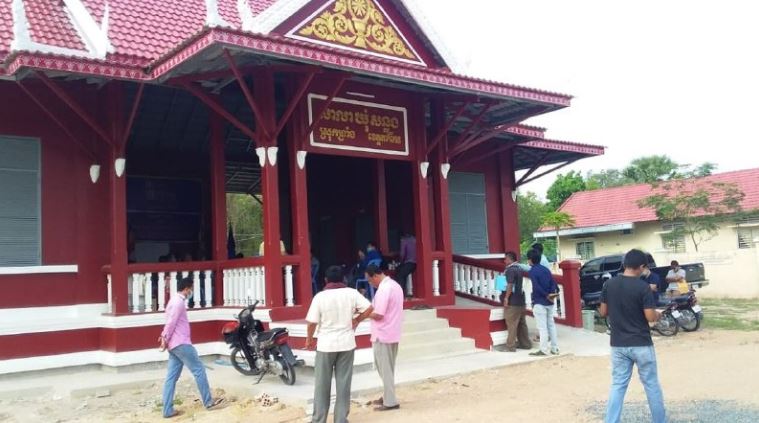 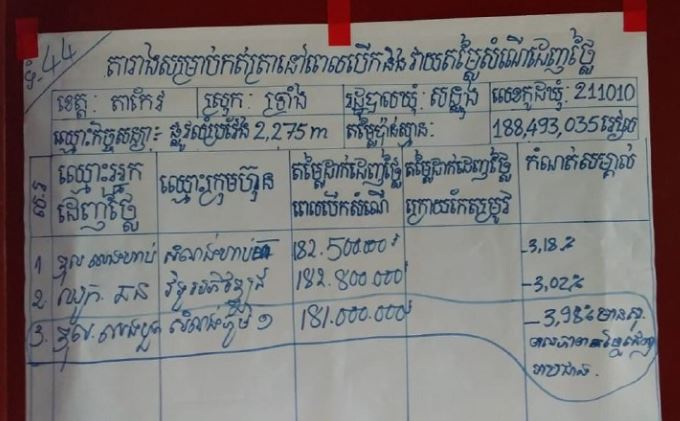 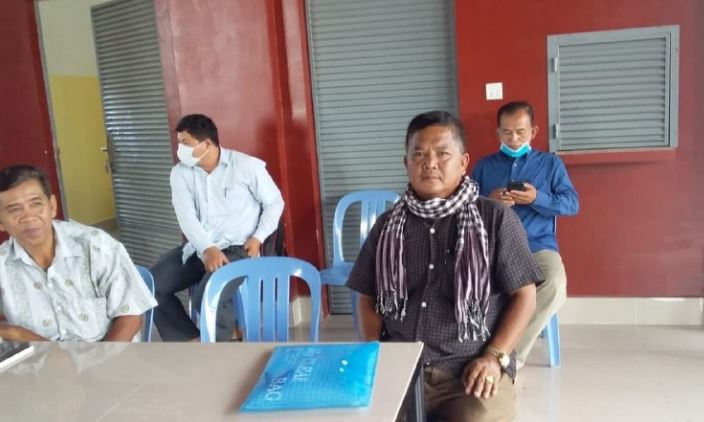