A hunter shoots a white-tailed monkey in the center of the head, causing it to die 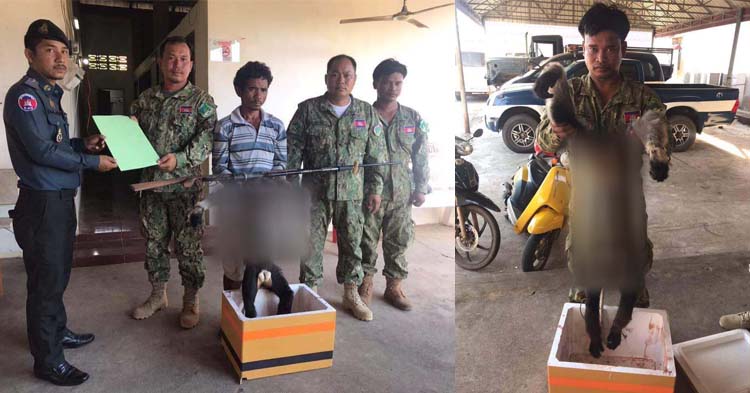 A hunter shoots a white-tailed monkey in the center of the head, causing it to die

Authorities have confirmed that the suspect who killed the white-tailed monkey, Nam Yon, 35, a farmer, lives in Svay Rieng village, Ta commune. Lat, Sesan county. Authorities also confiscated one monkey (a type of white-tailed monkey) and one improvised weapon (air gun). After the incident, the Stung Treng Provincial Armed Forces, under the direct command of Brigadier General Ieng Vandy, immediately searched in cooperation with the military police. The country has even been under arrest for suspects.

Neth Pheaktra, Secretary of State and Environment Ministry spokesman, on the night of June 12, 2020, expressed regret and strongly condemned the shooting. White-tailed macaques in Stung Treng, a rare species in Cambodia and the world.

Suspects killed by white-tailed macaque will be sent to Stung Treng provincial court for legal action Tomorrow. The Ministry of Environment has now received the suspect from Stung Treng Provincial Arms. White-tailed monkey's body was burned to death on June 12, 2020 .

According to Pheaktra, there are now more than 20,000 white-tailed monkeys in Cambodia. The eastern and northern parts of the Mekong River are in Mondulkiri, Stung Treng, Ratanakiri and Preah Vihear provinces. Mondul Kiri is the province with the largest number of white-tailed macaques, especially in the Keo Shema Wildlife Sanctuary.

Additionally, on behalf of the Ministry of Environment, Mr. Neth Pheaktra called on the people, especially those in the mountains, to stop hunting for food or food. For the sake of profit, some wildlife is now extinct. By: Kolab 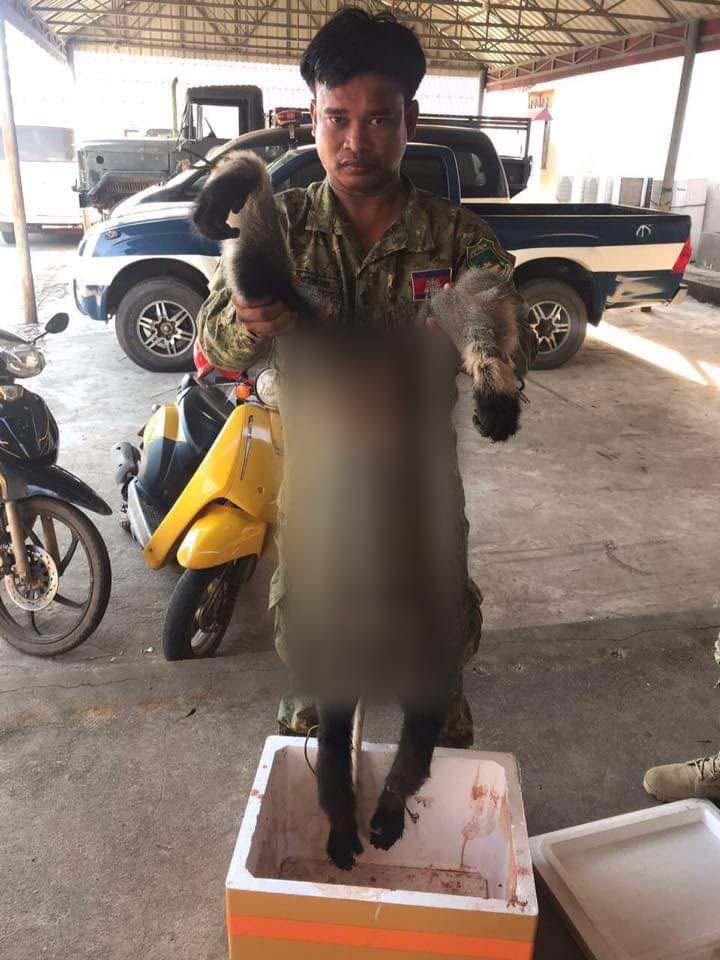 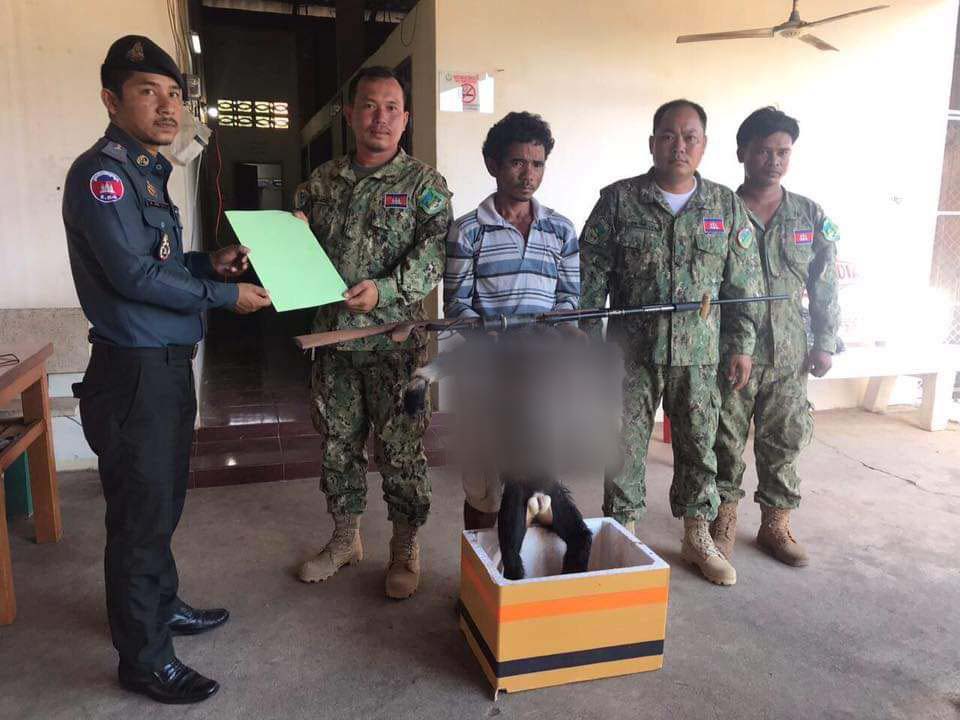